"Be countercultural when preparing for Advent," advises the Rev. Carol Cook Moore. She recommends several strategies for laity and clergy to provide a haven for worshippers and community members during Advent. 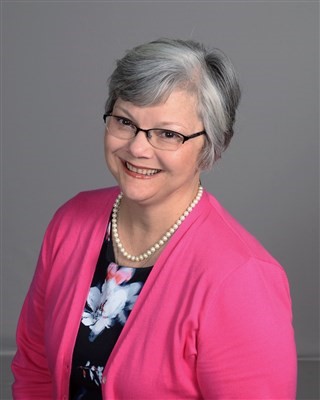 Cook Moore offered the ideas in 2015 while serving as assistant professor of worship and preaching and chapel elder at Wesley Theological Seminary in Washington. Today, she is senior pastor at First United Methodist Church in Alva, Oklahoma.

Let your Advent giving be about relationships, rather than giving based solely on feeling good.

"Everyone has an angel tree," she says. "Ask yourself, ‘What makes ours different?'

"One way to make it different is to adopt families for a year — not just for the angel tree. We need to be building relationships with them and offering resources so they receive basic needs all year," Cook Moore says.

She recommends congregations not be building-centered. Instead, seek to take the message of Christ's birth and life into the community.

"We need to be moving out of the church completely for some of our services," Cook Moore explains. "Hold a candlelight service somewhere in the community. Include prayers and songs for people who have lost loved ones within the past year."

She advocates for listening to your neighbors. "If you have a homeless ministry, ask the people served, ‘What is Christmas for you? If you could pray for one thing, what would it be?' Talk with them about waiting. Then compile their answers and write prayers to use in coming services.

"It's scary to engage with the other," Cook Moore continues. "But respecting and valuing them by listening beats any trinket we might give."

Cook Moore, who leads retreats and workshops on Advent, advises starting Advent-themed sermons a few weeks before the beginning of the liturgical season. "Take the time to explain what it is. Then, introduce Advent rituals very slowly. Mirror the waiting in faith."

This includes the music. "Don't rush toward doing Christmas songs. During the first and second weeks (of Advent), sing hymns about waiting. These can be contemporary. By the third week, start singing Christmas songs that teach about Jesus coming. Hold off on songs that are so focused on the birth."

"Offer at least one night a week during Advent where children are cared for so parents can relax or shop," says Cook Moore.

And counter to what so many churches do, she suggests, "Encourage the tradition of the children's Christmas pageant, but hold it after Christmas Day. Space it out so it's not so crammed into three weeks."

Cook Moore urges congregations to be at the top of their game with hospitality. "Be more welcoming by posting greeters outside (yes, outside in December), and have plenty of directional signs. In the church, get rid of insider language. And have explanations in the bulletins or on the screen."

She encourages hospitality to all — visitors and congregants alike.

"Even those who have enough shouldn't be condemned and judged about the consumerism of the season. This alienates people. We need to give people alternative experiences and create opportunities to connect with them," Cook Moore says. "Inviting them into silence in worship is countercultural. Offer them space in which to reflect."

This space and peace you will be offering will surely be a countercultural haven.

Reprinted with permission from www.wesleyseminary.edu/ecalling/countering-the-culture-at-advent.