The United Methodist Committee on Relief (UMCOR) provides humanitarian relief and disaster response in the United States and internationally. Our efforts target places where natural disasters, war, or conflict have done so much damage that communities are unable to recover on their own. While UMCOR is not a first-response organization, it stands ready to accompany communities in need over the long haul of their recovery until they are well on their way to establishing a “new normal” after a crisis.

As the humanitarian relief and development arm of The United Methodist Church, UMCOR transforms and strengthens people and communities.

Compelled by Christ to be a voice of conscience on behalf of the people called Methodists, UMCOR works globally to alleviate human suffering and advance hope and healing.

Volunteers are critical in many aspects of disaster response and relief. UMCOR works in partnership with annual (regional) conferences to create opportunities to serve. Currently, communities in Puerto Rico, Florida, Oklahoma, Texas, and other places are receiving volunteer teams to assist with recovery and rebuilding.

Through UMCOR, United Methodists extend loving care to people within the United States, Africa, Asia, Central and South America, the Middle East, the South Pacific, and the Caribbean islands. Survivors are considered partners rather than victims, and UMCOR works to empower them. Empowerment includes disaster preparedness, equipping partners and volunteers with skills and systems to respond to disasters before they happen. Wherever possible, UMCOR cooperates with other aid organizations to extend its reach. UMCOR also supports United Methodist churches to provide direct ministry to those impacted by disasters. Annual (regional) conferences responding to disaster may receive training, capacity building, supplies, and funding. 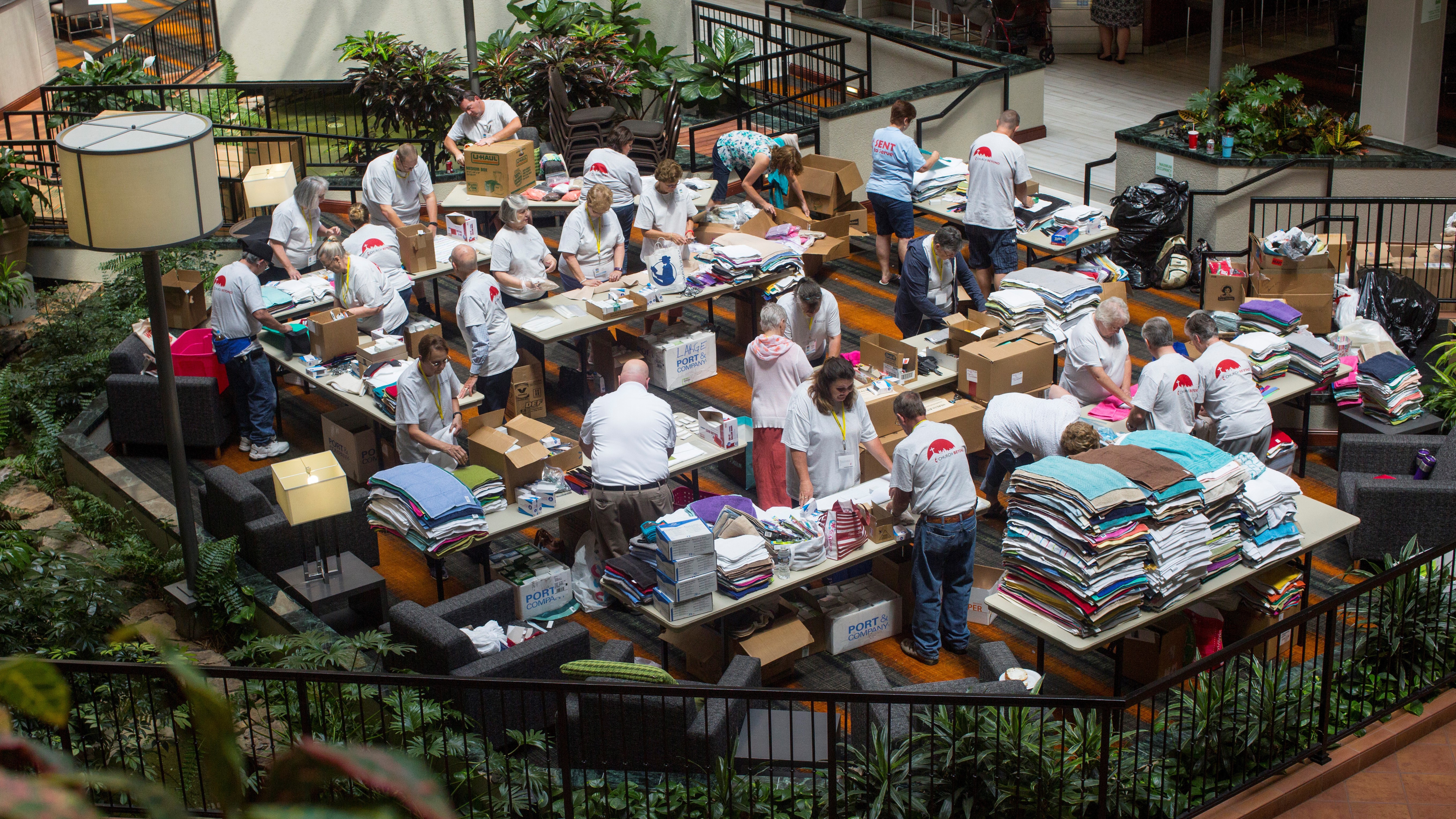 Relief supply kits help provide care for the most vulnerable during times of crisis. UMCOR collects school kits, cleaning buckets, and hygiene kits assembled by United Methodist volunteers for distribution after disasters. UMCOR operates two relief-supply depots located in Louisiana and Utah and works with a network of depots across the United States.

But from start to finish, their journey is treacherous. Those who embark on it include Syrians, Iraqis, and Afghanis running for their lives from war and repression; Central American youth fleeing the threat of gang recruitment or death; and Africans escaping poverty and conflict, thousands of whom have died while crossing the Mediterranean Sea in the ill-equipped boats of smugglers. In Asia, Bangladeshis and Rohingya from Myanmar flee repression and poverty, only to be turned away in the rickety boats in which they came in hope of finding safety.

Those who make it to a new place are not necessarily assured they can stay, and many are turned back. UMCOR and Global Ministries are addressing the global refugee and migration contexts guided by four principles: the right to stay and flourish in one’s country of origin; safe passage for those with no viable alternative but to leave; welcoming and belonging, a process wherein migrants, refugees, and receiving communities work together to meet the needs of new arrivals; and support for the returned to help them reintegrate with dignity into their home countries after deportation.

Moving from relief to development, UMCOR works to alleviate suffering around the world by addressing the root causes of hunger, poverty, and poor health through awareness, advocacy, and action. We specialize in solutions that help people become self-reliant. Working through partners — including faith-based nonprofit organizations, nongovernmental organizations, and United Methodist-affiliated organizations — UMCOR provides grants and technical support to projects worldwide.

UMCOR cares about the created world and works to train Earthkeepers, United Methodists committed to connecting their church through projects that care for God’s creation. UMCOR also works with partners to save and utilize energy wisely and sustainably.