The Methodist Church of Cambodia officially came into being in early September at a conference in Phnom Penh. It has 140 congregations, 11 districts, 132 clergypersons, 3,171 full members and average Sunday worship attendance of 6,828.

“This new church is the culmination of many years of collaborative work among five mission agencies, their missionaries and the work of indigenous leaders,” said Bishop Larry M. Goodpaster (retired), the United Methodist bishop assigned to the Cambodia Mission. He represented the denomination at the September 4-7 conference. 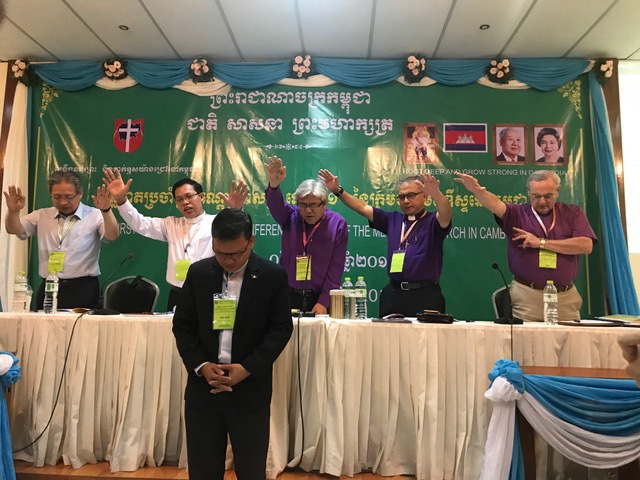 The Rev. Lun Sophy, a pastor of two churches at Siem Reap, a city near the ancient temples at Angkor Wat, was elected president of the new church, officially and originally in Methodist parlance called a “provisional annual conference,” but expected to be autonomous or self-governing.

“We celebrate the movement of God’s spirit in Cambodia,” Goodpaster said in an interview after his return from Southeast Asia. “We also celebrate mission partnership. Collaboration is the way to do mission in the 21st century.”

“Inauguration of the Methodist Church in Cambodia is an important event in our mission history, coming just at the start of our celebration of the 200th anniversary of the founding of what is now the General Board of Global Ministries,” said Thomas Kemper, chief executive of the United Methodist agency.

The five produced a Cambodian hymnal together in 2001. Two years later, under the rubric of “mission initiative,” they began collaborating in evangelism and church growth, missionary placements and leadership development, with  emphasis on preparation of indigenous leaders, pastors  laity. They announced their intention to work toward one autonomous Cambodian Methodist Church.

Of the current clergy, 57 are elders, five deacons, eight members on trial, 26 licensed to preach and 46 lay pastors. 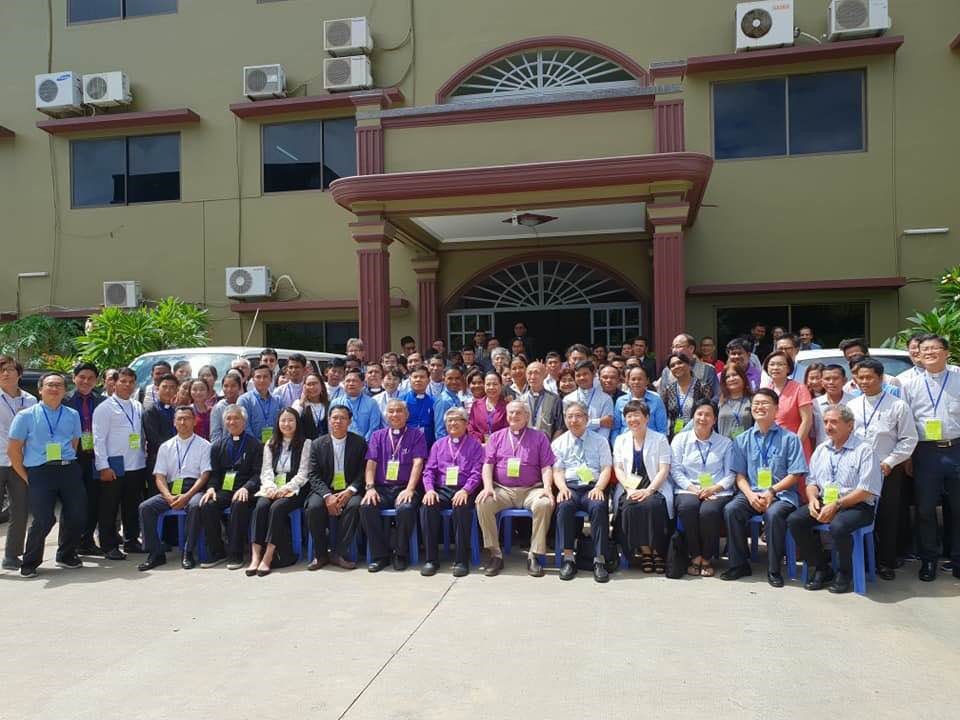 All of the provisional annual conference attendees gather for a group photo. PHOTO:  Kim

Evangelism and new church development are high priorities. Plans are underway to extend the Methodist Church into the five (out of 25) Cambodian provinces where it is not currently present. The first Methodist church in Mondulkiri province, population 60,811, is now being built.

While the new church is Cambodian led, the five original sponsoring agencies will continue to supply some support and missionary personnel, according to Kemper. Global Ministries at present has seven missionaries in the country engaged in a range of ministries, including rural economic development.

Formal inauguration took place in a service of worship in Methodist tradition and with indigenous music, the usual practice in Cambodian Sunday services. Bishop Chong Chin Chung of Singapore presided at the service recognizing the provisional annual conference.