People were created
for connection and belonging.


But so often in our world today, connection is difficult — even impossible — due to natural disasters, health crises, or a lack of technology. It leaves people feeling isolated and alone just when they need others the most.

You can help people become connected and [em]POWERED to build a future that includes worldwide participation in an information-driven world.

God calls the Church to be a connected body, and communication is the avenue that allows us to live into this mission. The United Methodist Church is recognized as a faith leader for its solutions and persistence in addressing some of the biggest global problems facing future generations. One such problem is our global neighbors who have little or no access to outside information and modern tools of technology.

Lack of information means not just being out of the loop, but continually falling behind. Information poverty in today's world is debilitating, and will continue to have social, economic, and governance impact on communities and countries. And in times when people are longing for life-changing messages, innovative technology solutions and appropriate communication channels help spread God's love and the good news of Jesus more efficiently and on a far broader scale than ever before.

Insufficient communications systems and infrastructures prevent people across the globe from accessing and distributing messages of opportunity, hope and healing. Global Communications Technology (a United Methodist Communications program) is committed to leveling the playing field, and building upon our past track record for success in Information and Communication Technology for Development (ICT4D). This can be achieved by delivering to communities everywhere the tools necessary to share life-changing and life-saving messages – and that's why we need you.

Through same-day and sustained communications, global mapping, and programmatic partnerships, we can ensure improved communication exists at, and between every level of the Church so that life-saving and life-changing health, community, and faith messages can be exchanged everywhere.

We are a large network of churches and church leaders already on the ground in every part of the world – even beyond where roads end and the walking paths begin to deep remote villages. Religious leaders are known community leaders in developing countries and the information shared by United Methodist pastors and church leaders is trusted.

Together, we have the opportunity to affect great change through the transformative power of information, communication and technology, and to reflect God's hope and love for the world.

Go into all the world and proclaim the
good news to the whole creation.
Mark 16:15 NRSV

We can build self-sustaining community radio stations.
We can provide solar power to support affordable and reliable internet connectivity.
We can build progressive messaging channels with mobile phones.
We can collect and disseminate information with accurate data.
We can equip and train local communicators and pastors.

Accomplishes its goals with 3 strategic programs.

Imagine arriving at work, logging on to your computer and finding that the internet was unavailable. Would you be able to fulfill your responsibilities without email or instant messaging? What if a disaster were to strike or disease to break out? How would you know what to do? Many of us would flip on the TV or search for updates online, but what if these options weren't available?

When Typhoon Haiyan swept into the Philippines, it caused catastrophic damage, destroying homes, tearing families apart, and knocking out all electricity. For days, a lack of communication in and out of devastated areas left the extent of damage unclear. For Rev. Dave Cosmiano, district superintendent in Eastern Visayas, this meant days of wondering what had come of his community.

In times like these, ham radio is a lifesaver. For ham radio enthusiast Genaro Cuaresma, it meant hearing from his colleagues that they were safe even after all the houses had been wiped out. “I had goose bumps,” he said of hearing from his friends.

In areas where power outages and dead spots prevent newer communications tools like internet and cell phones from working, ham radio allows emergency response to prevail. Trained, equipped, licensed radio operators can still direct messages so that rescue teams can be dispatched and recovery supplies can be delivered.

for Same-Day and Sustained Communications

Ham radio is just one of the many strategies used to provide same-day and sustained communications to communities around the world. In addition to this off-grid communications method, your partnership also expands other methods.

In the Philippines, where an average of 20 typhoons hit each year, five of which are destructive, off-grid communication systems, particularly ham radio, not only remains at the tip of the spear for preparedness and response, but also provides hope and peace of mind. Rev. Cosmiano hopes more people will be trained, better equipped with present-day technology, and given ham radio operating licenses. His hope and prayer is that when disaster strikes again in the Philippines, or anywhere in the world, the voice of hope and the actions of the people of the United Methodist Church will bring relief, encouragement, and recovery expertise when life suddenly changes.

By supporting the work and programs of Global Communications Technology, you can make Rev. Cosmiano's hope a reality by equipping and training clergy and laity disaster management teams on the use and maintenance of ham radios. 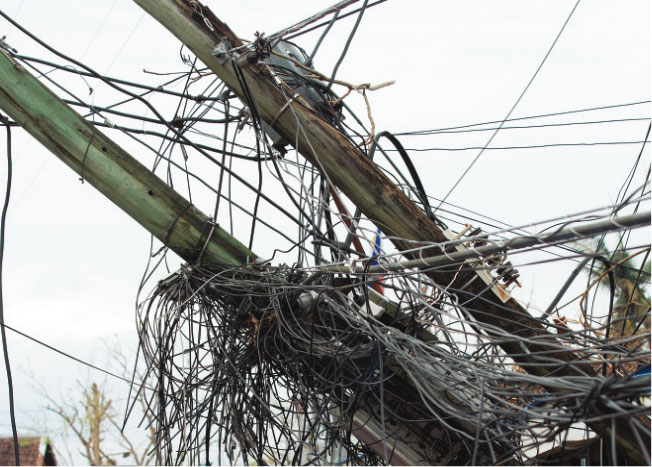 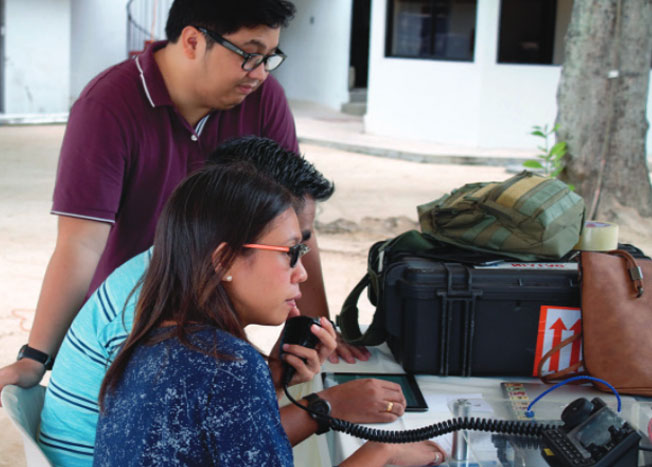 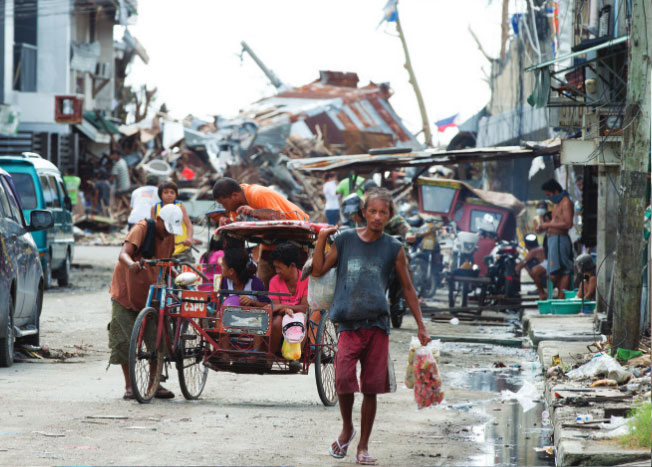 The United Methodist Church is a trusted voice in communities around the world; one that works to be a connected body where relationships can be established and strengthened, and where ideas and resources can be shared. But what if people can't find the local church? Or what if the Church doesn't know that a local church exists or where it is exactly? 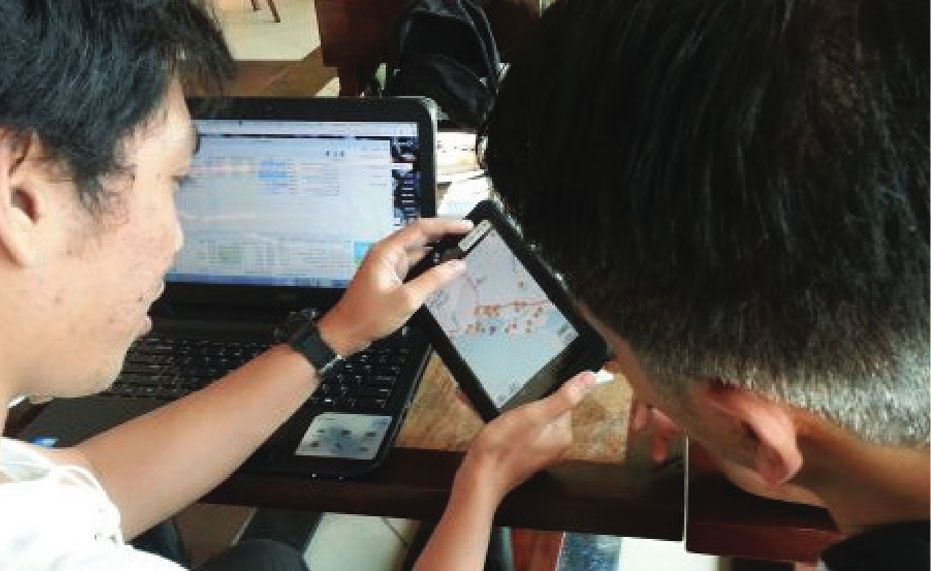 Through a process known as mapping, the global positioning system (GPS) is used to create a database that includes all local United Methodist Churches, their districts, and the annual conferences to which they belong.

To establish a strong communications and technology infrastructure for the United Methodist Church, thousands of church locations must be mapped and added to the Find-a-Church tool.

In collaboration with local communicators, the Global Communications Technology team is collecting the coordinates and relevant data for many churches that have previously been undocumented and under-resourced. When complete, the geolocations, photos, pastors' names, available ministries, and service times will be available to everyone with access to the internet.

The people of the United Methodist Church can bring technology to people at the end of the road and in the bush, and equip them so that they can have access to information. We can put specialists in touch with remote villages for community development, bringing technology and people together in new ways that are beneficial to the community. But to do this, we first have to know where our churches are.

By literally putting churches on the map, we'll be able to disseminate targeted communications to local pastors, which is especially important during times of crisis and natural disaster. We will also be able to connect more people to the local church because anyone with a smartphone or access to the internet will be able to find the nearest United Methodist Church.

Nearly one quarter of all United Methodist members (or 3 million United Methodists) live in the Democratic Republic of the Congo, but we do not yet know exactly where these members and churches are located.

Can you imagine walking a full day to a clinic to receive the life-saving malaria treatment your child needs only to discover the necessary medicine was out of stock? How would you feel if you showed up for seminary to find you had no way to access the textbooks you would need for the semester?


These are not uncommon scenarios in health facilities and schools in some developing countries where technology systems and infrastructures don't allow for the easy and constant flow of communication to which we're accustomed in the United States.

For a team of doctors and administrators at a health facility in the North Katanga province of the Democratic Republic of the Congo (DRC), tracking inventory is a cumbersome and laborious task that never seems to end. Stock must be monitored and recorded by hand, before a staff member physically delivers the paper records to a health board office in Kinshasa. The journey is long and, due to poor infrastructure, sometimes not even possible. But if the records don't reach the health board office in time, life-saving resources and supplies dwindle, and are sometimes simply out of stock when they're needed most.

An exciting new prototype using UMConnect is being launched to address this perilous paper trail. The new model will gather and monitor critical HIV and malaria supply inventory in clinics and other health facilities across the DRC. The system will allow clinicians to submit their reports directly to the health board via text messaging. This new, more efficient model, fueled by a partnership between Global Communications Technology and the General Board of Global Ministries (GBGM), will not only prevent stock-outs, but also save lives!

Solutions like this are made possible through strategic partnerships that allow us to leverage our communications expertise to collaborate and dream with others who have specialized knowledge in areas like health, education, or peace building. When we build channels to connect with subject matter experts in many areas, we can solve problems, respond to evolving challenges, and deliver creative programming to address critical needs.

With your support, strategic partnerships with other organizations can provide innovative solutions, reinforced by improved communications channels and technology infrastructure, around the world. Using text messaging to track life-saving medical inventory is just one exciting way that technology can be used for good.

Nearly one quarter of all United Methodist members (or 3 million United Methodists) live in the Democratic Republic of the Congo, but we do not yet know exactly where these members and churches are located.

For the health workers who have to turn away the sick because their inventory of life-saving medicine has been depleted.. 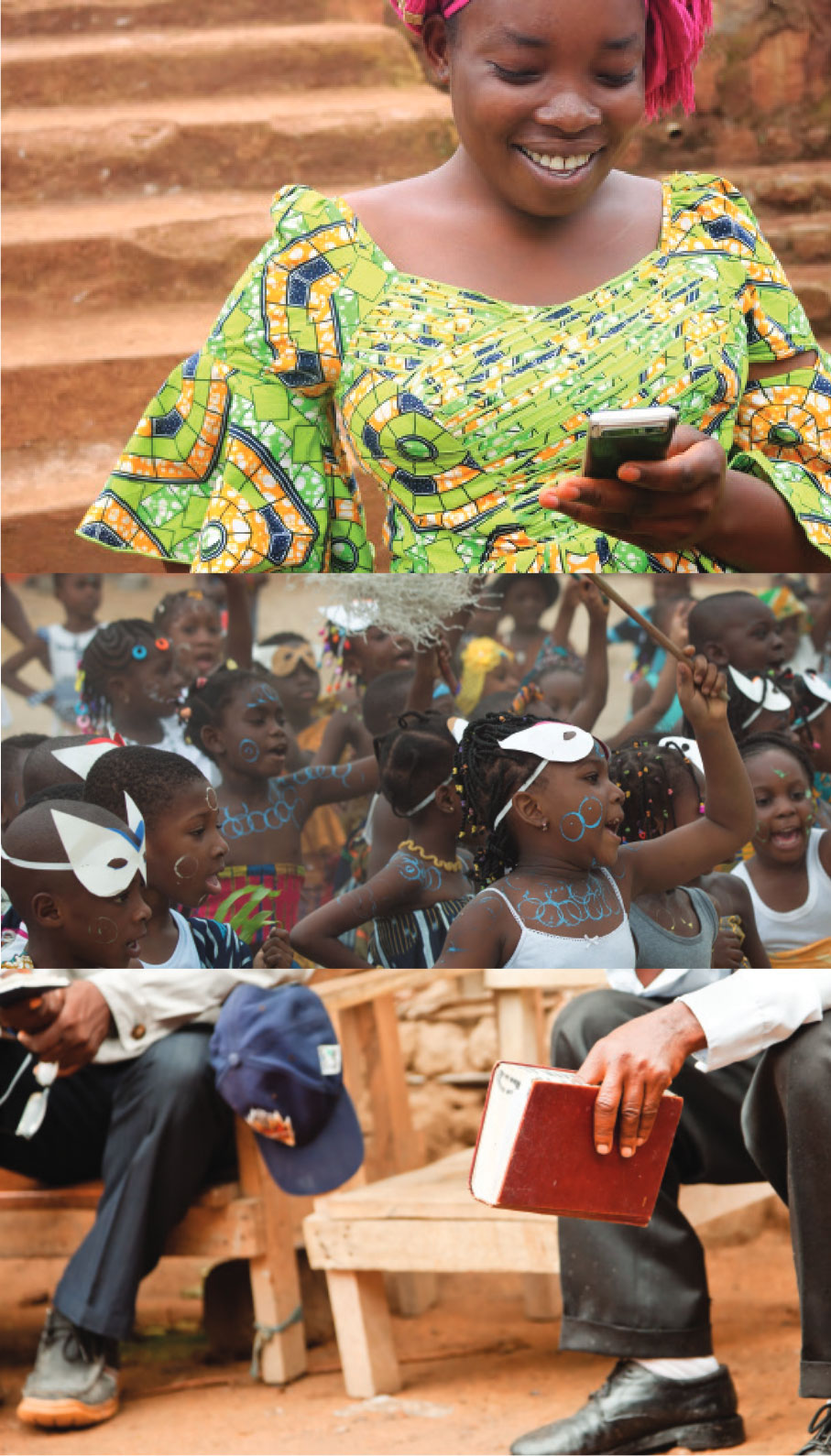 You can create life-saving and Church-changing impact today. Get people connected and
[EM]POWERED through Global Communications Technology.

For more information, or to give to this important mission, please contact the
Foundation for United Methodist Communications:
Phone: 866-521-1179    Email: [email protected]