21st-century Technology and the Church 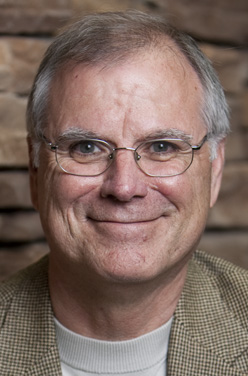 Several years ago, the U.S. Census Bureau stopped trying to define the typical American family. Forty percent of children born in the United States are born to single mothers. The number of children born to mixed-race parents outnumbers those born to parents of the same race. With so many variations of family life from blended families to grandparent-headed families to single-parent families, no single version is typical.

A faith community committed to reaching out to its community must be sensitive to the way people live and adjust its outreach to meet them where they are. It must not assume that what has worked in the past will work today.

This challenge of meeting people where they are is not unique to the United States. For example, the median age in the Philippines is 23. These young people have taken to new media like ducks to water. They have made the Philippines the text-messaging capital of the world.

Filipino people are traditionally communicative and hospitable. Not surprisingly, young Filipinos utilize communications technology to complement and extend this basic cultural trait. However, it also changes the social context in which they interact and live daily.

Africa is an awakening giant. A rising middle class is developing in many countries, and a generation of technologically savvy young Africans is changing the continent. The average age of the African population is 18, and 40 percent of Africans are younger than age 14. That is 416 million people.

Africa has bypassed landline telephones to leapfrog into mobile phones. The continent has experienced the fastest growth in mobile-phone subscriptions of any region of the world. It is on track to reach 1 billion mobile subscribers by 2015.

A common thread runs through this tapestry of social change. The thread is new technology and the media it supports. In these early days of the 21st century, it looks as if we're in the technology century, and the technology is disrupting whole continents, if not the world. Bill Gates, Microsoft founder, says, "The Internet is becoming the town square of the global village of the future."

These media present an exciting challenge to the church. The instruments and the content they serve are creating new forms of intimacy, self-awareness, social status and family connections. Some of this is wonderfully good, but not all. Some is harmful, isolating and, when filled with unrestrained language of hate, very damaging.

This is even more reason for the church to be in this environment, offering content containing values that are wholesome and humanizing, reminding people that we believe in a God of grace who loves us. And because of God's love for us, we can love each other and ourselves.

If we believe these media can tell the story of God's love, as surely as Jesus told stories in his day in oral tradition (the medium of the culture in his day), then these media can be empowering and redemptive.

They can foster new leaders and assist in building community. They can provide young, single mothers, as well as other young parents, information to help them be more nurturing parents.

In Africa, mobile banking has leapfrogged over traditional banking and spurred participation among people left out of the traditional economy. This is creating a cashless economy with mobile money.

These media connect people in rural parts of the world. They can help map unmapped places that are currently out of sight to the world outside. These are community-building outcomes.

They contain the store of the world's knowledge. When we make that knowledge available to those who lack access, we contribute to a more literate and informed populace. Digital books are now accessible on even the most basic mobile phone.

Social messaging is advancing the work of the church in bringing accurate health information to people who live in countries with broken health systems. It is also helping young people find their voices for self-expression and civic participation. This influences elections, governance and accountability.

In short, the church must be in the environment where people live, and in the 21st century, we live in a communications environment that is shaping our relationships, behavior and interior selves.

In the final analysis, this, too, is God's world, and we must be at work in the environment, seeking to bring awareness of God's love for the world to all people.

The Rev. Larry Hollon is publisher of Interpreter and general secretary of United Methodist Communications. Read his FAITH MEDIA + CULTURE blog at www.larryhollon.com.