A new leader for a new future

Dan Krause was not a part of the groundbreaking cast who charted the course of United Methodist Communications' rich and storied history, but he plays a starring role in its future.

The General Commission on Communication tapped the seminary-educated, former corporate marketing VP to lead the denomination's global communication agency beginning in June 2015, bringing with him a combination of business savvy, a heart for meaningful work and experience in teaching a team about the spirit of service.

“I’ve always been interested in business, but I also felt a calling to make a difference in the world,” says Krause. “My initial career brought me to the airline industry, but I always knew I’d want to go into some sort of non-profit setting where I can find deeper meaning in work that reflects my values.”

Having kids fast-forwarded that career move. “It makes you evaluate your life and what’s most important – and how your life reflects your values,” says Krause. “How do you balance your family, your career and your faith in a meaningful way?”

In the United Methodist Communications chief exec post, Krause saw a compelling opportunity to tell the story of the positive impact United Methodists are making in the world, as well as to be a uniting voice. So what are his goals for the agency?

“I’d like for us to be known as a collaborator across the denomination, a party that brings our agencies and churches together and creates dialogue in respectful ways. I’d like us to be known for providing resources that are engaging and inspiring and that lift up all the great work of our denomination. And I’d like for us to be known as communication leaders, sharing the message of God's work in the world so that lives are transformed through our ministries and participation in our faith communities,” he says. 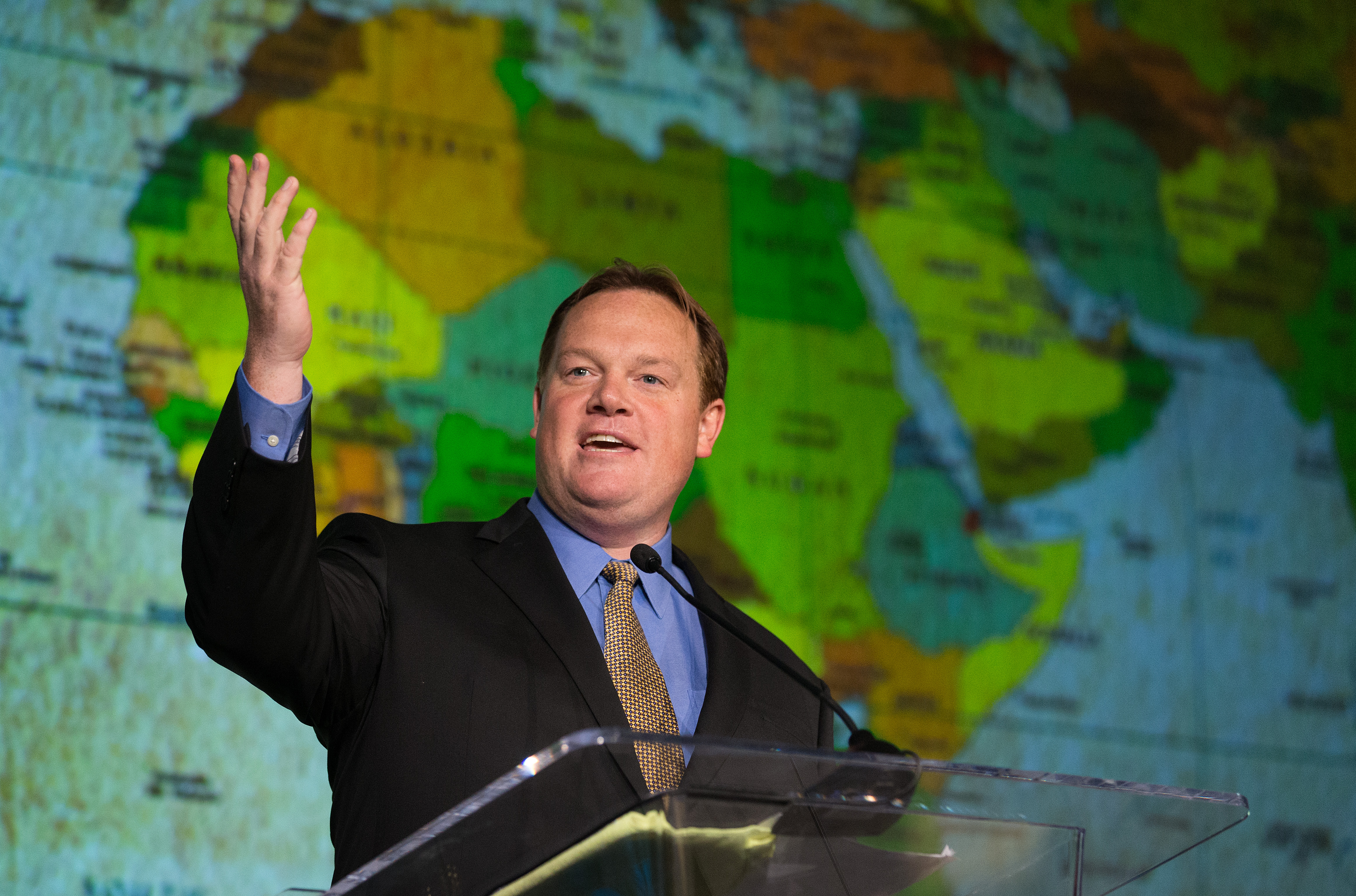 A global voice for a global church

United Methodist Communications’ new leader is pretty much at home anywhere around the globe, thanks to a life of travel abroad. “My parents showed me a lot of the world,” says Krause. In fact, by the time he entered elementary school, he’d been to every continent except Antarctica. Add to that a career in the airlines industry, and he has been to about one-third of the world’s countries – more than 60.

That wanderlust has prepared him to tackle one of his goals for United Methodist Communications’ future direction, which is to more globally represent the church. “It was really formative for me, the chance to see other cultures and the diversity around the world.”

“I’d like to see United Methodist Communication be a global voice for the denomination. And I’d like to form stronger relationships with local churches around the world who are looking at how to communicate in their local communities, whether that’s creating strategic marketing plans or using new and innovative communication tools,” Krause says. “We want to be a more accessible resource to help them shape their communication strategy and be in partnership.”

“We’re in an era where people are mobile and social, so our resources need to be available in formats that are available where people are,” says Krause. “But we serve very different demographics in our churches and we have to balance that. We have people who prefer using traditional communications means, whether it’s a print magazine or a church bulletin.”

“My mom, my grandma, they are on computers, email, Facebook, so it’s not necessarily a generational trend. I think there are just pockets where some people embrace technology. And there are a lot of opportunities for mobile communications, not just in the U.S. but in Africa and the Philippines. For example, United Methodist Communications was at the forefront of using text messaging in the Ebola crisis.”

Technology down the road

In June, Lexus announced that they’ve created a hoverboard, not unlike Marty McFly’s in Back to the Future. In a day and time when mind-boggling technology is expanding by leaps and bounds, what role does it play in the church’s future?

For one thing, it’s changing the way people live their lives. They’re interacting with multiple media at one time.

“No longer do you sit on the sofa and just watch a TV show,” says Krause. “You might also have an iPad in your lap while texting on your phone. Communication has to change to communicate effectively and concisely when you’re not getting people’s undivided attention.”

He says United Methodist Communications will continue to embrace emerging technologies and then innovate beyond that.

Krause thinks the future is likely to hold a stronger convergence of technologies.

“The Fitbit on my arm knows about my activity today, while my car has a navigation system that knows where I need to go and the most efficient way to get there. At some level, will my car know what is going on with my Fitbit, which somehow relates to an overall plan held in some app in my phone for managing my life balance? And then how does my faith play into all of that?  I think there's a huge opportunity for different technologies to relate and communicate with each other.

“But technology is an adventure; you never really know.”