A valuable gift of nets and fish

BATTICALOA, Sri Lanka – A $3 mosquito net can mean the difference between life and death for people in Sri Lanka. However, that amount equals three days’ wages for many. Thanks to a local nonprofit and financial support from Global Ministries, families have hope for survival.

From January through July 2017, Sri Lanka experienced an outbreak of dengue fever, a mosquito-borne viral infection. It was the largest outbreak the country had seen in more than 14 years. The government requested all households to cover their wells with nets to prevent mosquito breeding. Not everyone could buy a mosquito net, though. 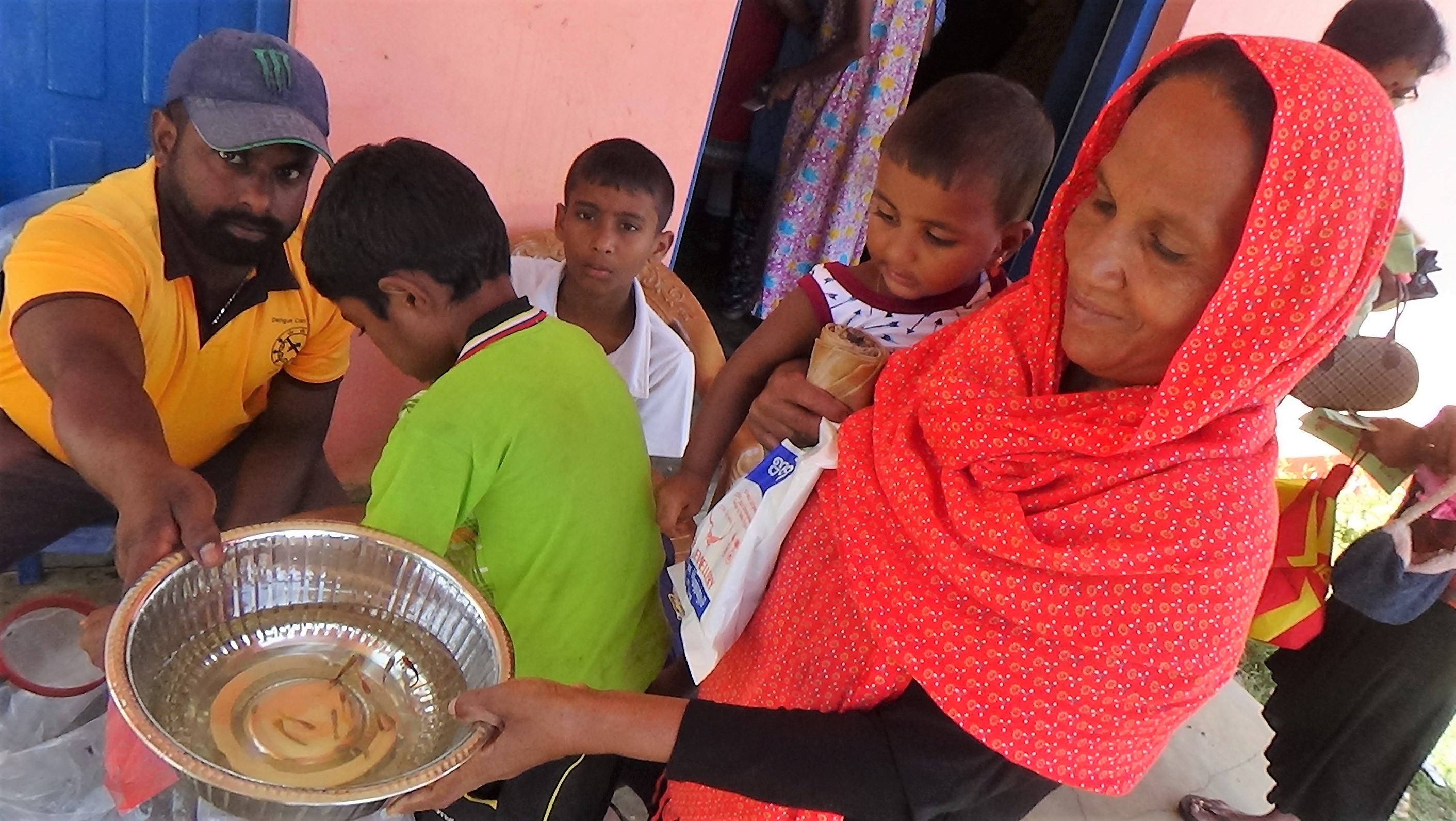 Vanitha, a young widow, cares for her son and her mother. As the breadwinner, she cleans local restaurants or does odd jobs at construction sites. Her daily income is less than 500 rupees, which is the equivalent of $3 USD a day. Vanitha couldn’t afford a mosquito net.

The virus infected Vanitha’s son. She took her critically ill boy to the hospital where he was treated for dengue fever. Thankfully, he survived. After witnessing the effects of dengue fever firsthand, she didn’t want to see her family succumb to the virus again. However, she still could not afford to purchase a net.

Larvivorous fish were stored in breeding ponds at the Ministry of Health and then distributed through AMCOR. PHOTO COURTESY OF AMCOR

After inspecting homes, AMCOR health volunteers taught recipients about how to cover their wells with mosquito nets and how to introduce the fish into water systems. “I was so worried,” said Vanitha. “But then, AMCOR health volunteers visited my house for inspection.” After inspecting her home, AMCOR gave her a mosquito net well cover and larvivorous fish, which help to control mosquito breeding. “Covering our well with a net and introducing fish to the well is a timely help to me,” she added. 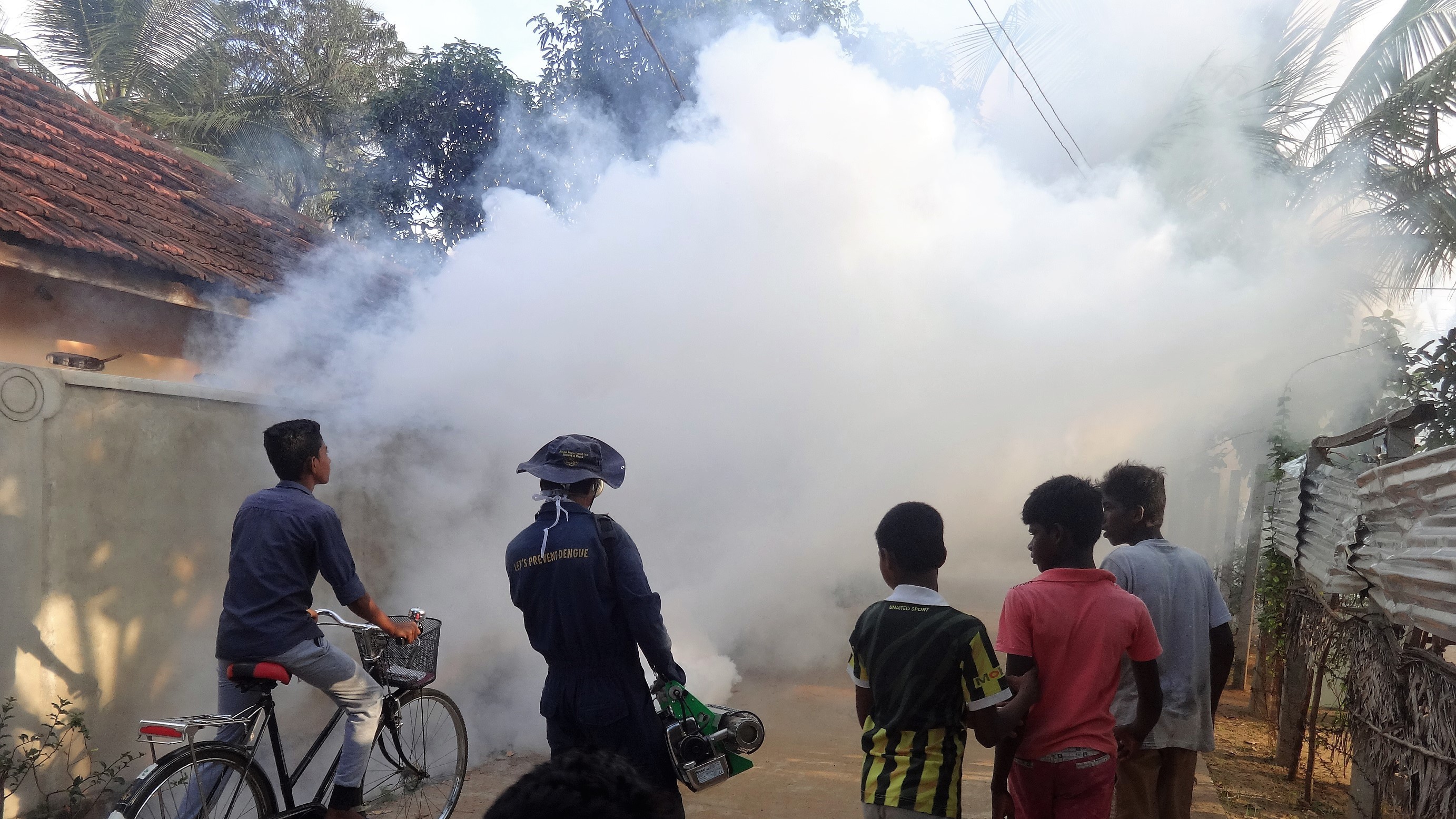 Children gather around an employee from the Ministry of Health using equipment supplied by AMCOR and Global Ministries to kill mosquitos in the area. PHOTO COURTESY OF AMCOR

The United Methodist Church has a strong connection in Sri Lanka. Following the Indian Ocean tsunami of 2004, UMCOR opened a country office to respond to the needs of survivors. After 10 years of service, UMCOR closed its operations in Sri Lanka and passed the torch of humanitarian aid to AMCOR. Today, AMCOR carries on UMCOR’s standards for economic and sustainable development and seeks to meet the needs of the most vulnerable.

“I am very happy,” Vanitha told AMCOR officers. “I will never forget this valuable gift.”

*Bella Simonetti is a communications specialist for Global Ministries.