Just as Jesus spent 40 days alone in the wilderness, fasting and facing temptation, Christians also enter into the 40-day season of Lent as a time of introspection and self-evaluation, often accompanied by an emphasis on repentance and sacrifice.

Many churches kick off the Lenten season with an Ash Wednesday service and some congregations hold weekly Bible studies or prayer services. The majority of observers, however, are left to journey through the 40 days alone.

In an ever growing trend, Lent observers are taking their Lenten pilgrimage online where they find community via Facebook groups, daily emails, live streams and hashtags.

Streaming straight to a device near you

At First United Methodist Church of Hurst, Texas, on-site attendance is not a requisite for participating in the pastor’s weekly Lenten series titled “Wilderness.”

“Each Tuesday, we have dinner together and Rev. (Philip) Rhodes gives a 10- to 15-minute talk that is streamed,” said Katherine Nolan, director of communications for Ft. Worth suburban church. The livestream archive on Vimeo allows those who are unable to attend to participate,” she said, adding that members can watch in real time or access the service at their convenience. 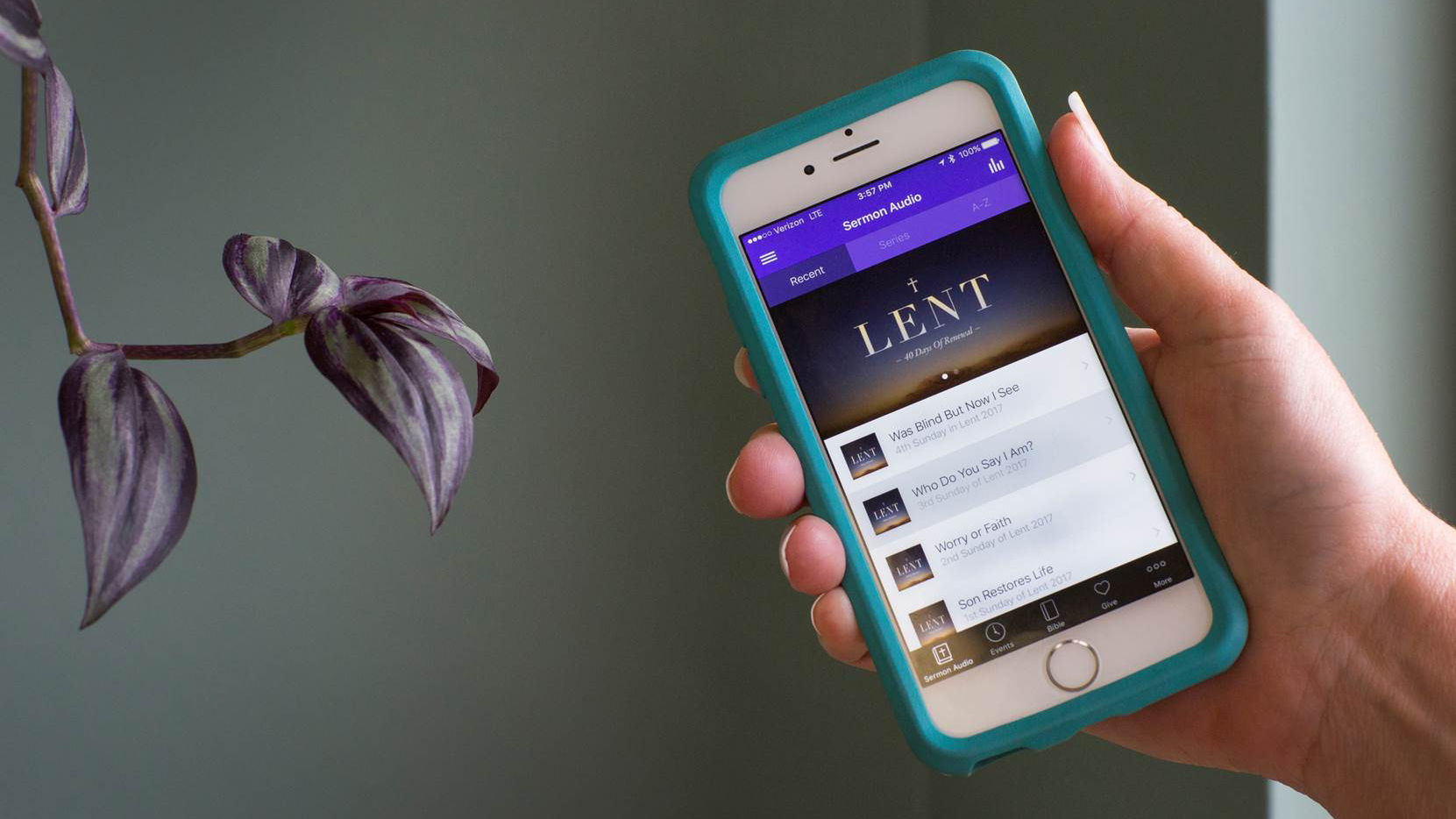 There’s an app for that

Members at Mauldin United Methodist Church at Mauldin, South Carolina, get daily reminders on their smartphones to read the day’s Lenten Bible verse through the church’s app (Android or iPhone).

“The Push notifications are huge,” said Travis Abercrombie, worship leader at Mauldin United Methodist Church, referring to the messages sent to alert app owners of news and updates. “I send out a notification about our prayer service we hold at noon on Wednesdays during Lent. Sending a verse of the day to our members keeps us centered in the season of Lent also.”

Abercrombie relies heavily on the lectionary for the content he pushes out to the congregation, especially on the app. He is intentional about making sure graphics match the current church season.

“I think any time we can draw people into the liturgical year,” Abercrombie said, “it gives us a richer spiritual life if we allow it to.”

Since its launch three years ago, more than 1500 people have downloaded the app, twice the number of an average Sunday’s attendance. The app, said Abercrombie, is an extension of what happens at the church while also keeping members engaged.

Kat Hazzard, a member of Trinity United Methodist Church in Seattle, is a veteran participant in Rethink Church’s Photo-of-the-Day meditation, where participants are invited to submit photos via social media that relate to the word of the day.

“Choosing a photo to post and a message to share each day gives a structure to my Lenten practice that I didn’t realize I was craving until I did it the first time,” said Hazzard, who has engaged in the photo-a-day practice for three consecutive years.

“I like looking at the day’s hashtag on Instagram to see how other people across the country and around the world are interpreting the word,” she said.

Hazzard credits her online engagement with helping her extend the conversation about her Christian walk beyond her church.

“Typically I don’t mind saying that I’m a Christian, but sometimes other people’s interpretation of what being a Christian is gets in the way of productive conversation,” Hazzard said. “Chatting and laughing on Facebook over a photo of a dog that I took is a much more inviting place to discuss Lent and other things that might normally be off limits.”