Living together well is hard, but possible

In 2016, The General Conference of The United Methodist Church amended and readopted its affirmation of the United Nations principles relating to global racism, tribalism and xenophobia.

The resolution "Global Racism and Xenophobia — Impact on Women, Children, and Youth" affirms the principles of equality and nondiscrimination, saying: "We, the General Conference, affirm that all peoples and individuals constitute one human family, rich in diversity. ‘So now, you are no longer strangers and aliens. Rather, you are fellow citizens with God's people, and you belong to God's household.' (Ephesians 2:19)."

Interpreter asked five people who work daily toward racial and ethnic understanding how people can live together well, whether because of or despite the various divides. 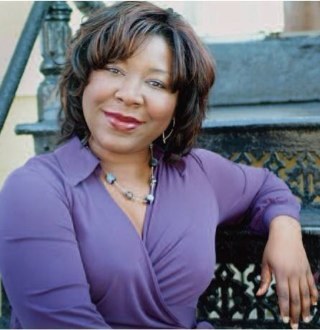 Erin Hawkins is general secretary of the General Commission on Religion and Race. GCORR seeks to eliminate racism while enabling the church to become contextually relevant and equitable in ever changing global communities and focuses on engaging more people, more young people and more diverse people.

Hawkins believes three things will assist individuals and churches in moving toward living well together: listening, learning and leading.

Listening: "In a day and age where world leaders, Internet trolls and regular ‘church folk' hurl opinions, accusations and judgements at each other with increasingly fewer supporting facts and increasingly more vitriol, listening feels like a lost art in need of revival. Actively listening and seeking to understand another's values, choices and life experiences – even when they are different or when we disagree with them – is the first step in demonstrating a respect for diversity," Hawkins said. When she sees churches listening to the needs of their community or leaders listening to others "as a way to build trusting relationships," they almost always find that even "with the significant differences they encounter, there are significant similarities on which to build."

Learning: "Listening leads to learning about others and ourselves. Learning leads to growth, especially when we put into action the things that we have learned. A willingness to learn is a sign of humility. No one person, group or church has all of the answers, and sometimes we don't even have the right ones. We discover truth in community, in the dynamic exchange that is authentic relationships."

The biggest barrier Hawkins sees to living well together "is a lack of authentic relationship across lines of difference. We are increasingly seeking the comfort of our ideological and cultural communities: ones that confirm and reinforce our ideas, beliefs and biases rather than challenge and reshape them." Finding ways to live together well is difficult "if we rarely meet or have meaningful, heartfelt interaction that teaches and inspires us to think and live differently?" she said.

Leading: "It is not enough to engage in the tasks of listening and learning in culturally diverse settings personally if what you've learned and how you have been shaped by the experience is not shared with others whether that be your family, Bible study group, book club or Saturday morning soft ball team," Hawkins continued. "The church and world need leaders who are bridge builders, peacemakers and advocates that stand for love and justice in congregations and communities." 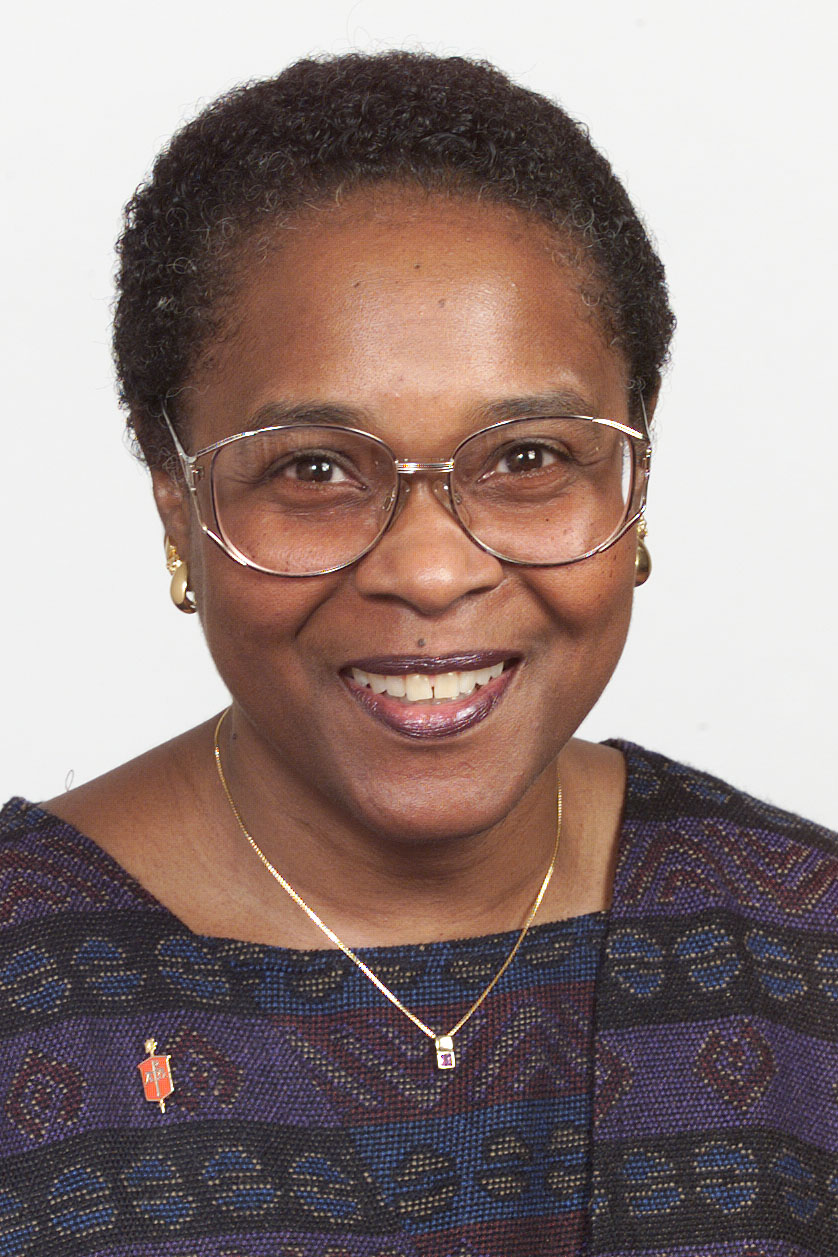 For retired Bishop Linda Lee, reading and learning are central to living well in a diverse society.

She suggests people read a history of a culture written by a member of that culture. "Some people never read books written by people who have lived the culture and not just studied it."

Lee served as editor of A New Dawn in Beloved Community (Abingdon Press, 2013). Through personal essays, writers tell stories from their own cultures and experiences.

"It was my idea to see if we could do a book that would be useful to the church to learn more across (divides of) race and culture," Lee said. "We wanted the book to almost be like talking to someone. Each person told a personal story of his or her own culture. Sometimes people of color don't know about their own culture, much less that of other cultures, even within their own race."

She said she believes the most important work is to understand how embedded the idea of white supremacy is in Western culture and to take steps to unlearn it, adding, this is true not only for whites, but also for people of color.

Lee reiterated the importance of people knowing their own cultural history, the accomplishments and contributions.

"We tend to internalize racism," Lee said. "We might learn to think we are inferior and not capable. We must know the truth: We are all made in the image of God. No one is more or less valuable because of how we look on the outside. We are all capable of so much." 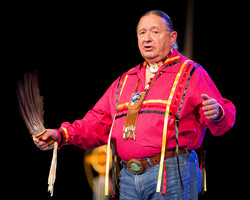 The Rev. Tink Tinker, a member of the Osage Nation and the Clifford Baldridge Professor of American Indian Cultures and Religious Traditions at lliff School of Theology, said if United Methodists want to live well with their Native American brothers and sisters, it will begin with ongoing repentance for horrific past wrongs.

"It is going to take more than an apology," said Tinker. "An apology isn't going to cut it. How would that work? Y'all would come to our people and say, ‘Hey, we really are sorry that our great grandparents killed your great grandparents and stole their land. Can we keep your land now that we have apologized?'"

Repentance, he said, must be ongoing and requires action.

"Repent and keep on repenting" he said. "No one can repent once and be done with it. Repentance must be an on-going process. The actual Greek text in Mark says, ‘Be repenting!' It's a way of living out our lives. It means turning around and going to where you came, going back to the Creator instead of making yourself the power of creation. Just go back and understand that you are no more than anyone else in the world."

Tinker said, "Go back and own the violence committed against the Indian people. If you want to make right what was made horribly wrong, give the land back. Give the resources back.

"The United Methodist Church owns a tremendous amount of Indian land. The property of every church and every school and seminary land sits on land that was stolen from Indian people. Find a way to give some of it back!"

He added, "If all you do is feel really, really bad about the history of violence against the Indian people, it won't help the Indian people today. Six of the 10 poorest counties in the U.S. are Indian reservations. There is a reason for that. (After their land was stolen) the Indian people were left with land that is not economically viable. 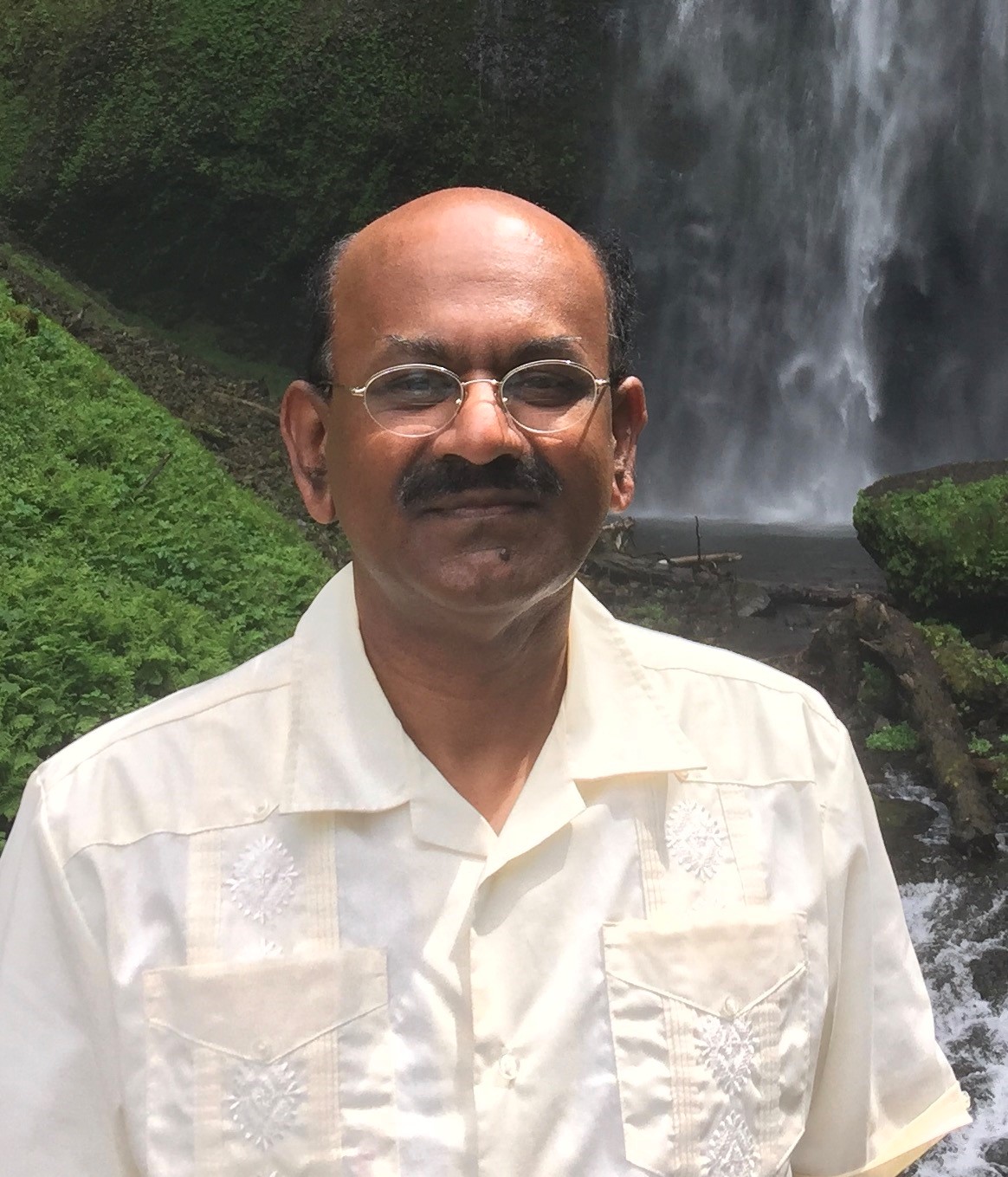 In each setting, Royappa has worked with diverse populations – age, gender, ethnicity, lay and clergy, rural and urban.

He sees these differences as great strengths for The United Methodist Church.

"I believe God has gifted the world with families, communities, cultures and races as a blessing and also to be a blessing. God is glorified and magnified when diverse people come together, work together, worship together and serve together," he said.

Royappa cited a portion of the denomination's baptismal covenant as proof The United Methodist Church requires much of itself in the area of embracing diversity.

"The fourth question is: ‘Do you confess Jesus Christ as your Savior, put your whole trust in his grace, and promise to serve him as your Lord, in union with the church which Christ has opened to people of all ages, nations and races?' It's time to put this covenant into reality and practice."

Referencing John 3:16, he said, "The most powerful word is ‘world.' Developing multi-cultural, multi-ethnic and multi-racial ministries across the denomination is the key for planting the seed called ‘living together well.'" Suggesting some specific actions, he named, "invoking the power of prayer, having a constant vision for a global church, empowering passionate leaders, having an attitude of service and embracing value-based contextualized ministries." He also suggested valuable building blocks for living well together including "grace, forgiveness, healing, gifts of all people, love and hope." 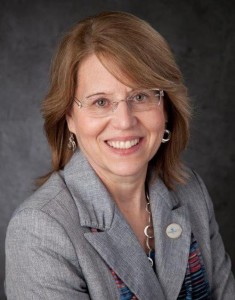 The Rev. Elaine Robinson is professor of Methodist Studies and Christian Theology at Saint Paul School of Theology in Oklahoma City, Oklahoma. She offered a few practical ideas and practices she has learned to help work toward living well together within The United Methodist Church.

"Take intercultural formation seriously as individuals and congregations," she said. "We tend to believe we are loving toward all, but a tool like the Intercultural Development Inventory (https://idiinventory.com) will help us see our blind spots. Recognizing cultural differences means we will all have to let go of or add to some of the ways we ‘do church' so as to provide room for others to glorify, worship and serve God."

"Don't focus on ‘including' others," Robinson continued. "To include means, by definition, to bring others into our way of doing things. When we try to include, our unnamed norms often get in the way. Instead, we should focus on hospitality and mutuality. A kind host always makes the other person feel comfortable.

"If we hope to become more racially and ethnically diverse, then the church's leadership must be diverse and encouraged to express cultural styles and differences," she said. "The leadership should look like the beautiful diverse world God has created."

Robinson also advised learning "to live outside the walls of the church, finding where Christ is already at work in the diverse communities that surround our buildings. The building is a hub where we refuel and resupply to go out into the world! We need to be connected in our communities, at work where people are in need. Meeting people where they are is what Jesus did. He's outside the walls already, as he always goes before us and calls us to follow.

"Finally, we need a healthy dose of humility to remember that we remain people in need of God's grace and always prone to hold human standards as God's will. If we are insisting too vehemently on our own way, it might just be we are blinded by our human constructs and need to open ourselves to allow God to do a new thing (Isaiah 43:19). God is always doing new things, leading us forward by grace, when we let Christ lead us.

"If we are on the journey of sanctification, being formed and filled for Christ-like living in this world and the world to come, then embracing and expressing our radically related existence is central to growing in love," she said.

Polly House is a freelance writer and editor based in Nashville, Tennessee. She is also serving as editorial assistant for Interpreter and Interpreter OnLine.