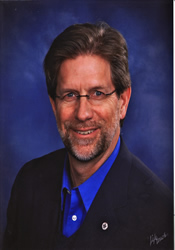 As people of God, United Methodists are called to participate in Christian conference — one of John Wesley's means of grace. Along with searching the Scriptures, fasting, prayer and Communion, Wesley taught that Christian conference is a practice that helps people experience God's grace.

United Methodists today have different ideas about the purpose of Christian conference — sometimes called holy conferencing and how it is implemented.

This reliance on Christian community in early Methodism was visible in class and band meetings, said the Rev. Steve Manskar, director of Wesleyan leadership at the General Board of Discipleship.

Christian conference for the early Methodists was about spiritutal formation, encouraging people to serve and follow Jesus faithfully, Manskar said. "Wesley understood ... to be formed as a disciple, as a follower of Jesus, you need the large community. But where the real Christian formation happened was in the small groups of the class meetings and then even smaller groups of the band meetings.

"Christian conference is the method of Methodism," he continued. "People were formed and grew in holiness of life. (They) learned the means of grace and were given the accountability and support for making those practices a part of life."

Manskar said he has heard "holy conferencing" used at annual conference sessions in recent years and at the 2012 General Conference. In his experience, Manskar said the phrase is typically employed "to encourage people to have polite conversation with each other, particularly around issues where people are going to disagree."

While this is important, Manskar and other scholars think it doesn't really convey what Wesley intended, that Christian conferencing was about spiritual formation. 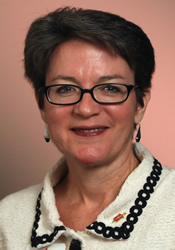 Bishop Sally Dyck of the Northern Illinois Conference wrote a study guide in 2012 called "Eight Principles of Holy Conferencing." Churches and conferences in various parts of the United States are applying the bishop's principles, especially when discussing controversial topics.

Dyck said the term "holy conferencing" reflects that, "in our speech and our actions and our relationships, we're looking for a more excellent way in ... how we treat each other."

She encourages people to shape their conversations in ways that give equal opportunity to people with differing viewpoints.

"The formatting might actually be allowing every voice the same amount of time to speak," she said, "which has a tremendous impact on what gets said." 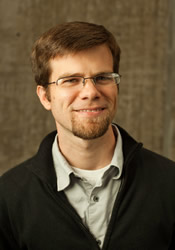 In one post, he defines Christian conference as "honest, direct, piercing conversation with other Christians that was intended to help the participants grow in holiness."

"'Holy conversation' is the result of being led by the Holy Spirit," Watson writes, quoting Wesley. "It isn't something that we bring with us to difficult conversations; it is something God does for us and in us."

Whether they're having difficult conversations or not, Henry said his church council applies some principles of holy conferencing when they meet.

"We try to listen to and reflect together on each others' words, trusting that, rather than majority rule, we ought to listen for every voice, even the folks who are in the minority," Henry said. "I don't think that God has ever been about majority rule but about what is God's direction for us."

Dyck writes in her study guide that "holy conferencing is not limited to a specific topic or a specific venue for decision-making. It is also not a strategy to shut down conversation or stifle impassioned speech. It is a means for staying connected to each other in spite of our differences."

The United Methodist Church of Geneva, Ill., is hosting a series of discussions called Christian Conferencing 101 to let people share their differing beliefs about homosexuality. The events were created to help attendees talk about the topic with grace, by practicing Dyck's principles, said Susan Fortino, a church member who's involved with the events.

"This is like other conversations you might have," Fortino said, "but the thing we tried to differentiate is that you need to allow space for God in the conversation."

Feedback from more than 50 people who attended the first event "is overwhelmingly positive that this is a great way to have a difficult conversation," Fortino said.

Watson said he thinks the modern interpretation of "holy conferencing" offers principles that are "important to keep in mind when having difficult conversations." But Watson also mentions that he thinks careful conversation shouldn't be the end goal. 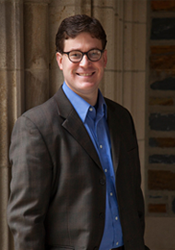 The Rev. Andrew Thompson, a Wesleyan scholar at Memphis Theological Seminary, agrees with Watson. In 2012, Thompson wrote a paper for the Arkansas Conference's Task Force on Human Sexuality about Wesley's ideas on holy conferencing.

"Wesleyan conferencing is not just about being nice or even hospitable," he writes. "Those considerations must be there, but oftentimes the relatively 'thin' understanding of niceness in our culture means that being nice means not saying things you would normally want to say.

"The Wesleyan understanding is just the opposite. It holds that you absolutely must say what you mean, and say what needs to be said, and only asks that it be said out of a motivation of love and in order to better love those who are engaged in conversation."

That type of honesty, Thompson writes, occurred in small groups in early Methodism because people began to "bear one another's burdens" and "care for each other."

In his sermon "A Plain Account of the People Called Methodists," Wesley reported this of the class meetings: "Many now happily experienced that Christian fellowship of which they had not so much as an idea before."

Manskar said these are the types of relationships for which we were created.

"It's in small groups that you learn to trust; you have to be open, to be vulnerable," Manskar said. "That's part of the dynamic of the small group of Christian conference" to provide a safe place for us to form those kinds of relationships. It's through those relationships with other people that we learn how to love like Jesus loves."

Dyck said sharing that love is the ultimate purpose of holy conferencing.

"I've always been trained that the purpose of holy conferencing is not to save the church, or the end goal isn't for the church," she said. "The church should be the workshop where we learn those practices that we can then take home, take to work, take to school, take to our communities and use those practices elsewhere for a better life and a better world."

Manskar said the goal of Christian conference is illustrated in the final words of the baptismal covenant when "the pastor says to the congregation, I commend this person to your loving care; do all in your power to increase their faith, confirm their hope, and perfect them in love.' I think Christian conference is the way Methodists have historically done that," Manskar said.

"We are responsible for each other. We are responsible to make sure that we're going to give you everything you need to keep the promises you made when you were baptized or confirmed. That's the goal of Christian conference."

"The Means of Grace" series is a yearlong collaborative effort between Interpreter and The Upper Room. Find other articles in the series at www.interpretermagazine.org.

Watch the United Methodist News Service Daily Digest and your email for announcements of webinars and other programs complementing the magazine articles.