Whether spotlighting the innovative ministry of a local congregation or reporting on a global campaign against a killer disease, United Methodist News Service has been chronicling the life of The United Methodist Church for decades.

Over its history, the official news agency of the church has evolved into a model of news coverage that reflects Methodism co-founder John Wesley’s view of the world as his parish.

“UMNS has played an important role in objectively covering the stories of God’s work through The United Methodist church across the globe,” said Dan Krause, top staff executive of United Methodist Communications. “Our coverage has made us a leading news organization as we share the messages that impact the lives and faith of our members.” 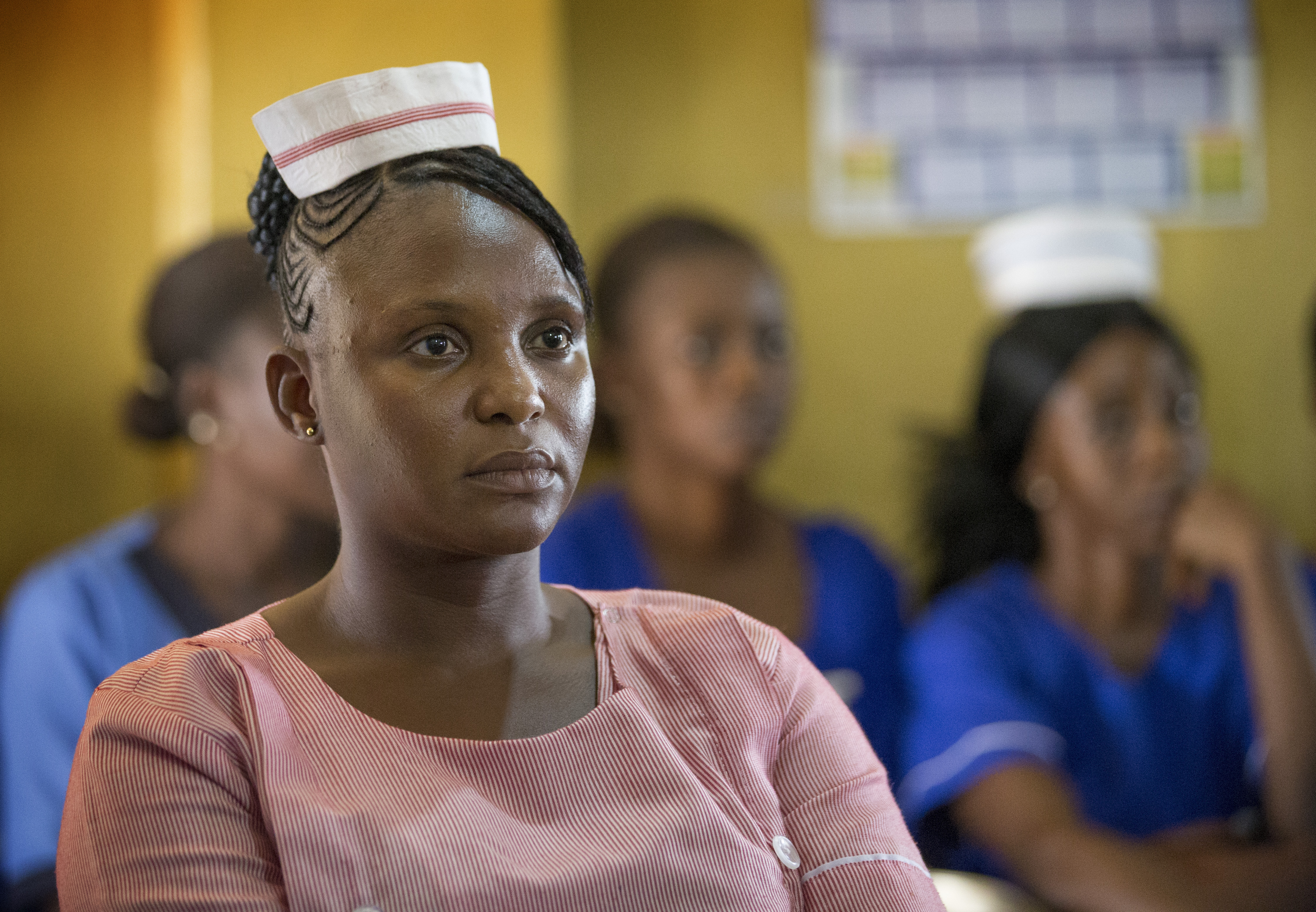 Health-care workers listen intently during a panel discussion at The United Methodist Church's Mercy Hospital in Bo, Sierra Leone, to help prepare them for a possible outbreak of the Ebola virus. Photo by Mike DuBose, UMNS.

When the Ebola virus outbreak struck West Africa in 2014, United Methodist News Service was one of the first organizations reporting the story. A UMNS team was already on assignment in Sierra Leone, and the stories and footage that the team gathered were used widely by major media organizations as the outbreak grew.

By collaborating with its United Methodist correspondents in Liberia and Sierra Leone, UMNS provided ongoing firsthand coverage of the disease and the denomination’s response.

The News Service has been the authoritative source of information about the work of the church, reporting on church growth, outreach ministries and social issues. It has covered the church’s response to such major events as desegregation in the 1960s, the 9/11 terrorist attacks in America, the 2004 South Asia tsunami, as well as the devastation and recovery from Hurricane Katrina in 2005. With its parent agency, United Methodist Communications, the News Service also has been an advocate for transparency and open meetings in the church. 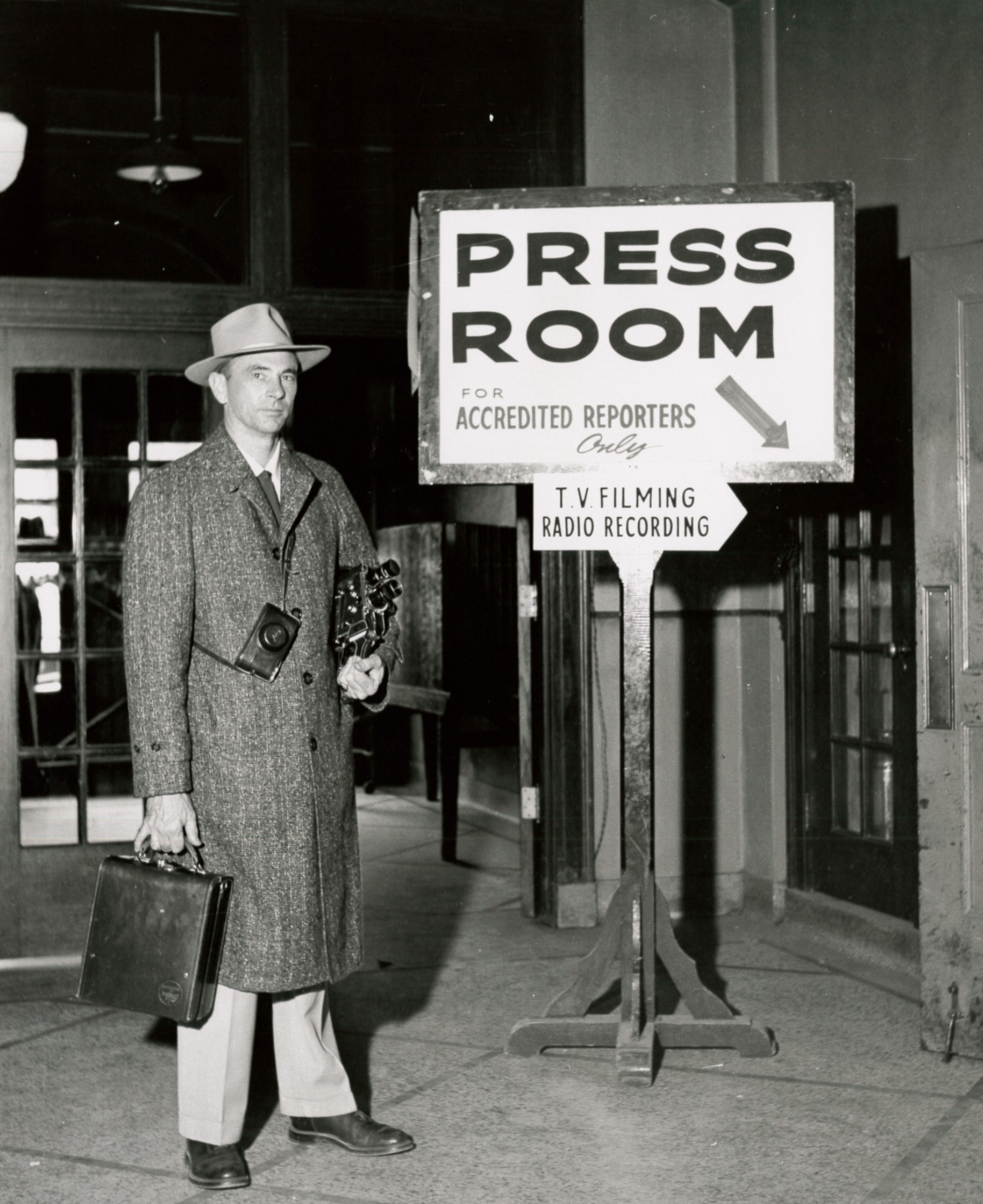 A member of the press attends a Methodist church event in the early 1950s.

The commission’s directors, led by its president, Bishop G. Bromley Oxnam, elected the Rev. Ralph Stoody, a Vermont pastor who wrote feature articles for local newspapers, to serve as the first general secretary of the agency, frequently referred to simply as Methodist Information.

In 1959, Stoody warned other public relations professionals against becoming “propagandistic manipulators” or “engineers of consent,” encouraging them to uphold standards of truth and good taste.

The Rev. Arthur West, a United Methodist clergyman who had served as associate director since 1948, became director when Stoody retired in 1964. Under his leadership, the team coordinated press coverage at General Conferences, provided pre-conference news and information sessions and instituted grant programs encouraging annual conferences to employ communication staff members.

Staff members provided training in public relations, counseling and research services, along with a lending library of books on journalism and public relations. The staff also provided news releases to secular media, interdenominational groups and a growing number of annual conference communication offices.

At the 1956 General Conference in Minneapolis, Stoody and associate directors West and O.B. Fanning held an information session for 150 media representatives. Bishop Richard C. Raines, president of the commission, explained the legislative process to the representatives from daily newspapers, weekly and monthly magazines, and radio and television broadcasters from across the United States. 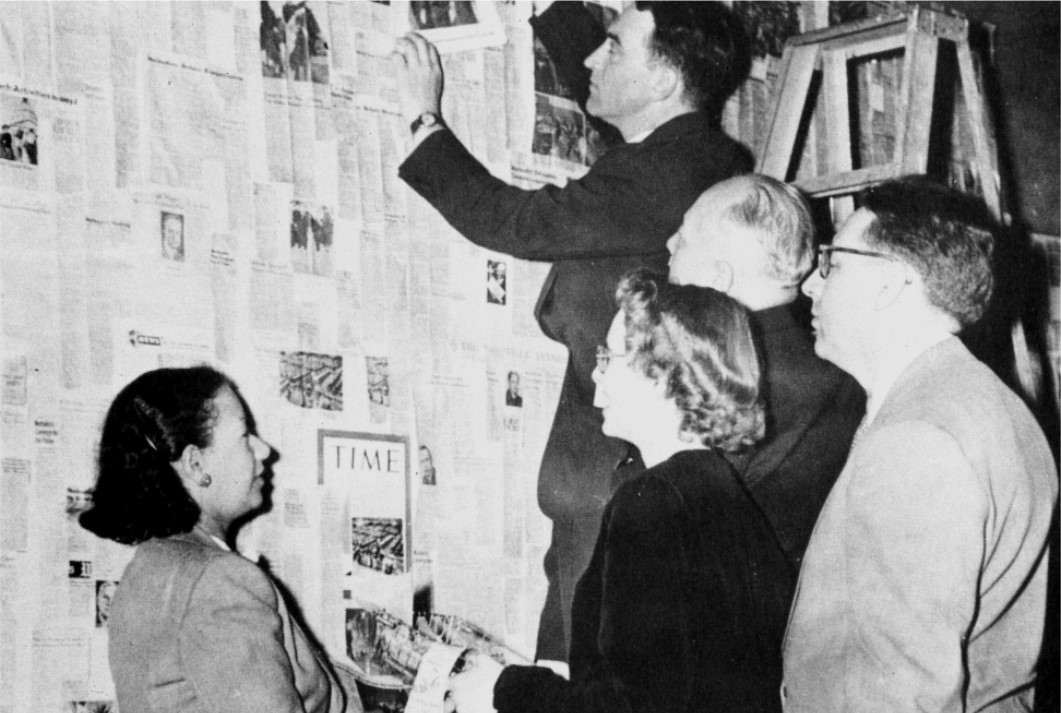 “Several shelves of dictionaries would not equal the words that already have been tapped out by Western Union, repeated over telephone lines by reporters to their distant city rooms and airmailed as ‘special’ stories to far-away editors. Harder still to count would be the words that have winged their way out of Minneapolis from radio and television towers,” the Daily Christian Advocate reported on May 4, 1956.

Ten years, later, West wrote, “It is impossible to estimate how much publicity the Methodist Church has received in the last 26 years as the result of the work of Methodist Information. It is enough to say that it is infinitely more in quantity and much better in quality than if we followed some hit-or-miss system with no central news bureau.”

The communications agency honored Stoody and West by creating the Stoody-West Fellowship, which awarded $6,000 scholarships to United Methodist graduate students who wanted to pursue careers in church communications.

Communications after the merger

Through the years, UMNS has reduced its number of offices from four to one – its Nashville headquarters – with a telecommuting reporter based in New York. At the same time, it has strengthened its partnerships with church communicators and correspondents in Africa, Europe, the Philippines and United States.

The change in technology has enabled UMNS to gather information and content from around the world quickly. 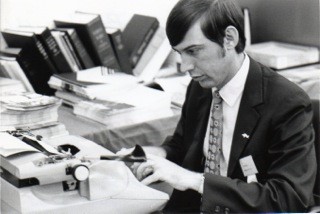 Tom McAnally works in the pressroom at the 1972 General Conference of The United Methodist Church. Photo courtesy of Tom McAnally.

“We relied on religion editors of secular newspapers and magazines to provide information about the denomination to their readers,” he said. “We knew the editors of Time, Newsweek and UPI by their first names and would drop everything to provide the information they requested.”

In the past 20 years, the rise of the Internet and digital technology has enabled UMNS to go directly to United Methodist church members and others seeking information about the church.

“We are a totally Web-based operation, and readers increasingly access our stories through social media posts on Twitter and Facebook as well as the website,” said Linda Bloom, a reporter who has been with the news service since 1988.