Our natural world is an expression of creative genius. We have a responsibility to take care of the creative expression around us. And, I think, in doing so we’ll learn quite a bit more about the creator and ourselves. 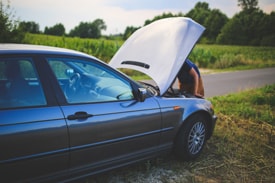 When I was four years old, my mother’s car broke down about a mile from our home. She went inside a convenience store to call my dad (pre-cell phones) and returned with a brown bag (pre-plastic). While walking home, we picked up trash along the road. As we collected trash, I was so confused: Why was there trash in the beautiful trees? How did it get there?

As a child, I spent a lot of time outdoors. I climbed trees, ate honeysuckle, stomped through creeks and hid while yelling at the neighbor boys for shooting at birds. I knew from a very early age that land, water, plants and creatures were special. More than knowing it, I felt it. There was something magical about the creation around me.

Growing up in church and learning about God’s word was enjoyable, but also confusing at times. In church I learned that God made everything. So THAT’S why being outside felt so wonderful! But I still felt puzzled. We talked about loving creation, yet there was little being done to actually take care of God’s creation. My questions regarding that during Sunday school were not very popular, so I stopped asking.

Twenty years later I read a book called Serving God Saving the Planet by Dr. Matthew Sleeth. I almost cried reading it. One, I was so relieved. I’ve always loved the outdoors; I’ve always felt God while outside and would go outdoors to sort through problems and pray.

Second, I wanted to cry because for so many years I’d counted on the adults in my life to know more than me, but somehow they had forgotten God’s call to care for creation.  So I began looking for answers myself in scripture.

SHOULD CHRISTIANS CARE FOR THE ENVIRONMENT?

Do Christians have the responsibility to care for God’s creation? Yes! We were given that responsibility in Genesis; we are to take care of the earth and steward it wisely.

Moreover, Jesus commanded us to love God and love neighbor. One way to love God is to love what God loves. We know God loves creation. God calls it very good. And if we love our neighbors, we should ensure that everyone has access to the resources of clean water, air and land.

As I began to study scripture, I came across a story about scarcity of resources and sustainability. Abraham and his nephew Lot and all of their inheritance (think livestock and slaves) are travelling together. The slaves taking care of Abraham’s livestock and the slaves taking care of Lot’s livestock begin fighting. What are they fighting over? Resources: water, space, vegetation, food. Abraham doesn’t want there to be fighting, so he and Lot agree to separate. Back then, there was plenty of open land, so separation was a viable solution. Not so anymore.  Americans make up only five percent of the population, and yet if the world consumed like Americans we would need three planets to sustain us. 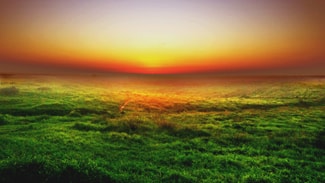 I also learned that taking care of the environment is not merely a political issue. It is a Biblical and spiritual issue. My “aha” moment came during a graduate class on Biomimicry. Biomimicry is the imitation of life’s genius. When I started looking at nature as the imitation of God’s genius, I began feeling an awe I had never experienced. It took me from merely observing nature to actually looking at systems and functions. Those systems and functions were created by God.

Take trees, for example. There is a system that transports water (against gravity) from the roots up the trunk. Trees use the sun to create energy. Certain trees can express an odor to warn other trees about leaf-eating insects, and the trees that receive that message produce a toxin in their leaves so the insects will take one bite and move on. It’s an expression of creative genius. I so wish I witnessed the connection between my faith and science during my early school years!

WHAT CAN WE DO TO LIVE SUSTAINABLY?

Learning about Biomimicry and studying the Bible opened my eyes and deepened my faith. As a response, my life looks different now. I’m still a work in progress, but here are six practices that I find both practical and spiritual. They are not original, but easy to remember. You’re probably already familiar with three:

Living an environmentally friendly life is a response to a loving Creator. Now when I pick up trash along a roadside, I know that it’s both a practical way of showing my love for God and neighbor, and a spiritual practice that brings a slice of heaven to earth.

Heather Bennett is the Executive Director of Blessed Earth Tennessee. Their mission is to inspire and equip Christians to become better stewards of the earth. Heather received her M.S. in Sustainability from Lipscomb University in 2014. She is married to Rev. Ryan Bennett, pastor of First United Methodist Church  in Lebanon, TN, and they have an eight-year-old son.