Telling the story of General Conference

A General Conference in real time with participation in countries around the world could not have been imagined in 1939 when the building blocks were laid for United Methodist Communications.

That humble start with the intent of creating a better-informed church was born on the cusp of a communications revolution that, decades later, provided the backbone for the highly skilled agency to enable members — and non-members — around the globe to follow and offer opinions on the events of General Conference while they are occurring. 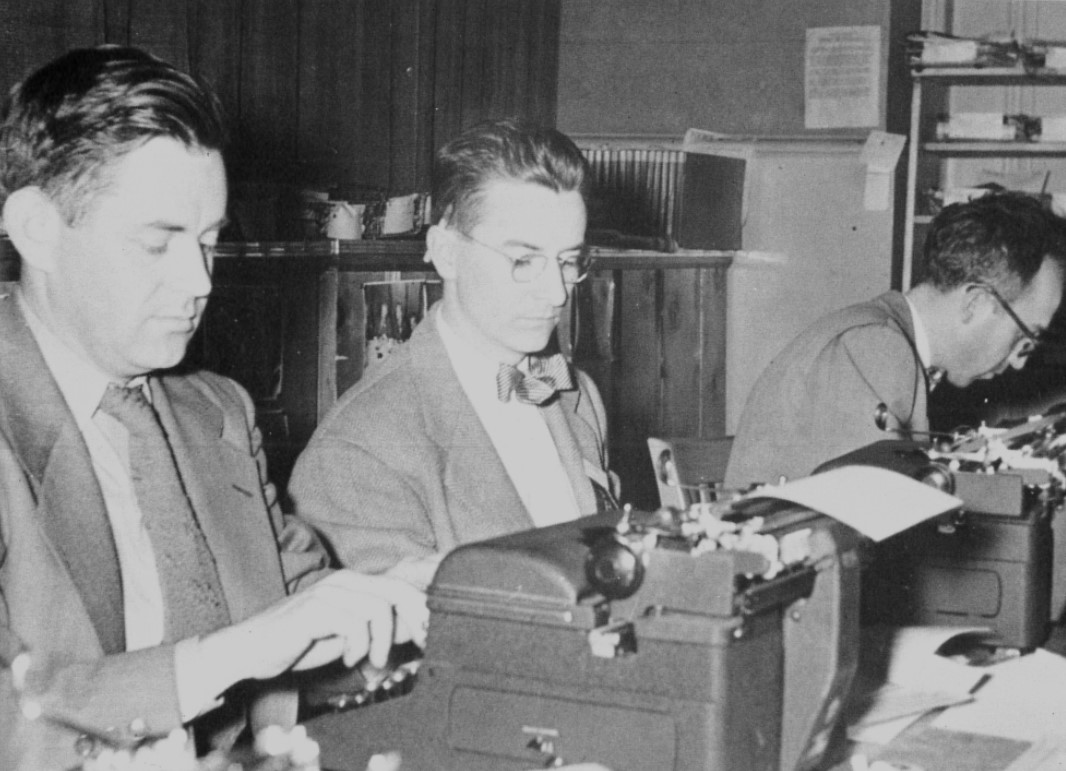 United Methodist Communications in its early years carved a significant role as a liaison between the church and the secular press. That role, helping to explain Methodism and the actions and missions of the church, most importantly through the General Conferences, continues today. The issues of those early times were, as they are today, difficult, and oftentimes political. The denomination’s top legislative body tackled topics that included criticism surrounding the Roman Catholic faith of Presidential candidate John F. Kennedy, the conduct of the Vietnam War and racial equality.

During General Conferences, the professionals at United Methodist Communications and its predecessors generated news releases, edited regular print publications and produced radio and television shows for church members. At the same time, they facilitated access, provided context and background information and arranged news conferences and interviews for secular media. A large, well-equipped newsroom for each General Conference accommodated the needs of secular media as they sat side by side with the church’s communications professionals. 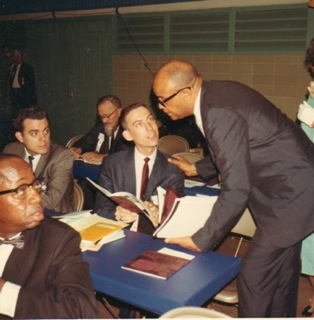 George W. Cornell, the long-time religion writer for The Associated Press, was among those in secular media that worked with the communications agency as he covered the news of the church. “Methodists firmly rebuffed Saturday a proposed slap at the presidential aspirations of Sen. John F. Kennedy (D-Mass.) in regard to his membership in the Roman Catholic Church,” Cornell wrote in coverage of the 1960 General Conference.

“During my time, an amazing shift took place in technology,” said Tom McAnally, a retired director of United Methodist News Service, “from manual to electric typewriters to computers. Technology enabled us to communicate worldwide.”

A big first in 1952 — extensive radio and television coverage of that year’s General Conference — was just a peek through the door to the future that came rushing in.

It was at that 1952 conference that the Radio and Film Commission was able to announce what Maynard calls “one of the most popular and durable projects in the communication history of United Methodists: the John Wesley film.” Maynard observed that the task of spreading the word about the film was carried by General Conference delegates and that “after 524 local premieres, the movie was shown in 3,470 churches during the first sixteen months.” The film lives on today.

Many of the issues and discussions before the General Conferences of the 1960s became the fodder for “Night Call,” an innovative radio show that emerged as the agency helped annual conferences and churches maintain a radio presence in what was becoming a television-dominated world.

As the fledgling digital communications industry of the ‘80s grew into the full-speed-ahead, computer-driven technology of the ‘90s, the communications agency once more positioned itself to make use of emerging technology in its mission to help the church tell its story. 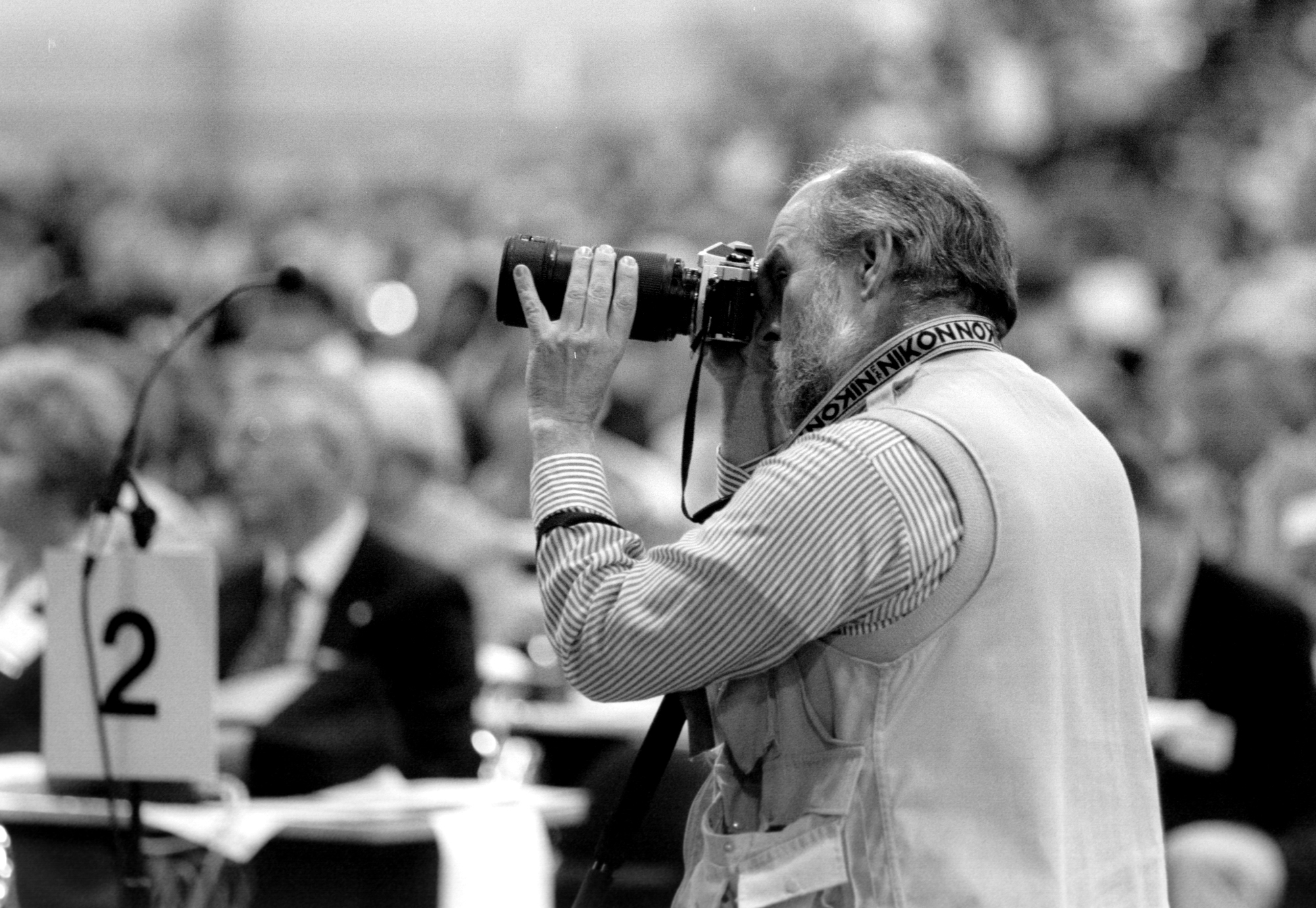 By the 2000 General Conference, the agency produced web pages that reported the actions and told the stories of the gathering. Live streaming began in 2004 and by 2008 was significantly enhanced.

A mobile app was developed to give users instant access to General Conference 2012 and the materials provided, recognizing the shift to mobile use throughout the world. The 2012 General Conference was enhanced by such innovations as a Digital Lounge where United Methodist leaders and newsmakers pulled up a chair for conversation about what went on behind the scenes, live stream archives and worship services that were accessible digitally worldwide.

The combination of live streaming, blogging and extensive use of social media — by those attending General Conference and those monitoring its actions around the world – took the conference to the world and brought the world to the conference. That communication continues on platforms such as Facebook, Twitter, YouTube, and Instagram.

When one General Conference draws to a close, how to better tell the story and serve the delegates already is in the planning stages at United Methodist Communications.

Some information cited from Keeping Up with a Revolution: The Story of United Methodist Communications 1940-1990 by Edwin H. Maynard.