The Reformation and the Wesleys: A complex relationship

On All Saints Eve in 1517, Martin Luther nailed his "95 Theses" calling for the reform of the church to the Castle Church door in Wittenberg, Germany. This moment traditionally marks the beginning of the Reformation and the birth of the Protestant churches. In the decades that followed, John Calvin led a movement that would give rise to Presbyterian churches and Huldrych Zwingli gave rise to what would become the Baptist tradition. 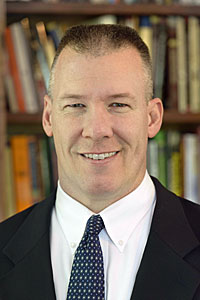 Lastly, King Henry VIII, embroiled in a fight with the Roman Catholic Church over politics and progeny, precipitated the Reformation in England. And the Church of England provided the stage upon which John and Charles Wesley and the people called Methodists providentially emerge.

How did the thinking that led to the Reformation and the theologies that developed in its wake affect the Wesleys and the rise of Methodism? What should United Methodists celebrate as the 500th anniversary of the birth of the Reformation approaches?

Methodism and the Reformation

The Reformation's impact on England was complex. Some rulers enforced more or less strict versions of Reformation theology while others returned to the Catholic fold. The Wesleys also had a complex relationship to the theologies of the Reformation.

On one hand, they were firm heirs of the Reformation. The Wesleys shared the Reformation's commitment to Scripture and to the priesthood of all believers. John Wesley's famous Aldersgate experience of the warm heart happened as he heard Martin Luther's "Preface to the Epistle to the Romans" being read. Shortly after this experience, he spent several years working with the Moravians, a movement closely linked to the Lutheran reformation. Likewise, the early Methodist movement grew in close connection with the evangelical revival in England that the Calvinists dominated. Lastly, consider John's high praise for Luther's insight on the centrality of justification by grace through faith, which is the theological cornerstone of the Reformation. About Luther he declares, "Who has wrote more ably than Martin Luther on justification by faith alone?"

It was John's contention that the Reformation, while rightly lifting up justification by grace, erred by downplaying or ignoring sanctification, that is God's gift of healing sinners by making saints who lived holy lives. It was as if the Reformation had forgotten that God's gift of salvation includes both pardon and healing/making holy. The Wesleys were convinced that God raised up the people called Methodists to remind the church of the whole Christ — the Christ who both pardons and heals.

In this regard, it is worth returning to Wesley's comment on Luther, this time citing the whole passage from his sermon "On God's Vineyard":

Many who have spoken and written admirably well concerning justification, had no clear conception, nay, were totally ignorant, of the doctrine of sanctification. Who has wrote more ably than Martin Luther on justification by faith alone? And who was more ignorant of the doctrine of sanctification, or more confused in his conceptions of it? . . . . On the other hand, how many writers of the Romish Church . . . have wrote strongly and scripturally on sanctification, who, nevertheless, were entirely unacquainted with the nature of justification! . . . But it has pleased God to give the Methodists a full and clear knowledge of each, and the wide difference between them. (I.5)

Recently some Finnish Lutheran scholars, among others, have shown that Luther had a robust sense of sanctification that seems to have been lost by some of his heirs. However, setting aside whether John Wesley offers a fair appraisal of Luther, we can see how the early Methodist movement embodies a complex relationship to the Reformation. It is indeed a kind of counter-Reformation as it basically encouraged the Reformation not to discard "Romish" insights on sanctification and holy living. Indeed, some frequently criticized the Wesleys precisely for what were perceived to be their Catholic affinities in this regard.

Methodism among the denominations

The complex relationship between Methodism and the Reformation does not end with Methodism's mission of reminding the whole church that the gracious gift of salvation entails both justification/pardon and sanctification/healing. It extends further to the point of questioning the validity of denominations.

Even as he appreciated the Reformation and was deeply committed to the gospel truth of justification by grace through faith, John Wesley abhorred schism, divisions in the church. Indeed, he held that it was the Methodists' "peculiar glory" that they resisted separating from the Church of England and founding a new denomination. Whatever we rightly celebrate about the Reformation – and Wesley celebrated much – we must not ignore the shadow-side of the Reformation – the fact that it marks a great division in the church. Indeed, it marks the beginning of a great fracturing of the church into a host of not always congenial denominations.

In this regard, John recognized that Christians' inability or unwillingness to live in communion with our sisters and brothers — due either to open conflict or a seemingly more benign brand-preference – was a breach of the law of love. As he put it, "The pretences for separation may be innumerable, but want of love is always the real cause."

This failure to love creates a grave problem for the church's efforts at evangelism. It is a counter-witness to the Gospel that gives non-believers grounds for rejecting the faith. Our failure actually to love one another amidst the often-difficult vicissitudes of life belies all our sermons and exhortations about God's loving us.

All of which is to say that from a Wesleyan perspective celebrating the Reformation is a tricky matter. The Methodist movement embodied a theological check on the Reformation, reminding it not to discard the truth of sanctification even as it rightly rejected a moralizing works-righteousness in the name of justification by grace. So, too, the Methodist movement resisted separating or splitting from The Church of England to form a new denomination.

Whatever we celebrate when we mark the Reformation, we must not celebrate schism or minimize the seriousness of divisions in the church.

What should we celebrate?

Without question, Methodism is a proud child of the Reformation, deeply committed to the gospel of justification freely offered by God in Christ. Yet, even as Methodism claims its rightful place in the Reformation procession, it recognizes its providential mission to continue the reformation.

Perhaps the first way United Methodists and others in the Wesleyan family celebrate the Reformation is by recalling their reforming mission —to remind the whole church of God's salvific gift, not only of justification or the pardon of sin but also of healing from the corrupting power of sin, of the sanctification that reforms sinners and enables holy living.

In this reforming spirit, Wesley was fond of encouraging his followers to "provoke one another to love and to good works." (Hebrews 10:24)

Moreover, we do this best not by keeping to ourselves, like a pile of salt off in the corner (to use again an image from John's Gospel) or by celebrating our separated existence, as if schism and division were an inconsequential matter. Rather, it is our "peculiar glory" to exist only for the sake of the whole church, for the sake of provoking our sisters and brothers in other churches to love and good works.

This celebration of the Reformation provides a wonderful occasion for us to revisit, or perhaps visit for the first time, the relationships we have with other denominations. Some of those are found in formal full communion agreements, such as we have with the Evangelical Lutheran Church in America, the northern and southern provinces of the Moravian Church and the Uniting Church of Sweden. Others are informal, growing from a host of relationships established in local communities through shared worship experiences and works of mercy. Just as God raised us up so that others might learn of the glorious gift of sanctification, there is much we can learn from our Anglican, Lutheran and Catholic sisters and brothers, among others.

The Rev. Dan Bell is a United Methodist elder and member of the Florida Conference, now living in Salt Lake City, Utah. Previously he served as a professor of theology and ethics at Lutheran Theological Southern Seminary in Columbia, South Carolina. Contact him at [email protected]