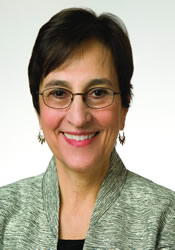 The Rev. Gwen Purushotham GENERAL BOARD OF HIGHER EDUCATION & MINISTRY

Preparing students to become ordained clergy remains the primary mission of the 13 United Methodist seminaries in the United States. But those seminaries—the wellspring of ordained United Methodist clergy for more than 170 years—are attracting an increasing number of students who come seeking a theological education and then pursue callings other than pastoral ministry in local congregations.

"There are some students who come with a clear sense of calling into parish ministry, and many of them do graduate and go into parish ministry," said the Rev. Jeffrey Kuan, dean of The Theological School at Drew University, in Madison, N.J. "But we also have a sizeable population of students who come feeling a sense of calling but having no idea what they want to do."

After internships and involvement in congregations, Kuan said some of the uncertain students fall in love with the local church and become pastors. "But there are also folks who thought that their calling was into parish ministry, who begin to think more broadly and go into other forms of ministry," he said.

Many seminary graduates serve as college campus ministers and as hospital, military and prison chaplains. Other graduates find their callings in business, in law and in ethics programs at various institutions. And many others become lay leaders in the church, some as staff and many in unpaid roles.

"We actually provide wonderful education, as do other seminaries, to people who want to work in the church, but who don't want to be ordained, either as deacons or elders," said Jan Love, dean of Candler School of Theology at Emory University in Atlanta. "They want to take care of children, or be vital to the Sunday school program, the youth ministry program or the worship life and music life of a congregation."

Most United Methodist seminaries provide courses that meet the educational requirements for people seeking to serve in specialized ministries, as either laity or clergy. The General Board of Higher Education and Ministry administers the certification process for 12 areas including music ministries, urban outreach, camps/retreat centers, people with disabilities and age-level (children's, youth, collegiate and older adult) ministries.

For laity who are not called to ordination, a theological education enhances their skill base and their capacity to think creatively and deeply about the ministry they want to perform in the church, Love said.

"So seminary education is incredibily beneficial for those folks, too, on a practical level, and as well, we hope, a spiritual formational and vocational level," she said. "We seek them for our student body to deepen and strengthen their capacity to respond to God's call in their lives, even though it's not a call to be ordained."

Each summer at Candler, the National Institute on Church Finance and Administration offers opportunities for people who work in local church administrative jobs, such as secretaries or finance officials, to expand their education and skills.

"It's a continuing education certification program, not a degree program, but we're really proud of it because we get ordinary lay people who devote their lives to church administration," Love said.

The monthlong program mixes theology with business and leadership skills and administration, with full certification available to participants who attend multiple sessions.

Learning about the world 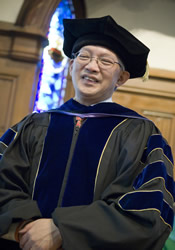 Kuan, who is also president of the Association of United Methodist Theological Schools, said the theological education now offered at many seminaries is based more broadly in the field of humanities and critical thinking.

"Our students learn about the world that they are going into, the place of religion in the world," he said. "They learn how to think critically, to be able to analyze situations, to be able to negotiate in different contexts, to think about how to work with people, and all these become very valuable skills."

At Gammon Theological Seminary in Atlanta, the only historically African-American seminary of The United Methodist Church, most students are working on master of divinity degrees, and the majority of them are interested in parish ministry, said the Rev. Albert D. Mosley, Gammon's president and dean.

"But parish ministry in the black church tradition tends to be a little different because a parish ministry involves community organizing and involves being a social justice advocate," Mosley said. "We prepare people to be what we like to call 'public theologians.' They are not just pastors; they are pastors, community organizers, the person who gets the rally together, the person who's addressing housing inequality, the person who's talking about health-care reform. They are doing all these things in their roles as pastors, which really is the historic role of pastor in the black church."

What The United Methodist Church needs now, more than ever before, are leaders who are well-grounded in the theology of the church, Mosley said.

"We need leaders who are not only trained to think critically, but also leaders who, through their seminary and their theological education, possess, acquire necessary gifts and skills to lead the church forward—persons who are visionaries, who are compassionate, who can certainly see the church as it is, but also see the church where it needs to go." 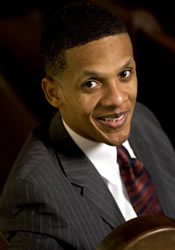 "When we have these well-equipped and well-trained clergy, the church hopefully benefits from that, and not only does the church benefit from it, but society benefits from it when you have a church that's active and a church that is part of the community that's being led by someone who has acquired those types of skills through a theological education," he said.

With a rapidly aging clergy, the church has placed an emphasis on training young people for ordination and service in the local church. The 2012 General Conference set aside $7 million to increase the number of young clergy.

"What we have to do at the same time is to reflect on the mission of the church and to determine what kind of leaders we need for that mission," said the Rev. Gwen Purushotham, associate general secretary and head of the Division of Ordained Ministry at the General Board of Higher Education and Ministry.

"That mission might be broader than ordained clergy appointed to individual congregations. It would include that, clearly. But is it something more? Is there something afoot? Is God active in the world in some way that we need to get onboard with that we aren't completely seeing?"

"The students in our seminaries, if we consider what their passions are, might be telling us something that we need to hear about what ministry means for them and how it could contribute toward the advancing of the mission of God in the world," said Purushotham.

Tom Gillem is a freelance writer and photographer based in Brentwood, Tenn.

Exploration 2013: Gather on the Journey

Nov. 15-17, 2013—Denver A time for young adults, ages 18-26, to hear, discern and respond to God's call to ordained ministry and to explore their gifts for service as a deacon or elder in The United Methodist Church.