Why we give to mission

A late 2017 political debate in the United States focused on the extent to which government should allow tax deductions for charitable gifts, including those to faith-based nonprofits. Opponents of limits argued that charitable deductions encourage giving to churches and religious causes. Many of my colleagues in the nonprofit sector were worried. When asked if I worried about the impact on Global Ministries and UMCOR, I explained that tax breaks certainly impact giving to our agency. However, I don’t believe the primary reason people give to Global Ministries and UMCOR is for a tax deduction.

When people join The United Methodist Church and are received into a local congregation, they are asked to support its ministries through their prayers, their presence, their gifts, and their service. Each commitment requires an act of sacrifice. Each is a means of giving. It reminds me of a wonderful story of a young woman in the 19th century who put a note in an offering plate at a mission rally, saying, “five dollars and myself for China.” Mary Isabella McClellan Lambuth did become a missionary. She and her husband, James Lambuth, spent 50 years in missionary service in China and Japan.

Just why do we give—and why should we? Each week in my local church, one of my pastors pauses before receiving the offering to remind us of the importance of giving our financial resources. Time and talents are important, yes. (They ask for those gifts each week, too.) Their call is clear each and every week: financial gifts matter. It is a practice Scripture teaches us. It is a part of our response to God’s love shown in Jesus Christ. And it is part of our learning to trust in God to provide for our every need. 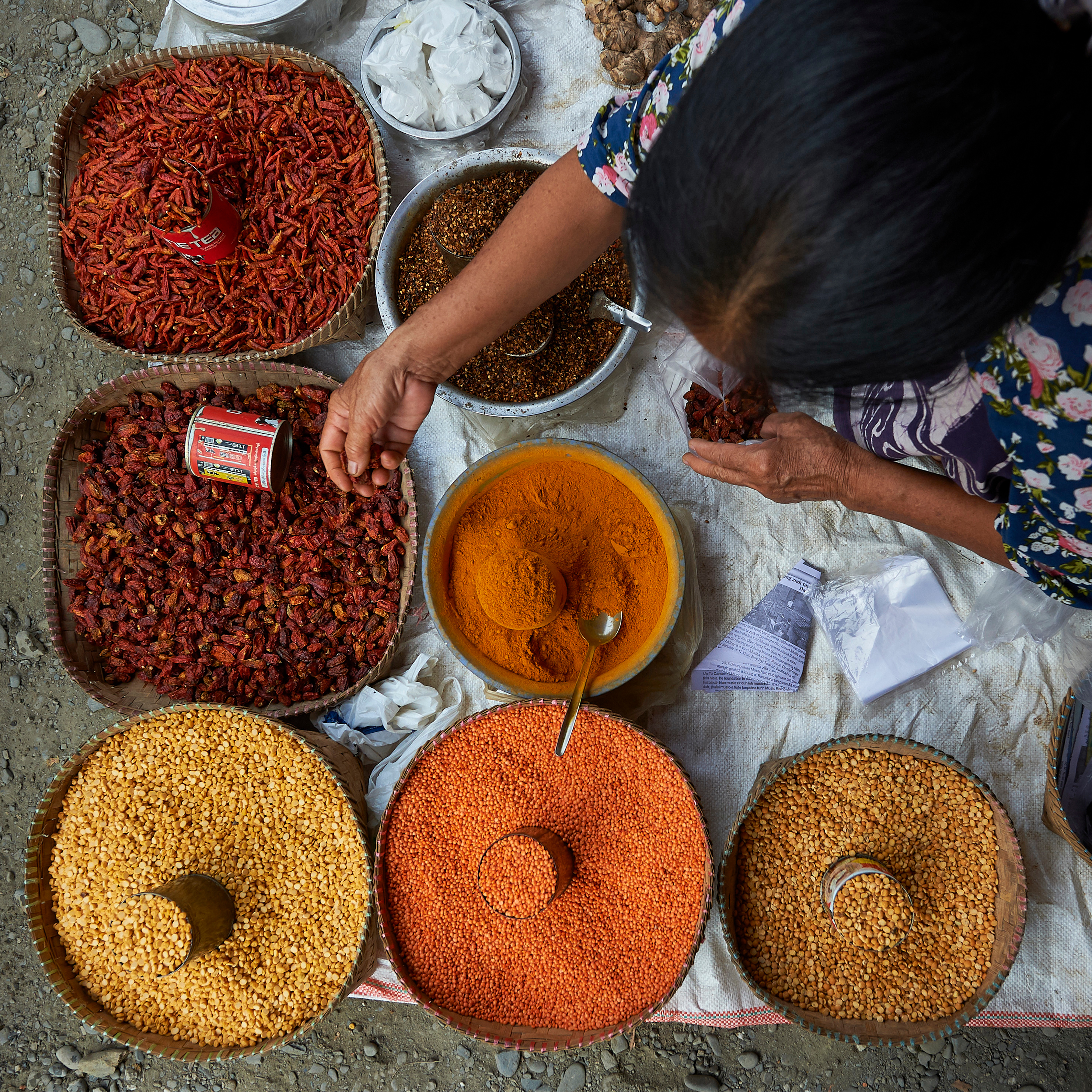 A typical starting point for consideration of biblical mandates and precepts on giving is the Old Testament concept of “the tithe,” a complex obligatory tax that evolved in ancient Israel. The tithe, as it unfolds in the books of Leviticus, Numbers, and Deuteronomy, was a tenth of the fruit of the land—often grain, spices, oil, wine, and livestock—collected to support the Levites (the priests) and care for the poor. This tithe was rooted in religious law, and Jesus admonished Jews of his day to observe it:

Woe to you, scribes and Pharisees, hypocrites! For you tithe mint and dill and cummin, and have neglected the weightier provisions of the law: justice and mercy and faithfulness; but these are the things you should have done without neglecting the others. (Matthew 23:23, New American Standard Bible)

This same “woe” appears in Luke 11:42, and the idea of giving 10 percent of one’s income to the church is common in some Christian communities past and present, but tithing is not a requirement or even a major emphasis in the New Testament. Giving to the early church and its work was not based on legal requirements, rather on joyful response to God’s love. Paul puts it this way in II Corinthians 9:7: “Each of you must give as you have made up your mind, not reluctantly or under compulsion, for God loves a cheerful giver.” (NRSV)

And what guides us in making up our minds about giving? What forms our understanding of what we historically call Christian stewardship—wise and responsible use of time, abilities, and means?

Let’s look at two other passages in the Gospel of Matthew, the first we call the Great Commandment:

The second is the Great Commission:

And Jesus came and said to them, “All authority in heaven and on earth has been given to me. Go therefore and make disciples of all nations, baptizing them in the name of the Father and of the Son and of the Holy Spirit, and teaching them to obey everything that I have commanded you.” (Matthew 28:18-20a NRSV)

The Great Commandment states that loving God and neighbor comprises the nature of individual and corporate faith—the good news not only proclaimed by Jesus but also exemplified in his death and resurrection. The Great Commission is a charge to expand the church as the community gathered around the love of God.

We give to the church, which is a mission movement, to celebrate and promote the Gospel of God’s love. The late theologian H. Richard Niebuhr put it well when he said that the purpose of the church and its ministry “is the increase of the love of God and neighbor.” Our gifts of various kinds make the increase possible. This is in line with the understanding of our Methodist founder, John Wesley. As Bishop Kenneth Carder said in widely distributed 2016 article:

Stewardship is at the heart of the Wesleyan revival, and John Wesley considered it an integral component of Christian discipleship. It was a consistent theme of his preaching and personal practice. Giving of financial resources was a necessary spiritual discipline of every member of the Wesleyan classes and societies. For Wesley, no one was exempt from the commandment to love God and neighbor and giving was an expression of that love. 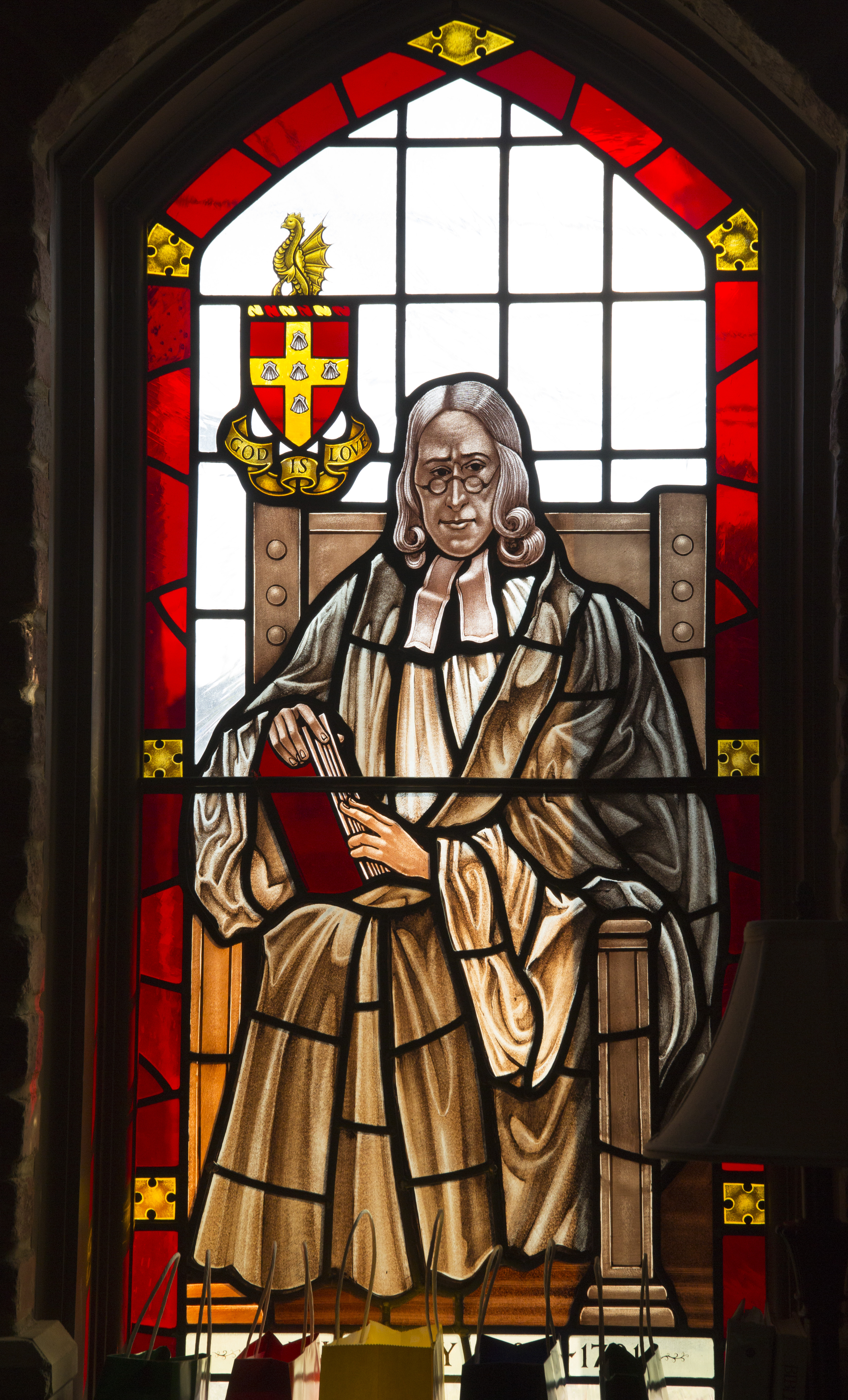 Wesley believed that all money one had beyond what was needed to live modestly and pay creditors should be given away. He could have become rich from the sale of his writings and from donations to the church, but he never had more than 100 British pounds at one time. The only money he had left when he died was a few coins in his pockets and dresser drawers.

That means we put ourselves, as well as our means—our money—to work for God’s mission, and this means recognizing our gifts as an expression of love for neighbors—other people. Our gifts are symbols of our acknowledgment of the links between the Great Commandment and the Great Commission.

What Does Our Mission Giving Accomplish?

At least since its formation in 1968, The United Methodist Church has pursued its global mission through four goals, as expressed in the work of its mission society, the General Board of Global Ministries. Those are:

Our gifts toward the accomplishment of these goals have many specific uses. Currently, Global Ministries emphasizes giving for four types of ministry and mission: 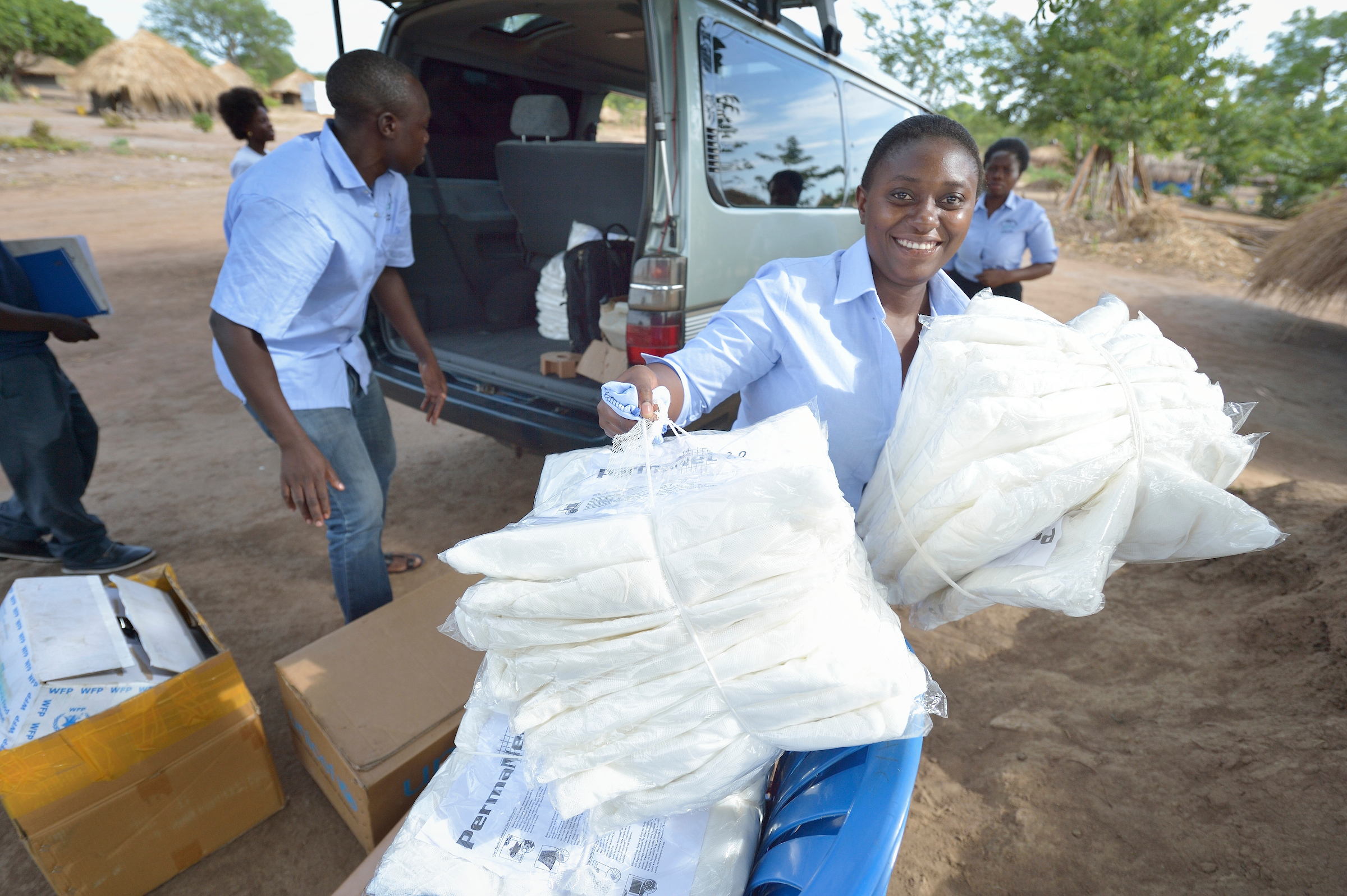 Workers unload insecticide-treated bed nets as they set up an outreach clinic in the Rhino Refugee Camp in northern Uganda, serving refugees from South Sudan. Photo by Paul Jeffrey.

United Methodists give to mission in direct and indirect ways. One of the primary ways is through apportionment contributions made by local congregations across the connection. The World Service Fund, one piece of the apportionment, supports many general church causes, including Global Ministries. Many individuals and congregations go a “second mile” and support disaster relief, development projects, and missionaries through The Advance. The Advance, our denomination’s shared program for designated mission giving, ensures that 100 percent of each gift goes to the donor’s chosen project or program or for missionary support. Many individuals also give direct gifts to Global Ministries and UMCOR and remember our work through planned giving and estate gifts, financial vehicles that carry their legacy forward for generations.

We Do More Together

Many of us are familiar with the custom of naming buildings, rooms, schools, and other spaces for donors. This is common practice at universities, hospitals, and even in some churches. A friend recently asked a group of us what we’d want our name on—if we had the money to do it. One person said a scholarship—with the knowledge that the resources would help educate another generation. One said he would fund an endowed position in homiletics at his seminary to ensure great preaching for generations to come. I said I’d fund a bridge on a greenway trail because I love the idea of connecting the two sides.

As I reflected on our answers, I realized that each of us was more interested in the impact than in the recognition. I also realized that it would take more than just our individual gifts to make a difference. One scholarship or one professor is not a whole university. It takes more than a bridge to make a trail. And the same is true when we give to mission. One gift is seldom enough to accomplish the whole task or project. It takes many gifts—from individuals, churches, and conferences. Indeed, it takes the people of The United Methodist Church to have a global impact for Christ and the Kingdom.