2019 Special Called Session of General Conference – Who are the Delegates?

Among all General Conference delegates, only 36% are women. *

*Gender data for 12 delegates (10 – Concordat, 1 – Texas, 1 – West Congo) were not reported, and therefore are not reflected in this figure. 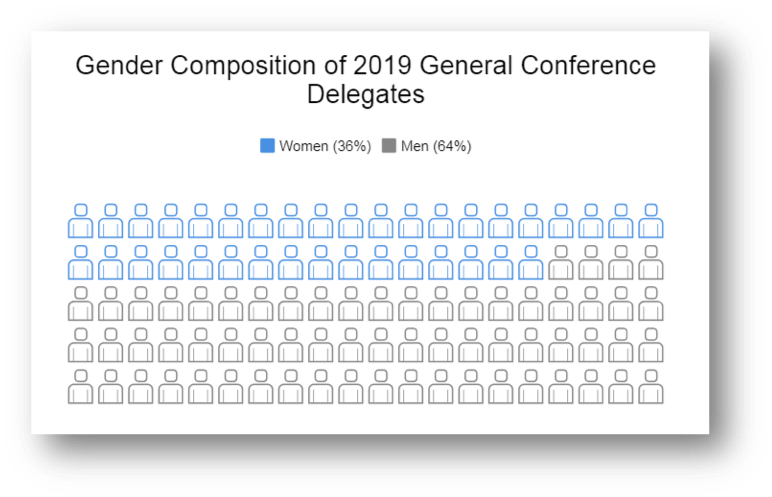 Tables 2 and 3 show the gender distribution of clergy and lay delegates for each jurisdiction/central conference.

In most jurisdictions and central conferences, women are underrepresented among clergy delegates, and are more likely to be delegates elected among laity. Overall, only 29% of delegates that are clergy are women; 71% are men. This ratio is similar to the gender distribution of clergy described in a recent GCSRW report that examined the gender pay gap between clergywomen and clergymen.

Of the 305 General Conference delegates for 2019 that are women, 40.5% are clergy delegates, and 59.5% are lay delegates. Of the 129 annual conferences, 46 (36%) of them have 50% or more women in their delegation (bolded in the Appendix). Five annual conferences do not have any women delegates: Bicol Philippines, Kasai, Malawi Provisional, Quezon City Philippines, and West Congo.

Clergy and Lay Delegates, By Region 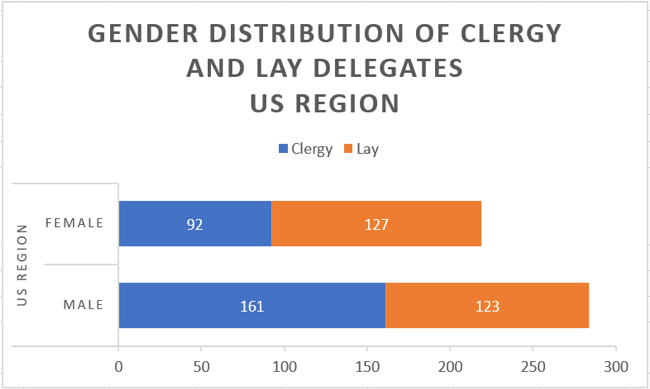 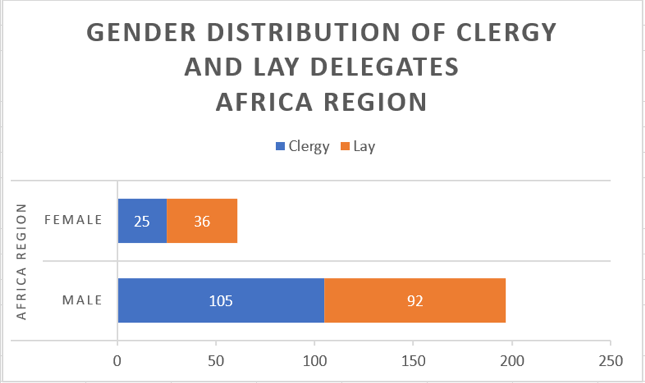 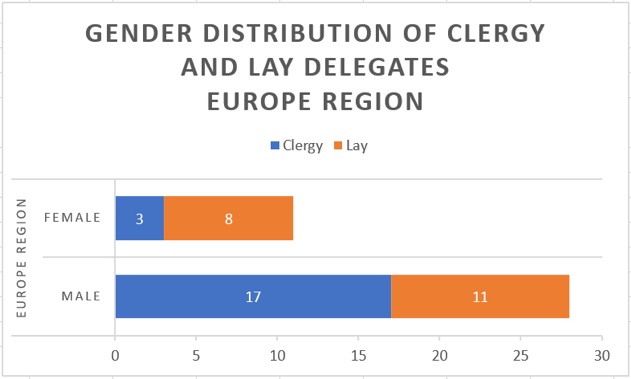 Special thanks to the General Commission on General Conference for the collection of data used in this analysis.