Snapshot: Who is at the decision-making table?

Forty-four percent or 266 of the delegates are women and 56% (or 336) are men. One jurisdiction, Western, has more female delegates than male (see Table 2). When aggregated by gender and status (lay or clergy), the largest percentage of U.S. delegates are clergymen at 31% and smallest percentage is clergywomen at 19% (see Table 3). The laity is almost evenly divided between men (152) and women (149). 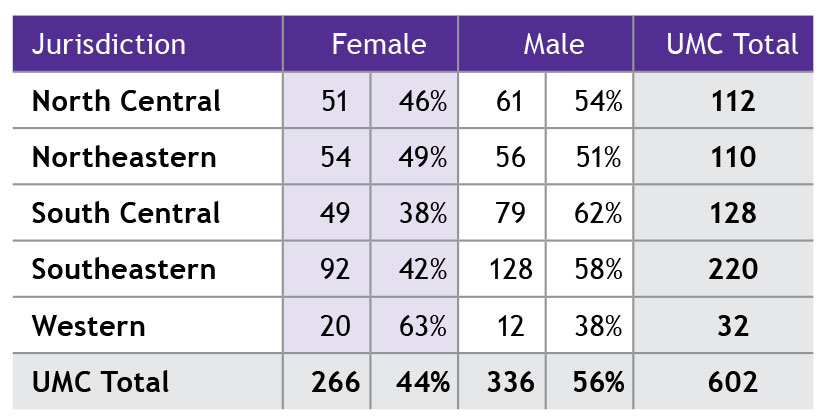 Delegate Status and Gender by Jurisdiction

To put things in perspective, there are 257 white males to the 135 males of color, which is almost a 2 to 1 ratio. Further, there are 13 legislative committees, if the jurisdictional delegates were divided evenly among the committees, on each committee there would be 4 women of color, 6 men of color and 35 white persons. The strength of the 3 to 1 ratio of whites to people of color in the overall U.S. delegation is clearly viewed here, demonstrating the diminished representation of people of color in the committees.

Gender and Status by Race/Ethnicity and Jurisdiction 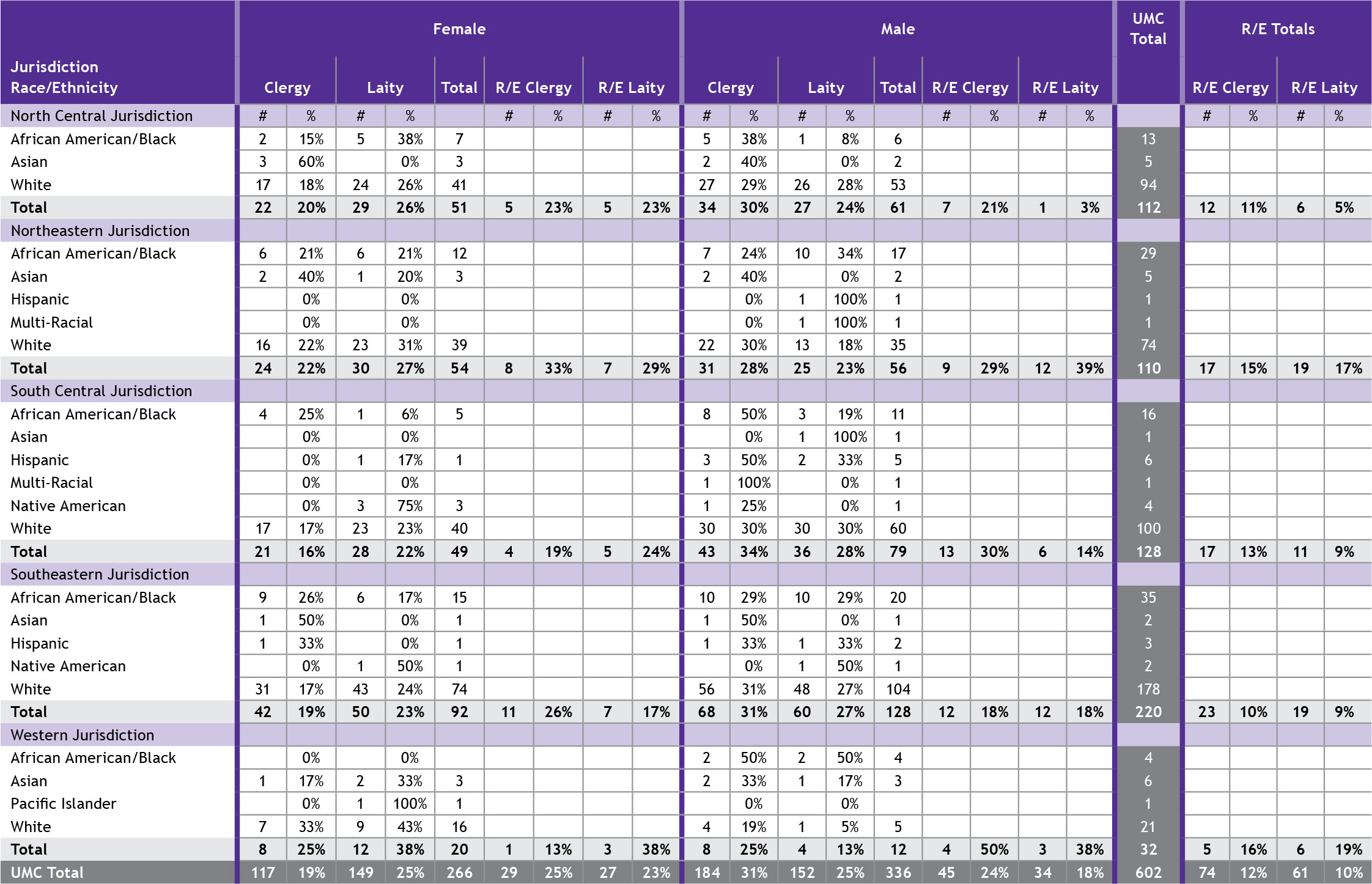