Three bullet holes still scar the office windows of the Voice of Hope — a lasting reminder of election-related violence and how the church’s hope endures.

In early 2011, gun battles erupted in the streets of Côte d’Ivoire’s commercial center after then president Laurent Gbagbo refused to relinquish power to his newly elected successor, Alassane Ouattara.

The United Methodist radio station — located near what was then the presidential residence — was caught in the crossfire. Almost everything in the city stopped, but the station’s Christian broadcasts never did.

The ministry along with its gospel message persisted. Today, leaders of other United Methodist radio stations around the world want to emulate its passion for spreading the good news.

“By the grace of God, this has been a real positive evolution,” said Lydie Acquah, director of the Voice of Hope radio station since it first went on air more than eight years ago. Like other French speakers in Côte d’Ivoire, she spoke to United Methodist News Service through an interpreter. 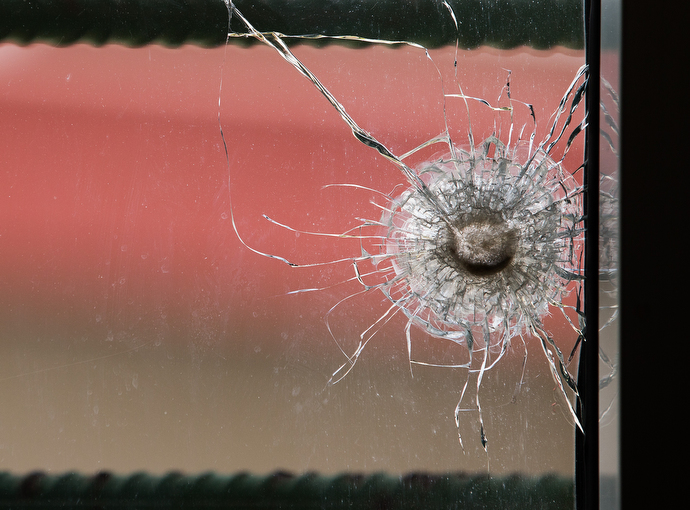 A bullet hole in a newsroom window at The Voice of Hope serves as a reminder of election-related violence in 2011. The station remained on the air during the crisis and several staffers took shelter there.

Twenty-four hours a day, the radio station — called “La Voix de L’Espérance” in French — transmits the faith in word and song within a 200-kilometer (124-mile) broadcast range, reaching village and city residents alike. Staff members begin and end each day with prayer. Pastors present most of the programs. 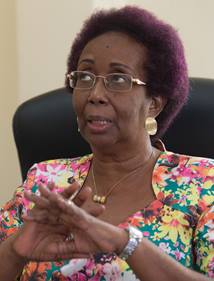 Lydie Acquah is director of the Voice of Hope radio station.

How to help broadcast hope

The Voice of Hope radio station is seeking to install more transmitters to proclaim the gospel in remote villages, camps and non-electrified areas.

Donors can support the ministry with gifts to Advance #3020725.

The station offers a public Christian voice in a nation where Christians themselves are in the minority.

Acquah pointed out that in Africa, radio reaches far more people than television. Radio sets are relatively inexpensive, and many people can readily access radio broadcasts on their phones. That makes radio a particularly effective evangelism tool.

“On an annual basis, about 15 non-Christians will come to this station wanting to know more about Christ Jesus,” Acquah said.

The Voice of Hope’s programming also served as a fitting inspirational backdrop as a multinational group of denominational leadersrecently met in Abidjan.

The radio station offices sit inside a compound that also includes the residences of the bishop and conference secretary. Jubilee United Methodist Church, one of the denomination’s largest churches in Abidjan, stands nearby.

During the 2011 civil strife, five radio staff members remained in the compound to keep the station operating. Among them was Olivia Adiko, the station’s chief editor.

“It was frightening,” she said. “After work we couldn’t go back home because there were soldiers everywhere. To escape the bullets, we had to stay at the conference secretary’s house.”

The shooting took place mostly at night, she said. At times, soldiers brought their fight inside the compound, shooting everywhere while the staff members huddled deep inside. 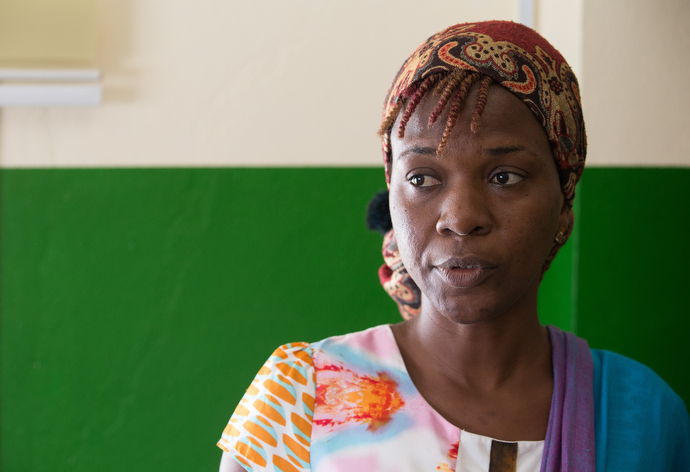 Olivia Adiko recalls how she took shelter at the radio station during election-related violence in 2011. 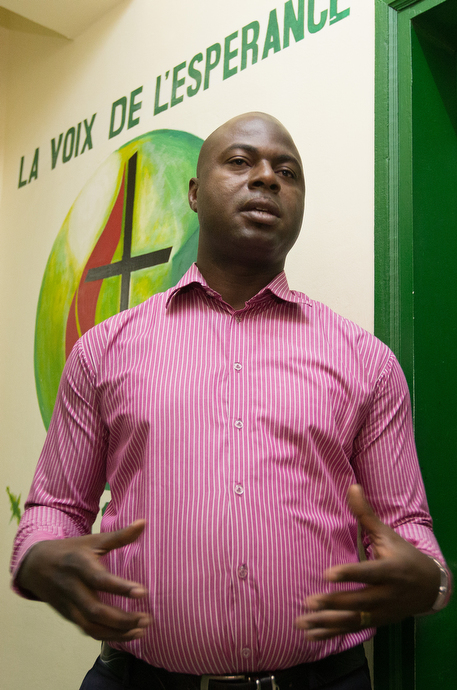 Engineer Serge Pacôme N’guessan helped keep the station on the air during the 2011 violence.

Eventually, her colleague Serge Pacôme N’Guessan, an engineer, devised software that allowed employees to play the station’s recorded programs remotely from their homes.

During a lull in fighting, the staff members were able to return home. Still, for the next two weeks, N’Guessan said, employees periodically risked visiting the station to check on the equipment.

But the violence had taken a heavy toll on their country. According to Human Rights Watch, the six-month conflict took the lives of at least 3,000 civilians and involved the rape of 150 women in Côte d’Ivoire.

The radio station, Adiko said, was “a shelter when things were so hot.”

“We have heard a lot feedback from the listeners,” Acquah said. “Many people drop by because they want to meet a pastor. They want to open up and share whatever concerns they have.” 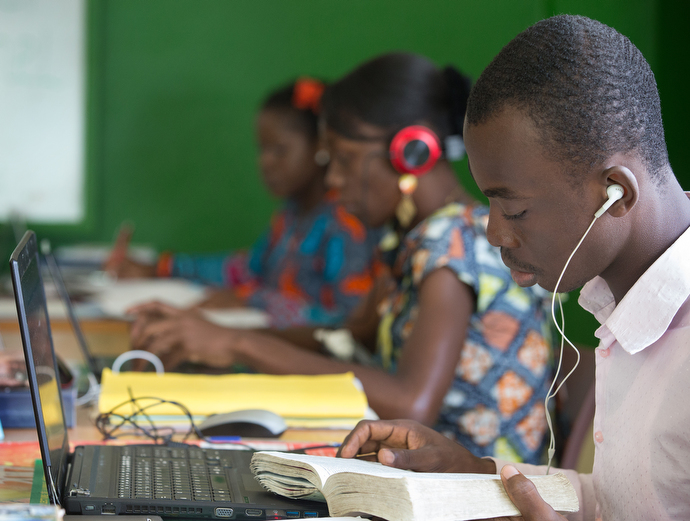 Lionel Sahuie (right) prepares a story in the newsroom at The Voice of Hope.

Since then, the staff has doubled from 12 to 24, and the newcomers to radio are now experienced hands at broadcasting.

Today, the station’s funding mostly comes from the Côte d’Ivoire Conference and advertising. It recently started a marketing department. However, Acquah added that more financial support is always welcome.

Other United Methodist conferences are also using the Voice of Hope as a model. “Many other conferences want to have the same experience, which is the experience of evangelism,” Acquah said.

She was the first coordinator of a United Methodist radio network that includes six stations, stretching from Africa to the Philippines, with three more in the planning stages.

Every year the Voice of Hope chooses a different Bible verse to serve as a theme for that year’s programming. This year’s theme, Psalm 27:14, is a good fit for a station whose hope in the gospel inspires so many.

“Hope in the Lord!” the verse says. “Be strong! Let your heart take courage!”

Hahn is a reporter with United Methodist News Service and DuBose is a photographer.
Contact them at (615) 742-5470 or [email protected]. To read more United Methodist news, subscribe to the free Daily or Weekly Digests.

If you believe in our mission, please make a tax-deductible donation to United Methodist Communications through its Foundation.