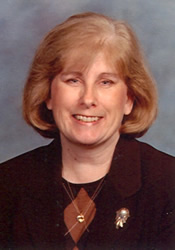 The elderly woman was considered a saint by members of her congregation. Her attendance at worship and events for senior adults like herself was always a given. She had tithed for as long as anyone could remember.

But suddenly, that all changed. She stopped going on the monthly excursions for seniors because of the cost, and her offerings slowed to a trickle.

The woman was a victim of financial elder abuse. A growing problem for the expanding senior population, statistics released in 2012 called it the third most common form of elder abuse after neglect and physical abuse.

"It's just incredible to me how many different ways older adults can be stolen from and financially abused," said the Rev. Joy Melton, an Atlanta attorney and deacon in the North Georgia Annual Conference. "In my law practice, I see lots of examples of older adults being exploited financially by caregivers."

Melton, author of a new book entitled Safe Sanctuaries: The Church Responds to Abuse, Neglect and Exploitation of Older Adults (Discipleship Resources, bookstore.upperroom.org, 800-972-0433), said clergy and laity—especially middle-aged adults who have older parents—should be on the alert for signs of financial elder abuse in their congregations. Those include changes in behaviors or spending patterns.

Business administrators or financial secretaries might be the first to see a change in a senior's giving habits, which could indicate the person's funds were being diverted by a caregiver, Melton said.

Older adult financial exploitation is escalating in the United States, where approximately 5 million cases occur annually, Melton said.Countless other incidents go unreported. In 2010, $2.6 billion belonging to senior adults was squandered or stolen. Most vulnerable are women who are 80 years old and older.

"We have more older adults in the population, and therefore, we have more opportunities for abuse. Older adults have the greatest proportion of money in our society, and they are obvious targets for financial predators. Their diminished cognitive abilities create vulnerabilities," Melton said.

Examples of elder financial abuse include forging an older adult's signature on a check; getting the person to sign a deed, will or power of attorney through deception, coercion or undue influence; or using an older adult's property or possessions without permission, she said.

Seniors also can be abused financially when they allow unscrupulous caregivers to use their credit card to buy groceries or prescriptions. A predator with an older adult's credit card has that person's financial well-being in his or her hands and can use the information online over and over again, Melton said. Vulnerability also jumps when a senior adult signs a blank check for a caregiver to use at the grocery or pharmacy.

People who exploit the elderly often volunteer to make hospital or nursing home visits representing churches. "Predators carry a mantle of respectability around them when they say, 'Well, pastor so-and-so knows me, and he thought we might like to talk,'" Melton said.

She advised churches to be very selective when someone new to the congregation immediately volunteers to be a hospital or nursing home visitor.

"I'd be very careful about putting a new person or a not well-known person into that role," she said. "I have known of situations where a predator would visit a nursing home resident faithfully, and then all of a sudden, he had that person's power of attorney. And it was all because he started out by saying, 'Well, the church sent me.'"

To be safe, all volunteers who visit the elderly representing the church should undergo screenings similar to those used for youth and children's ministry workers. The screening should include a written application and checked references, said Melton, who also has authored a series of publications about safe sanctuaries for youth in churches.

Tom Gillem is a freelance writer and photographer based in Brentwood, Tenn.