Each year The United Methodist Church celebrates Heritage Sunday on May 19 (Aldersgate Day) or the Sunday prior.

The General Commission on Archives and History has resources and suggestions for churches to observe Heritage Sunday.

Archives and History also has information to help congregations capture and preserve their history. You can find more ideas for writing and sharing your church’s history.

Every year The United Methodist Church celebrates Heritage Sunday. The celebration on May 24 or the Sunday prior both remembers the legacy of the denomination and honors the witness of church members throughout history.

However, celebrating heritage is more than honoring or remembering the past, said the Rev. Fred Day, top executive of the General Commission on Archives and History. Remembering their heritage can also help churches find their grounding in ministry as they continue their ongoing mission to make disciples for Jesus Christ for the transformation of the world.

“Now more than ever I think it’s vital for United Methodists to reconnect with their heritage,” Day said. “Our heritage is an important source of vitality and purpose. Knowing where we come from and who we are can inspire and motivate us in our current ministries while leading us toward the future.”

La Trinidad United Methodist Church in San Antonio, Texas understands the importance of heritage. Organized in 1876, La Trinidad is the sixth oldest Hispanic/Latino United Methodist congregation in the United States. The church maintains an on-site archives exhibit that not only preserves its own history but holds documents and records of the first Methodist missions into Mexico in the the 1880s. Today about 150 people worship during three weekly services, two in English and one in Spanish. Their pastor, the Rev. John Feagins, makes certain members remember their unique history.

“La Trinidad started as a mission to reach Mexican-Americans and saw rapid growth in the early 20th century as immigrants began arriving from across the border in greater numbers,” he said. “Among the documents in our archives are records left by one of the earliest Methodist missionaries into Mexico, Alexander Sutherland, and a copy of the 1904 Book of Discipline in Spanish. We also honor important figures in the history of Hispanic/Latino ministries by putting their names on our stained-glass windows. For Mother’s Day 2019, we’re honoring Dr. Raquel Martinez by putting her name on one of the windows. (Martinez and her husband, retired Bishop Joel Martinez) are regular attendees of our church.”

La Trinidad also celebrates its heritage with an annual service commemorating its founding on May 5. It incorporates elements of Cinco de Mayo festivities.

“We hold a congregational breakfast at a local Mexican restaurant four blocks away that actually sits on the land where the first meetings of the group that would become La Trinidad took place. For our 140th anniversary, we had about 450 people come to church,” Feagins said. “We also do programing events for Hispanic/Latino Heritage Month every year from September through October. One year we encouraged individual members to learn more about their own heritage by hosting a genealogy workshop with DNA tests.”

The congregation today is a mixture of United States-born members for whom English is their first language and recent immigrants from Latin America. Some members trace their family roots back to the church’s founding. To make everyone feel welcome and at home at La Trinidad, bilingualism is critical, Feagins explained. Most members speak both English and Spanish and the English service incorporates Spanish music and other elements.

La Trinidad’s history continues to inform its ministry and relationship to the community. The church has opened its doors to refugees and asylum-seekers coming into the United States while advocating for justice on behalf of immigrants. The church hosts citizenship classes and is a provider site for a Methodist Healthcare Ministries Wesley Nurse. La Trinidad also has an ongoing partnership with nearby Cooper Academy and provides lunch and Bible studies for at-risk students. The school began on the church grounds in 1910. 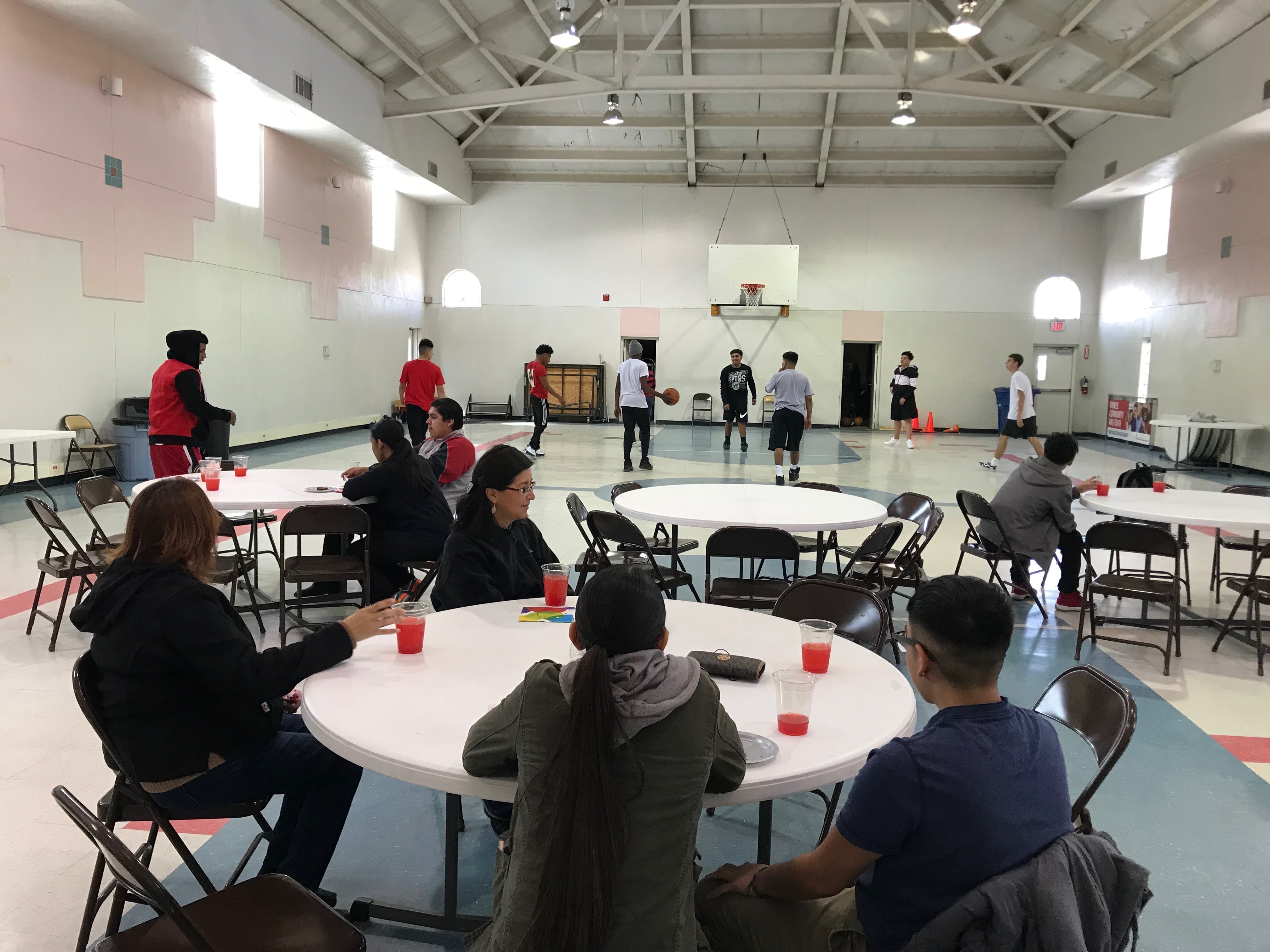 “We are not a homogenous community, but we are able to seamlessly bring together members whose family have lived in the area for generations and people who just arrived in this country,” Feagins said. “Everyone regards everyone with respect and feels welcome at our church. There’s a spirit of family that comes from the church’s deep Hispanic/Latino roots that I think can be a positive example to other churches. We managed to remain united in our mission to reach people for Christ while contextualizing our efforts to reach specific groups of people,” said Feagins.

La Trinidad illustrates how knowing and celebrating a congregation’s heritage is more than acknowledging the past. Heritage can be a source of identity and inspiration for churches both as they live out their ministry and values today and contemplate how best to continue their mission to make disciples in the future.