The Advance at 70: Connecting the church in mission

Whether we take up arms and nation march against nation in war, or take up tools and the workers of the world labor in peace; whether we acquiesce in inequality, deepen class consciousness and drift into class war, or use intelligence to create equal opportunity and discover the larger unity that lies in brotherhood; whether we continue to discriminate against our fellow man, or bid a society in which a man’s opportunity to earn his living is based upon his character and his capacity and not upon his color, will be determined at last by the faith to which we give our minds and hearts.

— May 5, 1948, from the preamble of the For Christ and His Church petition that created the Advance

It may be difficult today to imagine what the Methodist climate was like in 1948 when General Conference established the Advance for Christ and His Church. Bishop Costen C. Harrell described it as a “tragic and confused time” as he urged delegates to support the petition that effectively created what we know today as The Advance (Daily Christian Advocate, May 7, 1948).

Tragic and confused indeed. Like most mainline Protestant denominations, Methodism had sent out missionaries and established religious, educational, and medical institutions in many parts of the world — and some of them were in countries that were declared enemies of the Allied Forces during World War II. But Methodists still had churches, members, schools, and hospitals in those same countries — some of which continued to operate with much sacrifice throughout the war under the capable leadership of well-trained Methodist nationals in those countries. Fellow Methodists in the United States yearned for news about these places and Christians whom they encouraged and supported in the faith. They did not consider them “enemies,” even as American soldiers were sent to fight the war in the European and Pacific arenas. 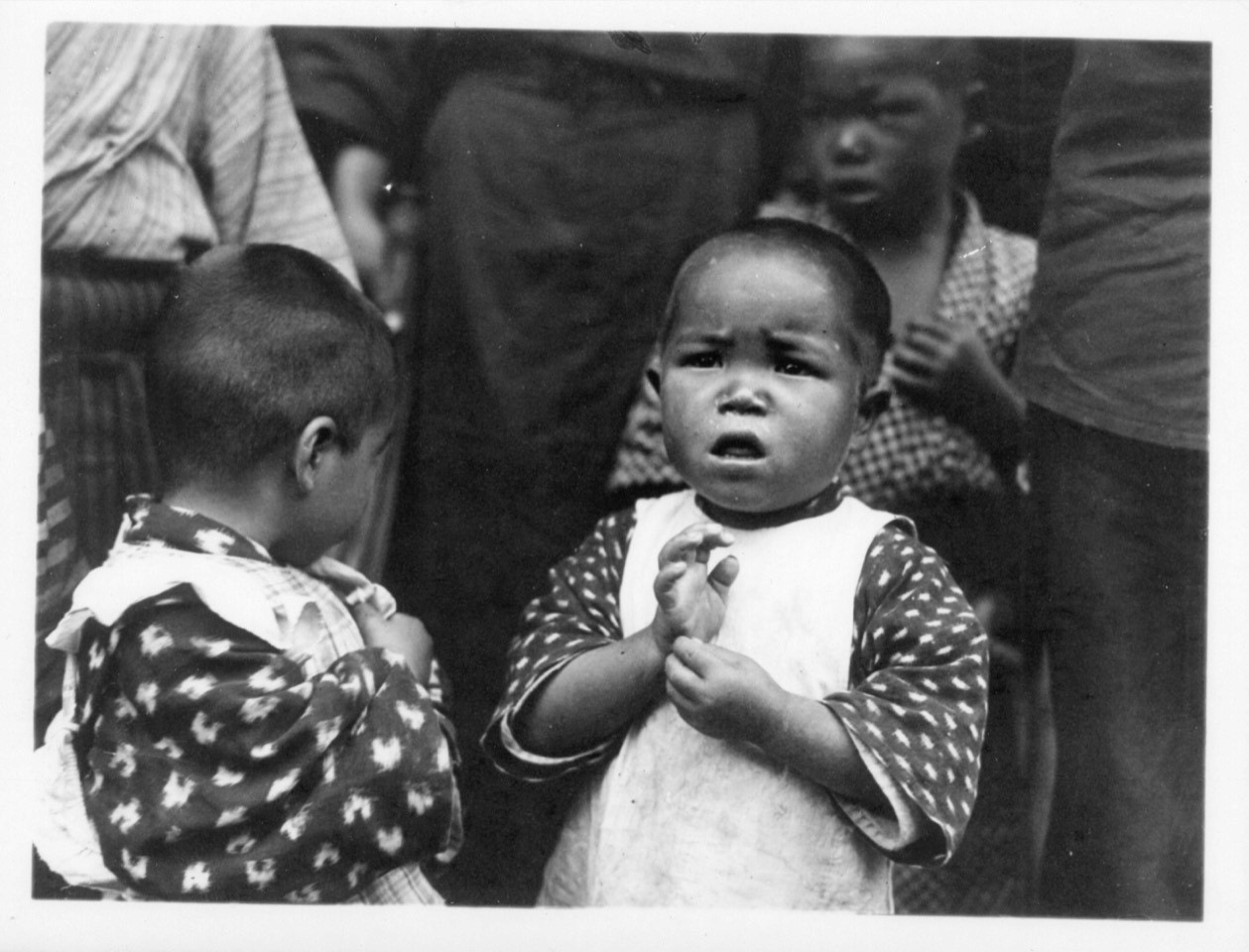 There were prestigious Methodist schools in both Hiroshima and Nagasaki under direct fire of the atomic bombs dropped by the United States in August of 1945. Although Japanese Methodists had formed a united church with other Protestants in Japan in 1941, the desire to know what happened to the former Japanese Methodists was so great that World Outlook sent its assistant editor and staff correspondent, Richard T. Baker, to investigate less than a year after the event. He visited the Methodist rubble, interviewed survivors, and brought back photos of utter and complete destruction. And even though the US government frowned on reporting about the aftermath of the bombs, Methodists continued to follow and publish the stories about their global members.

The May 1946 World Outlook reported that the famous Hiroshima Girls School lost nearly all its students, buildings, and property. Kwassui Gakuin and Chinzei Middle School in Nagasaki were also destroyed. Aoyama Gakuin in Tokyo had been evacuated—but still lost 10 students and two-thirds of its buildings in conventional warfare. The loss of innocent life was staggering. Yet, Methodists also mourned the loss of life and churches in Japanese-held regions of China, the Philippines, and Korea. The same May 1946 World Outlook features a message from Helen Kim, rejoicing that she and her country were now free to be Korean again after Japanese withdrawal, as well as an article from the first assembly of the United Nations, meeting in the great Methodist Hall of London, one of the few meeting halls left standing after the war.

Tragic and confusing times called for extraordinary resolve and commitment. The Advance was established to provide a channel of giving for Methodists to send aid and to help in reconstruction, but just as important in 1948 were two other objectives: 1. “A teaching and preaching endeavor in which Methodists may achieve a deeper understanding and commitment to Our Faith, Our Church, Our Ministry, and Our Mission,” and 2. “A Worldwide Advance in which Methodists may share in a ministry of relief and in carrying the Gospel of Christ to the peoples of the earth.” 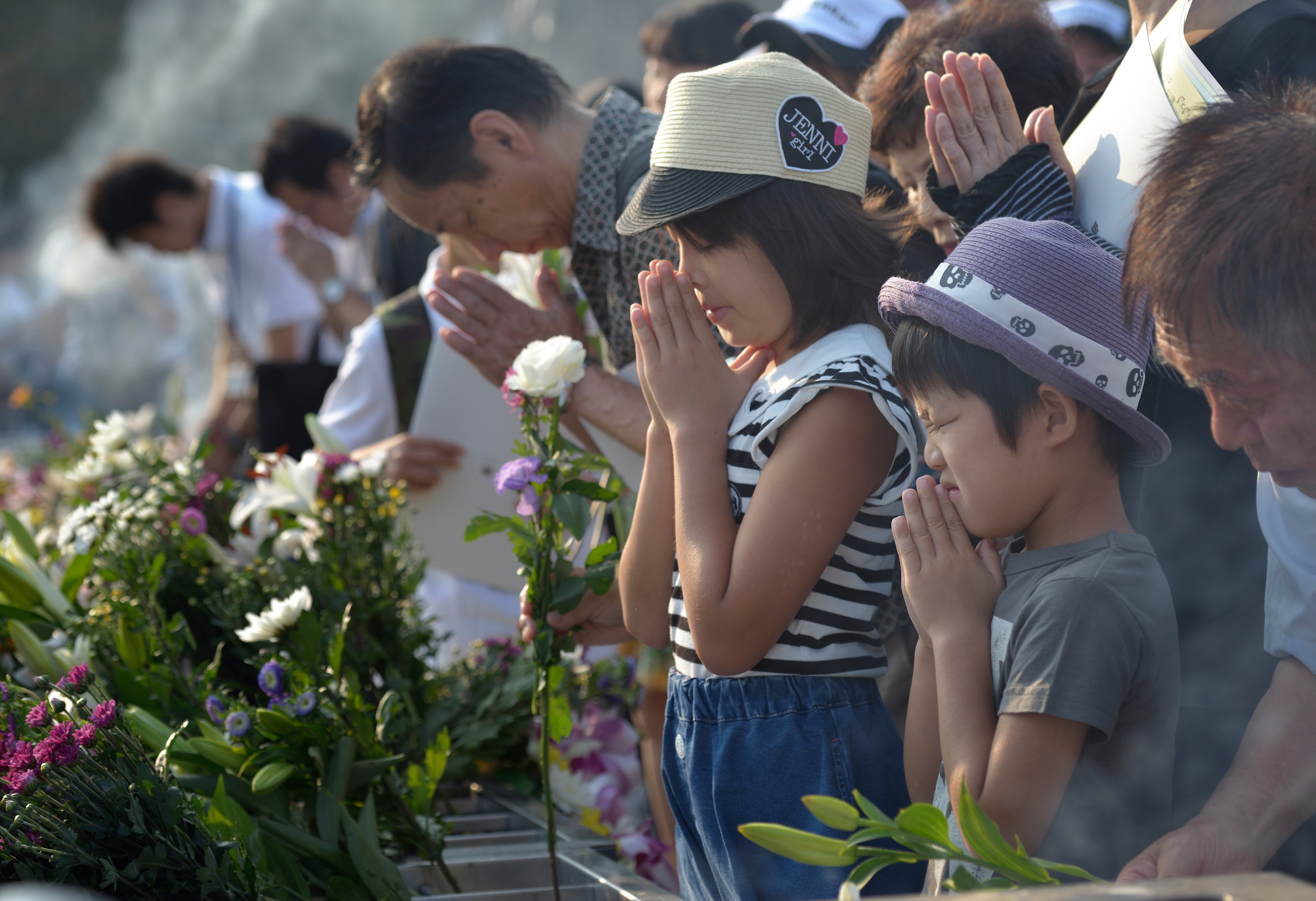 People praying on August 6, 2015, at a memorial in Hiroshima, Japan, that commemorates the victims of the atomic bombing of the city by the United States in 1945. Photo by Paul Jeffrey.

So, from its outset, the Advance was to be an educational tool to connect Methodists with the ministries being established around the world, an objective it continues to strive to meet today. It was also to be an evangelical vehicle to rebuild and expand faith communities and churches.

As the denomination’s relief agency, the Methodist Committee on Overseas Relief (MCOR), established eight years earlier by the 1940 General Conference, had much to do in 1948. Advance funding enabled MCOR to send food, clothing, and medicine to 32 different countries. It fed 12,000 children each week. Much of the work centered in the Displaced Persons (DP) camps of Europe, providing food, services, medicines, and assistance in resettling refugees in the United States.

MCOR also provided direct assistance to thousands of pastors who were on the brink of starvation in war-torn countries. “In China, where the terrible inflation has made it impossible for thousands of Chinese preachers to make ends meet, MCOR spent between $30,000 and $40,000 each month to keep them alive,” wrote Bishop Titus Lowe, executive director of MCOR in 1948. He also noted support of pastors in India, Pakistan, Germany, and Poland.

The Advance was to be a voluntary giving arm — in addition to a 33 percent increase in World Service collection that was not voluntary, which was also part of the 1948 petition. In a time before online giving and credit cards, the Advance funds were collected in two ways — through the conferences, with each conference concentrating on different “specials” to go to specific projects overseas and within the conference locally, and through a Week of Dedication annual offering during Lent—which was to be taken by every local congregation, much like Special Sunday offerings today. When the advance was established, every conference and jurisdiction had an Advance committee that connected initially with the Commission on Promotion and Cultivation in Evanston, Illinois, and later, with the Education and Cultivation Division of the Board of Missions in New York. The World Division and National Divisions of the Board of Missions each had Advance offices.

The Rev. Donald E. Redmond, who headed the World Division Advance office in the 1960s, described the genius of the Advance as the personalized process by which the U.S. church could become involved with the work of mission at home and abroad. Through various promotional materials and stories that followed the people and ministries the fund supported, the face of mission began to take on familiar characteristics — people connecting with other people through the grace of God.

In 1956, General Conference voted to make the Advance for Christ and His Church a permanent channel of giving. Today, its structure generally remains unchanged — 100% of the gift makes its way through Global Ministries finance structure and on to the designated project, determined primarily by its identifying project number. One change has been the addition of missionary support among the opportunities for Advance giving. Today, with decreasing support of institutions for their own sake, the Advance has weathered well because it continues to connect people who want to give to particular ministries and missionaries with the particular ministries and missionaries working in those areas of interest within The United Methodist Church or through its partners.

Today, donors fall into many different categories. Some want to give money through the Advance and know that their gift, however great or small, has made a difference. Others want a hands-on experience, not just “giving,” but also “doing,” and the Advance accommodates that by connecting people to ministries, often through missionaries, who work directly with beneficiaries and know their needs.

Some donors feel they must go and see, and the Advance can help them make that kind of connection as well. Julie and George Work in Birmingham, Michigan, for instance, were interested in ministries in Vietnam because their adopted daughter, Grace, is Vietnamese. They have made occasional trips back to Grace’s birth country over the last 18 years. Their interest in the United Methodist Southeast Asia mission initiatives began to grow. Through UMC connections, they discovered Pastor Quynh-Hoa Nguyen, a UMC missionary who works on leadership development in Southeast Asia. In an interview, Julie Work said: “I envisioned a ministry in which orphans received every opportunity to go to school, and for those who lacked the means, to be given shoes, a Bible, and a backpack with all that they needed to enroll. But it was also important to me that they were receiving these gifts from Christians, through Methodists — that someone halfway across the world whom they had never met wanted to give them an opportunity for an education as an act of Christian giving.” 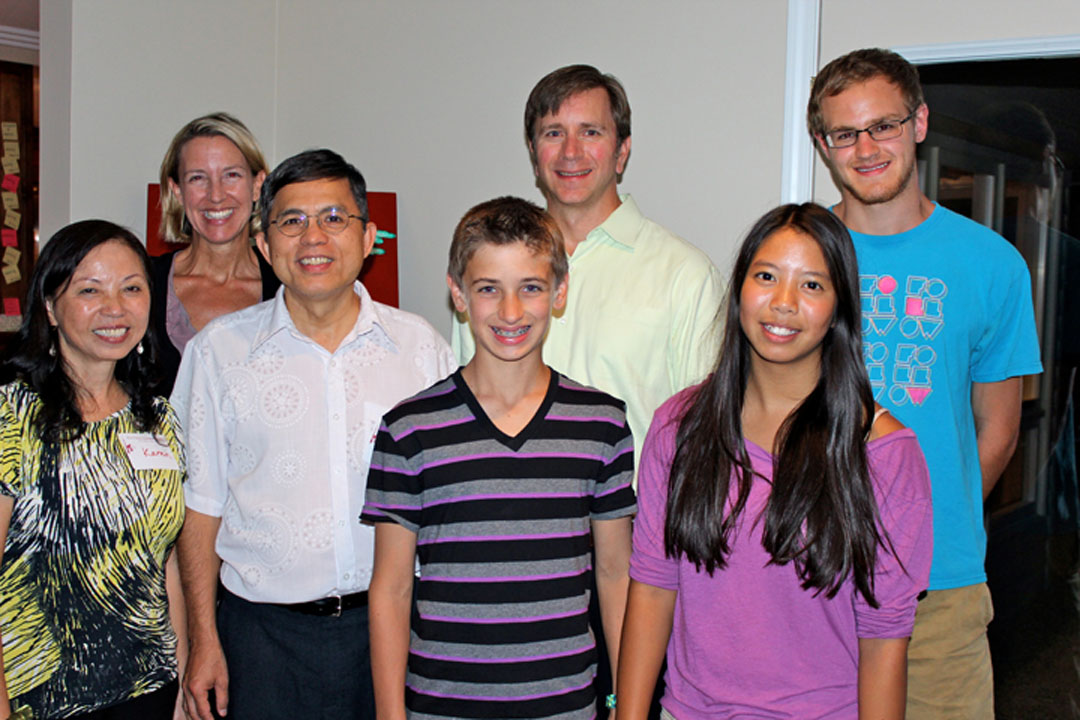 Julie was able to connect with Pastor Nguyen for a Backpack and Bible project. For her part, Pastor Nguyen writes: “Bibles and backpacks, used clothing, and health kits are programs of good news to the children and the poor. They demonstrate God’s love and care to ‘the least,’ helping them experience the reign of God breaking into their unbearable world. I felt fulfilled that I could both proclaim and demonstrate the reign of God, tending to the spiritual and the social aspects of the people in need. All this would not be possible without your prayers, support, and trust. Thank you for making it possible for me to be faithful and available to the mission of God.”

The Channel That Connects

Andrea Ramprashad, partner relations manager for The Advance at Global Ministries, interprets this channel of giving as a relational vehicle within the UMC. Giving sets up a relationship with a ministry, a project, or a missionary. “A donation through The Advance is a kind of giving that is bigger than the donation,” she says. “You can be in mission and make a significant contribution to the ministry while not being on the ground physically. Connecting the church in mission is what we do — we follow gifts and receive reports that demonstrate how tangible ministries happen all around the world.”

Everyone has a role to play in this whole process of mission — but without the donor, there is a piece missing in the whole. The relationship, the connection can only be complete with all the pieces in place and all the roles fulfilled.

The Advance office sometimes operates like a Global Ministries hub — it plays a function in reporting and accounting, certainly, but it also connects people with other offices at UMCOR and Global Ministries. The staff can answer many questions about United Methodist mission, and when the questions are beyond their ability to respond, they will try to get the caller to the correct office for help. Even in accidental ways, The Advance connects the church in mission.

Give to The Advance