As part of the churchwide response, an advertising campaign, #EndRacism, has been created and will include messaging on billboards, social media and online advertising. We are also providing social media graphics and other items so local churches and annual conferences can coordinate with this effort and speak to recent events in their own communities.

Graphics include sizes for social media and digital ads; a Facebook cover graphic; designs for printing your own poster, banner, T-shirt or yard sign; and files to help you customize your own design.

The "Dismantling Racism: Pressing on to Freedom” initiative is a multi-level effort throughout the church to initiate a sustained and coordinated effort to dismantle racism and promote collective action to work toward racial justice. The churchwide effort began with an announcement from the Council of Bishops on June 19 to coincide with Juneteenth, the commemoration of the end of slavery in the U.S.

On July 1 at 12 p.m. CDT, join United Methodists around the world at UMC.org/EndRacism and on Facebook for a town hall discussion hosted by the Council of Bishops, the Commission on Religion and Race, the Board of Church and Society and United Methodist Women. Join us for this exploration of the history of the United States and the United Methodist Church, racial (in)justice and where God is calling us to go next. 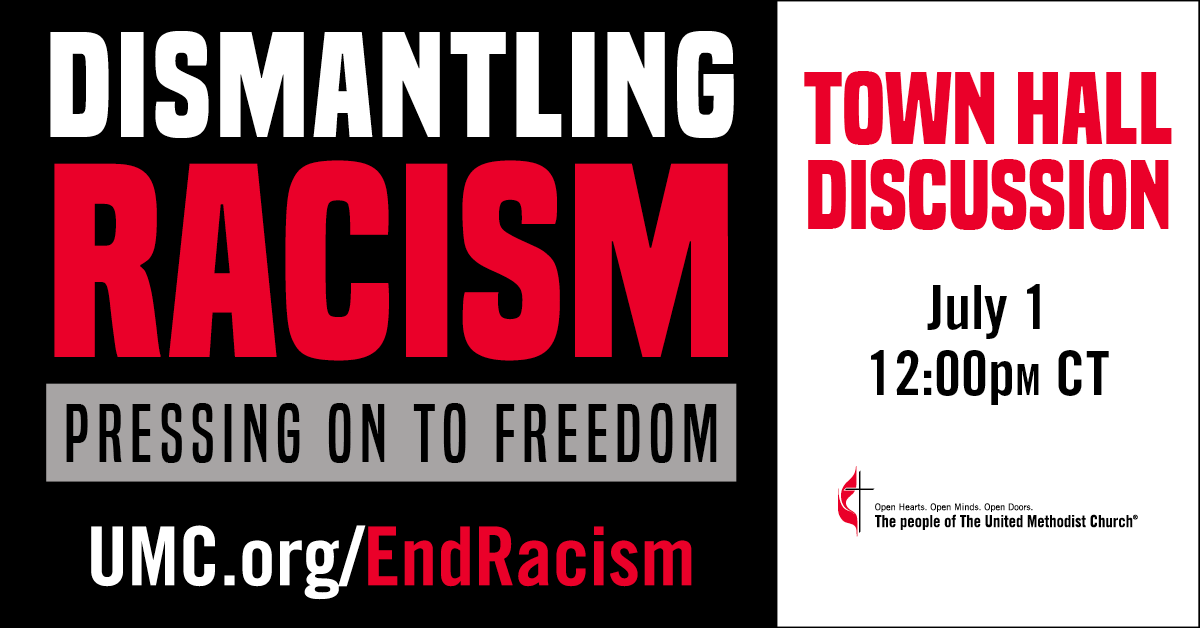