A snapshot of delegates to the 2008 Jurisdictional Conference

In mid-July, delegates to the five U.S. Jurisdictions are electing bishops and assigning representatives to church agencies. As the church reaches out to geographical areas with ministries and new church starts, are the appropriate demographic groups and voices represented in the decision-making process at jurisdictional conferences? 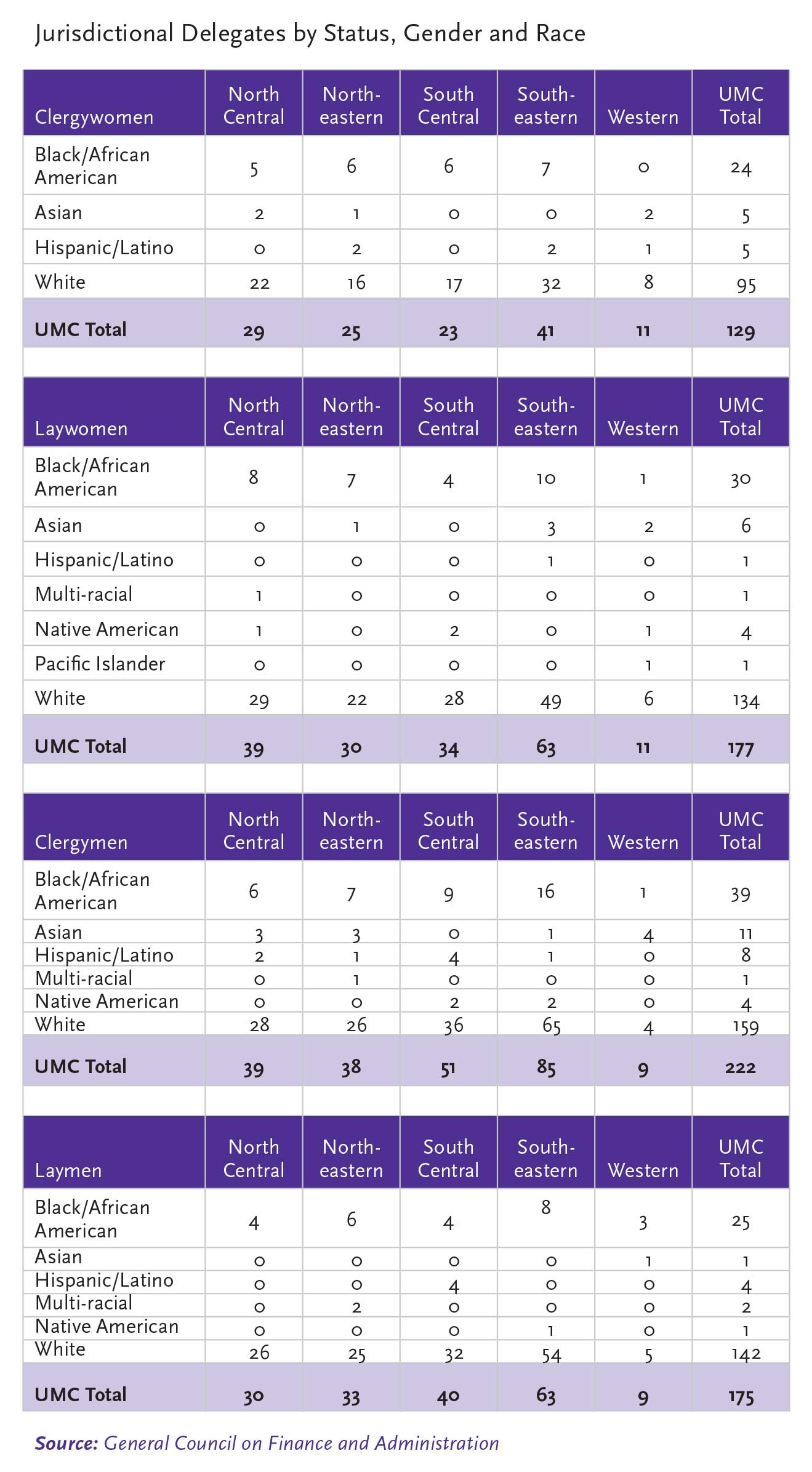 The number one reason that women and men left agency employment was that they had secured a new job. Beyond that, though, the variety of reasons offer a snapshot of why male and female employees leave general agencies of the church.

The Women by the Numbers article in the January-March 2007 issue reported that women made up 68% of the general agency workforce in 2006; men made up 32%. Racialethnic employees—including those from Africa, Latin America, Asia and the Pacific Islands—account for 27% of agency employees, according to our April-June 2007 article.

Women outnumbered men as employees of general agencies in 2006, although they were more likely to hold clerical jobs than executive posts. Still, based on these findings, the percentage of women (and racial-ethnic women in particular) employees that had their positions terminated by church agency or terminated due to policy violation and probation failure was greater than their proportion of the workforce.

Therefore, general agencies of The United Methodist Church should examine their hiring, performance appraisal, promotion and retraining processes for institutional racism and sexism. Although most agencies have rigorous policies in place to encourage inclusive staffing, a closer examination of who leaves church employment and why can help us not only hire a more diverse team but maintain and nurture ongoing inclusion.

Craig This is data analyst in the Department of Institutional Research at Wright State University in Ohio.