A view of racial/ethnic clergywomen in the church

Of those clergypersons serving local churches in the United States, 26% are clergywomen and 74% are clergymen (see Table 1).

A Clearer View: Where Do Racial/Ethnic Clergywomen Serve?

The View Gets Dim: Racial/Ethnic Clergywomen by Clergy Status

The data could be sorted by clergy status, by racial/ ethnic designation, and by church size, but the distribution would become ridiculously small. And that in itself is a statement. It is telling that The United Methodist Church, with nearly 8.5 million members and 30,000 churches across the United States, has only 814 racial/ethnic clergywomen to reach out to a nation whose population is 30% racial/ethnic. 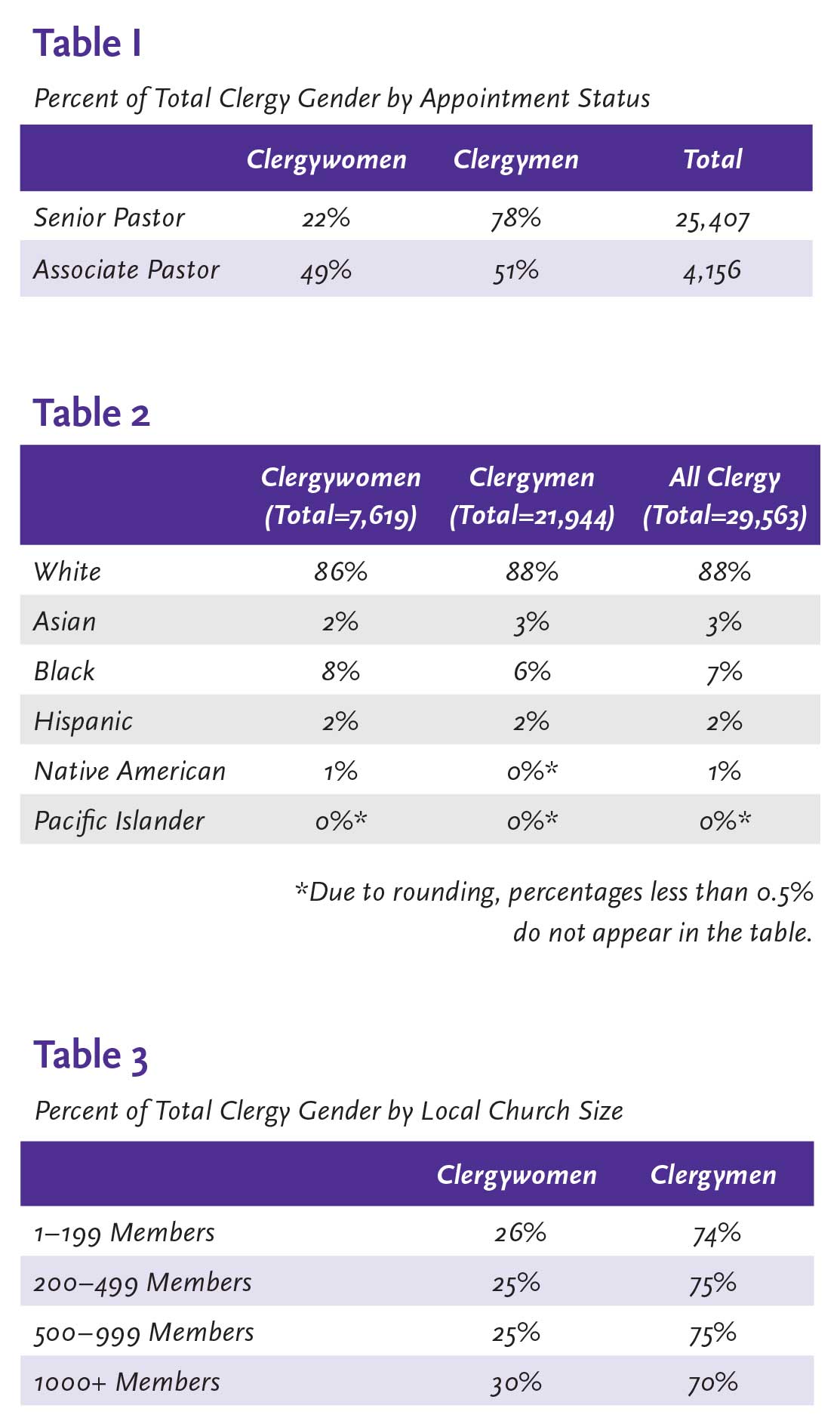 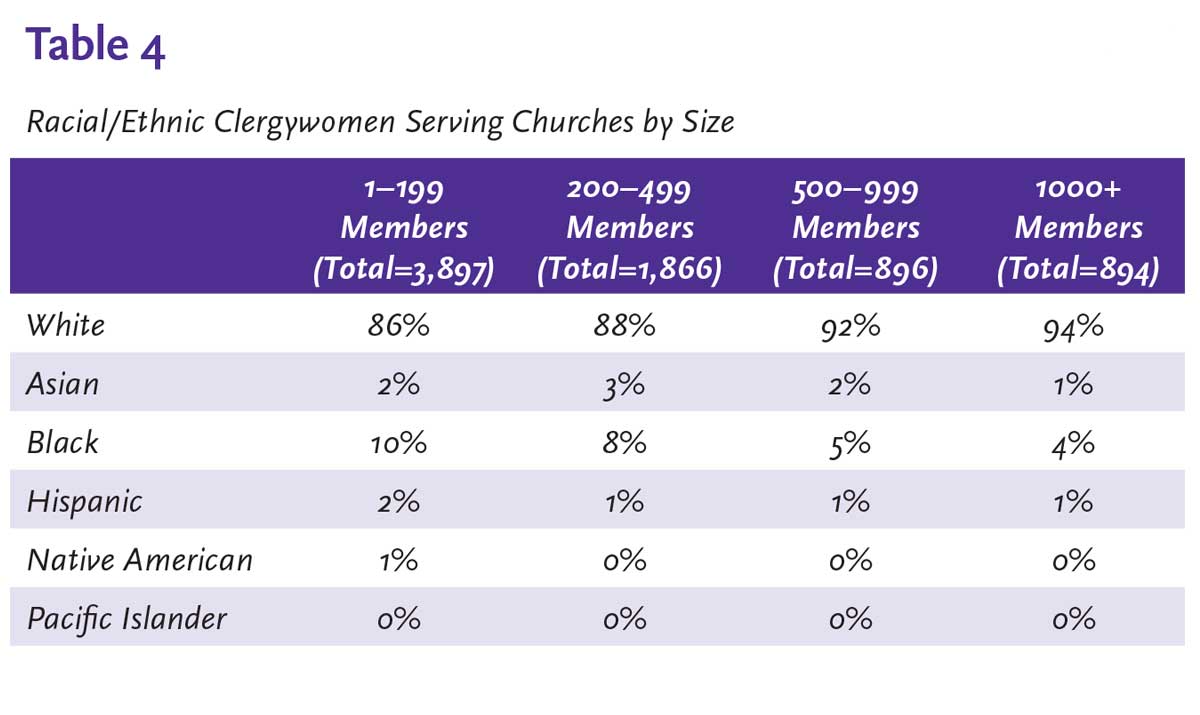 Some will see this data and say, “So what? The racial/ethnic clergywomen percentage matches the percentage of racial/ethnic church members. The United Methodist Church is based on proportional representation. Everything looks fine to me!”

But it isn’t! Sociologists of religion have noted that many mainline Protestant denominations, like The United Methodist Church, which are predominantly white, suburban, and middle class, have sought to reverse their decline by fostering congregations among Asian, Black, Hispanic, Native American, and Pacific Islander constituencies in the United States.