There are 988 delegates who have voice and vote; 29 additional delegates—mainly from affiliated Methodist bodies—have voice. These additional delegates may speak and influence legislative committees as well as plenary sessions. This article and the statistics used herein include all 1,017 delegates because they all have the ability to speak at General Conference. (The next issue of The Flyer will examine the 988 voting.)

It should be noted that the 1,017 delegate count is above the 1,000 limit set forth by The Book of Discipline. Further, the data supplied by GCFA is preliminary based upon initial delegate lists provided by the annual conferences. 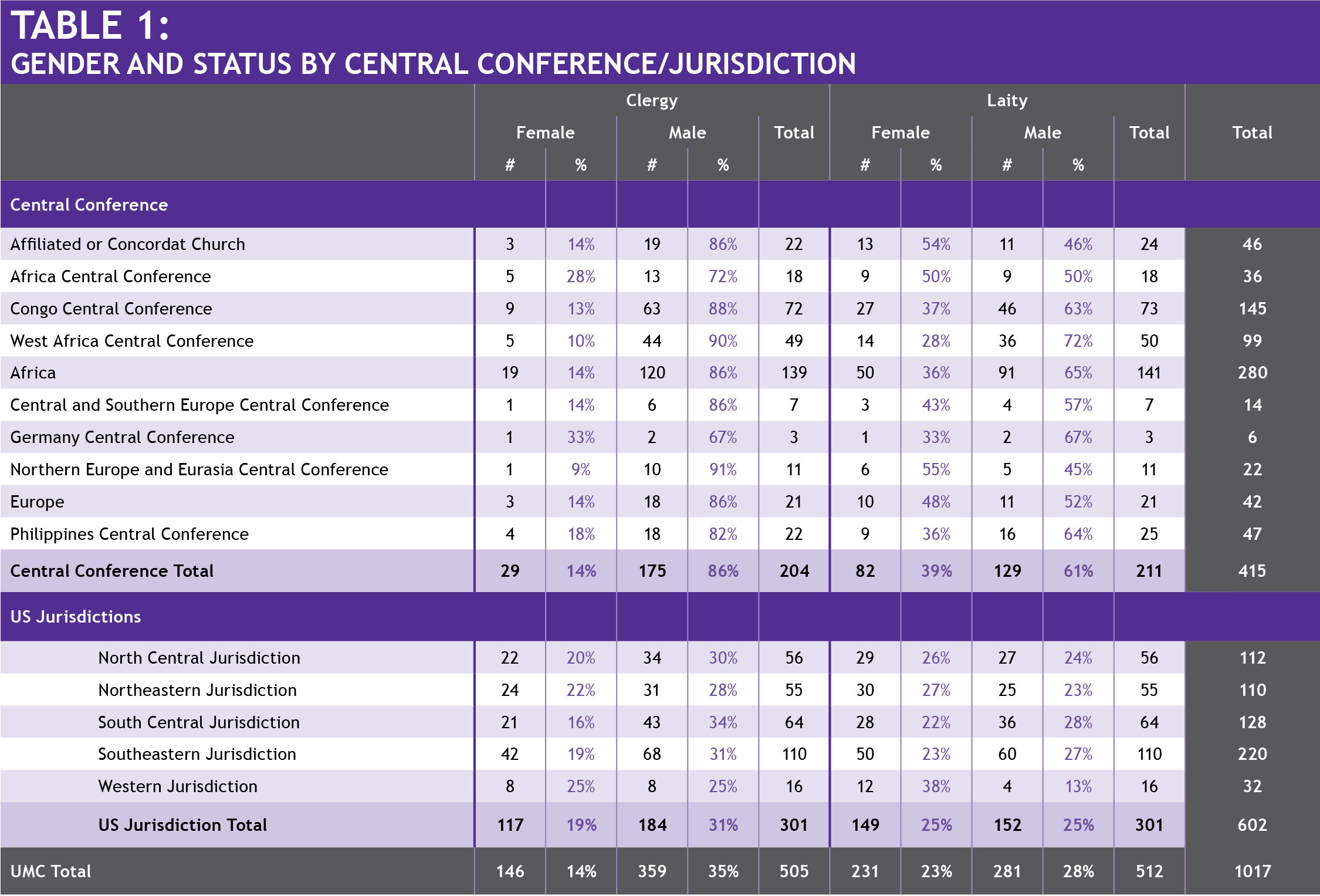 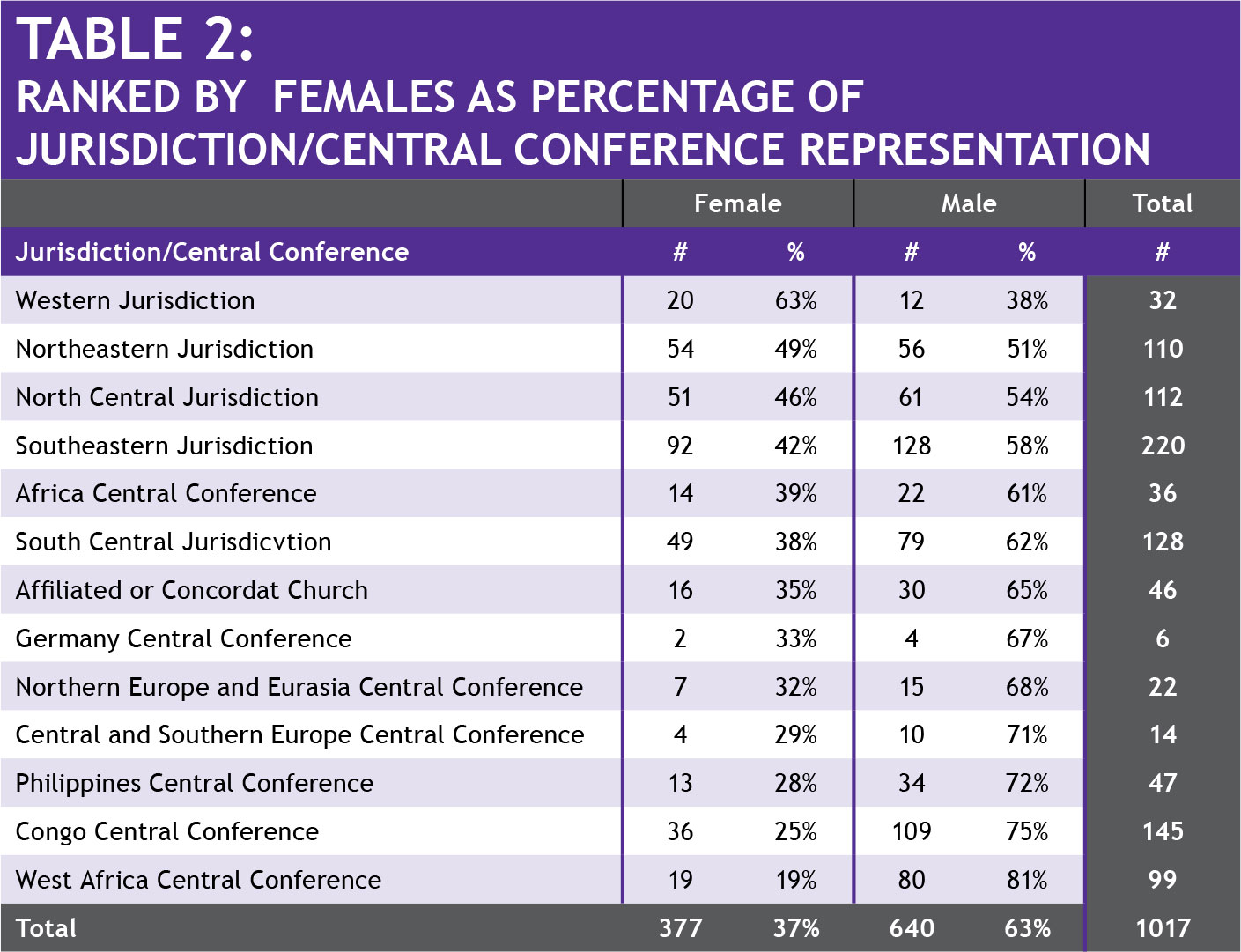 Women represent more than half of United Methodist membership around the world, but only about 19% of all clergy. While women, lay and clergy, represent 37% of General Conference delegates, clergywomen have the lowest percentage of representation at 14% of General Conference delegates (see Table 1). In terms of sheer numbers, there are more clergymen (175) from the central conferences than there are clergywomen (146) from the U.S. jurisdictions and the central conferences combined (see Table 2). The same is true for clergymen (184) from the U.S. jurisdictions and the clergywomen (146) combined. 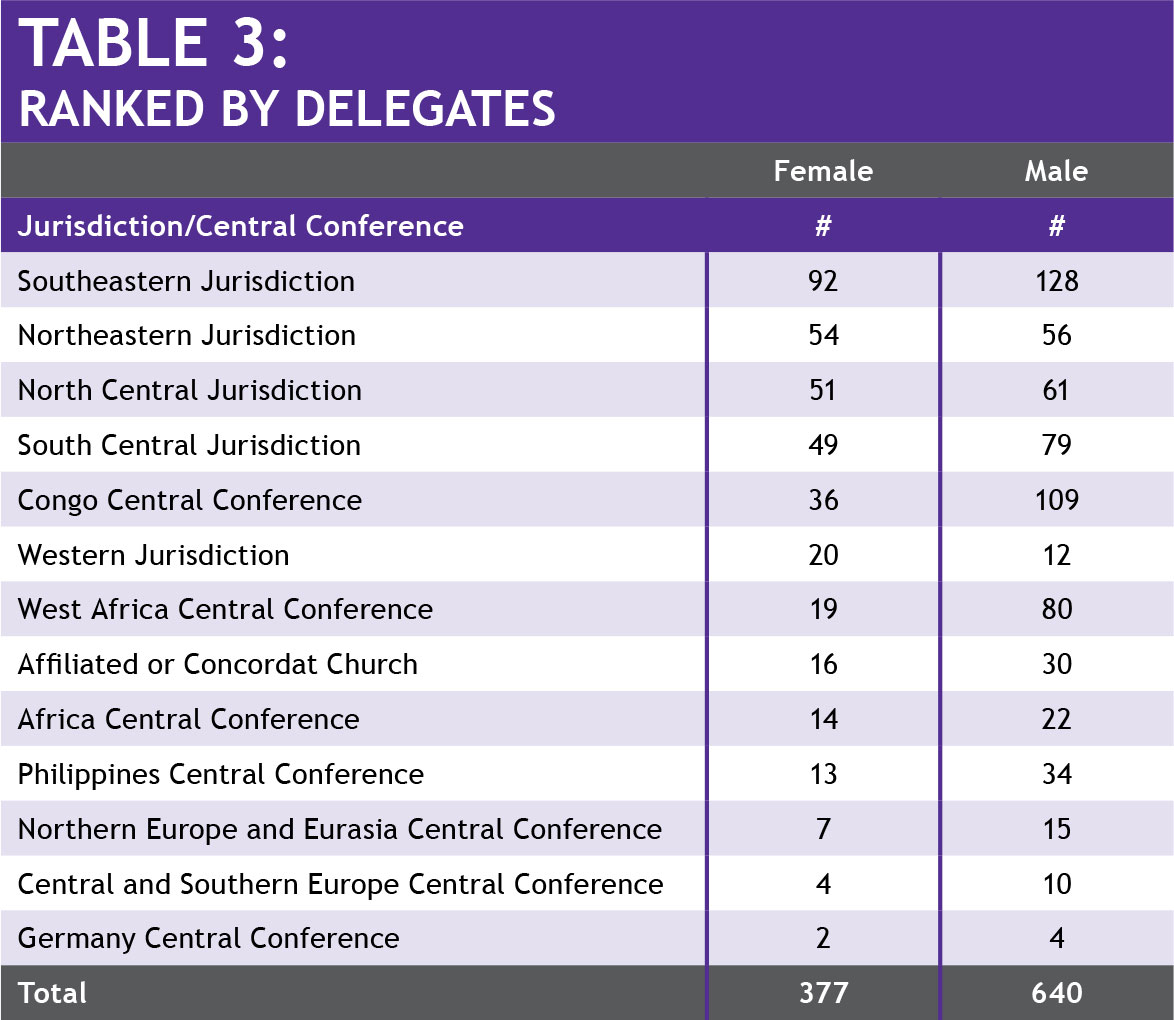 Jurisdictions Ranked by Number of Women