In the next few months, “Women by the Numbers” will look at the racial/ethnic backgrounds of UMC clergy in the United States. In Part I, we will examine how clergy of color are spread geographically. 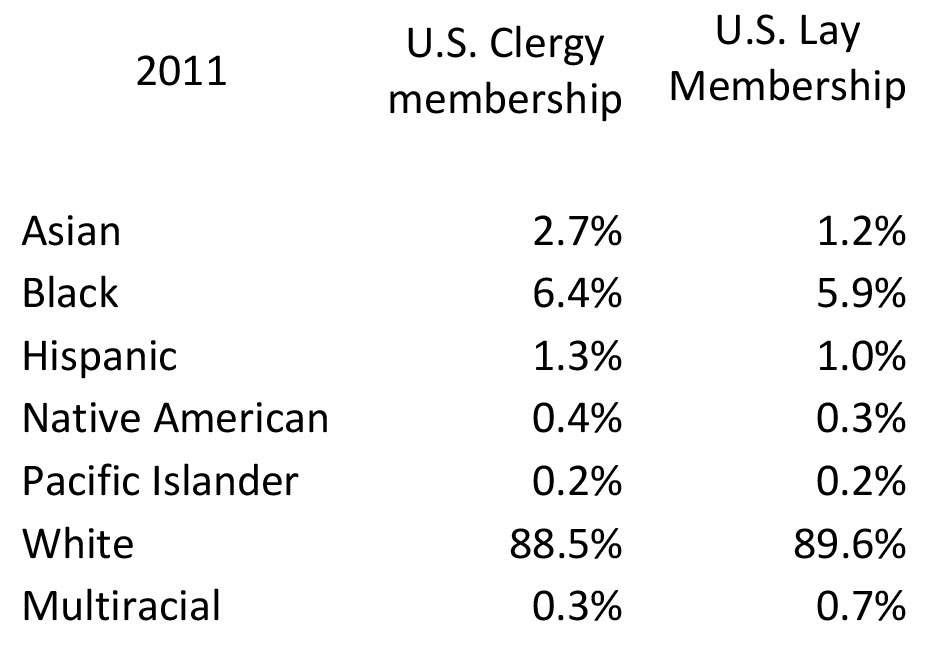 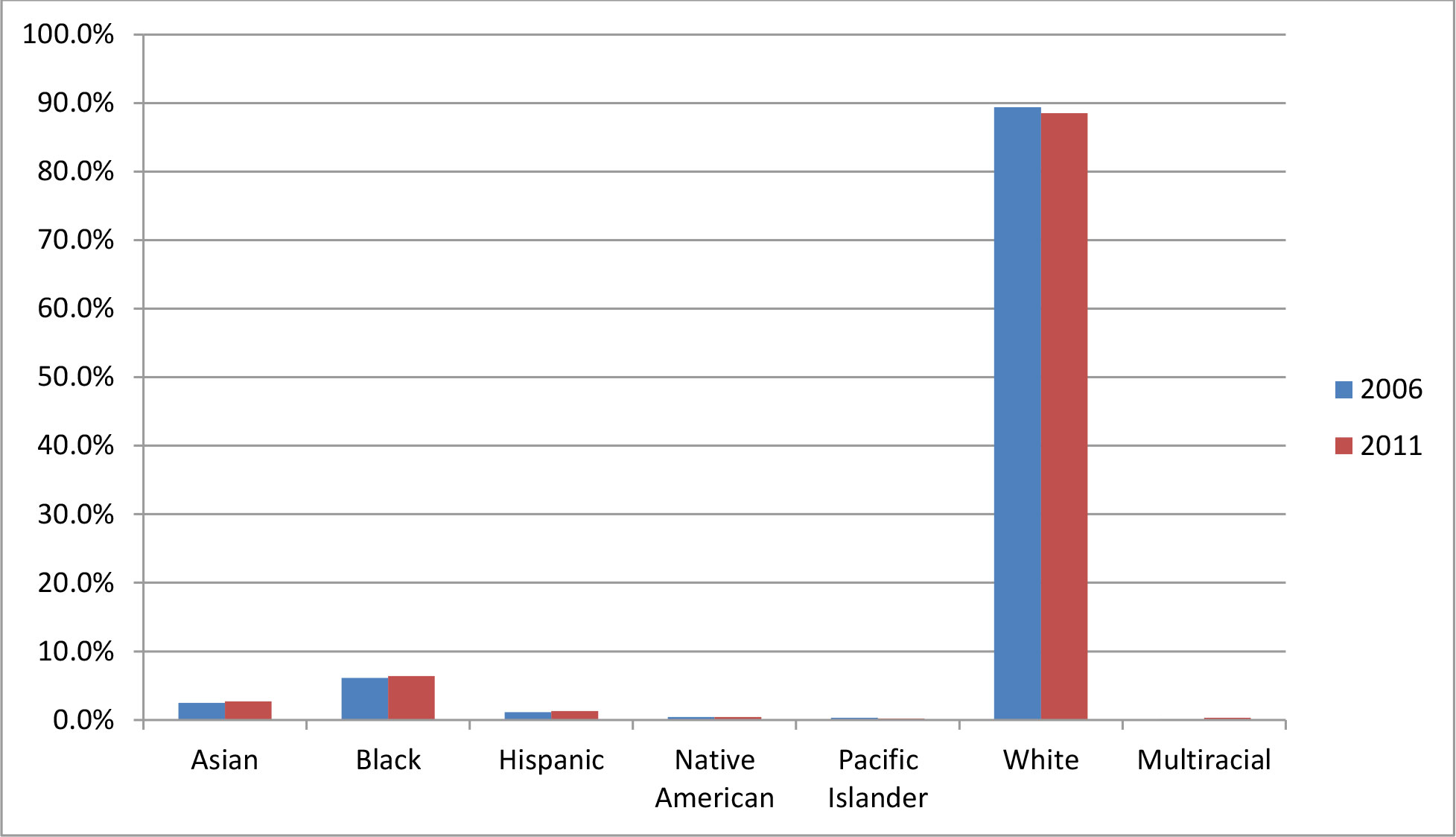 We determined the conferences with the most diverse clergy using three criteria:

Using these parameters, in 2006, the conferences with the most diversity were Baltimore-Washington, California-Nevada, California-Pacific, New York, and Peninsula Delaware. In 2011, the most diverse conferences were mostly the same: Baltimore-Washington, California-Nevada, California-Pacific, New York, and Northern Illinois. However, the diversity is no longer confined to just the Western and Northeastern Jurisdictions. The addition of Northern Illinois moves it into the North Central Jurisdiction as well.

Given the large percentage of UMC members who are White, it is not surprising that some annual conferences have little diversity. However, GCSRW advocates for each annual conference clergy membership to reflect its lay membership proportionally, as has happened within the church in the United States at large.

Concentration of each racial-ethnic category

Last, we look at the conferences with the highest percentage of clergy in each single racial-ethnic category.

Why is diversity important in the context of representation among leaders and authority figures?

What does diversity contribute to Christianity? United Methodism?

How does diversity affect the decision making and spiritual growth of your Annual Conference?

(You can respond on our Facebook page – facebook.com/gcsrw – or by emailing us at [email protected])