Number of clergywomen grows, but growth not uniform

Craig This, formerly with the General Council on Ministries, is a “numbers guy.” His research for the denomination has helped many groups see where they are headed by looking at where they have been. One of the numbers Craig has been tracking relates to the ministry of the General Commission on the Status and Role of Women, and the “where we’re headed” is looking better all the time.

According to Craig, the percentage of clergywomen in The United Methodist Church increased from 11% in 1992 to 19% in 2002, the most recent year for which data are available. Thirty-four conferences had 19% or more clergywomen in 2002. This is good news as we move toward a more representative future. 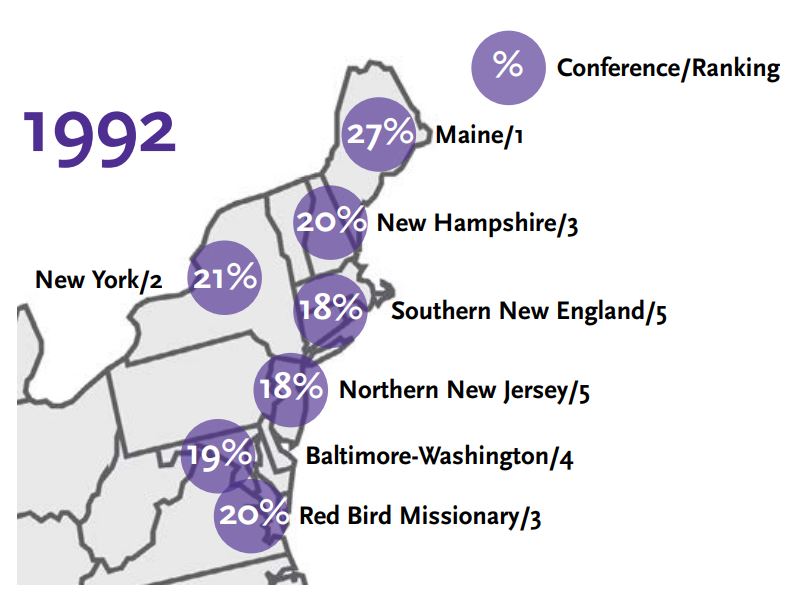 Numbers guys like the “bottom line,” and Craig is no exception. The data show remarkable progress by women clergy from 1992 to 2002, in terms of growth in percentage of numbers. What remains to be examined is the impact of this growth on women in leadership positions across the denomination in being elected bishop, serving as district superintendent, serving on general agencies, being elected to general conference, and receiving appointments to the “big steeple” churches