However, it should be noted that the category of “racial/ethnic women” includes both racial/ ethnic women in the U.S. church and United Methodist laywomen and clergywomen of all races from Europe, Africa and the Philippines. (The current data-gathering methods used by the church do not distinguish between women of color, who are in the minority in the United States, and women in other nations.)

Looks good on paper, but…

Interestingly, three commissions—General Commission on Christian Unity and Religious Concerns (GCCUIC), GCRR and GCSRW— provide 39% of the racial/ethnic women serving as members of the boards and agencies. 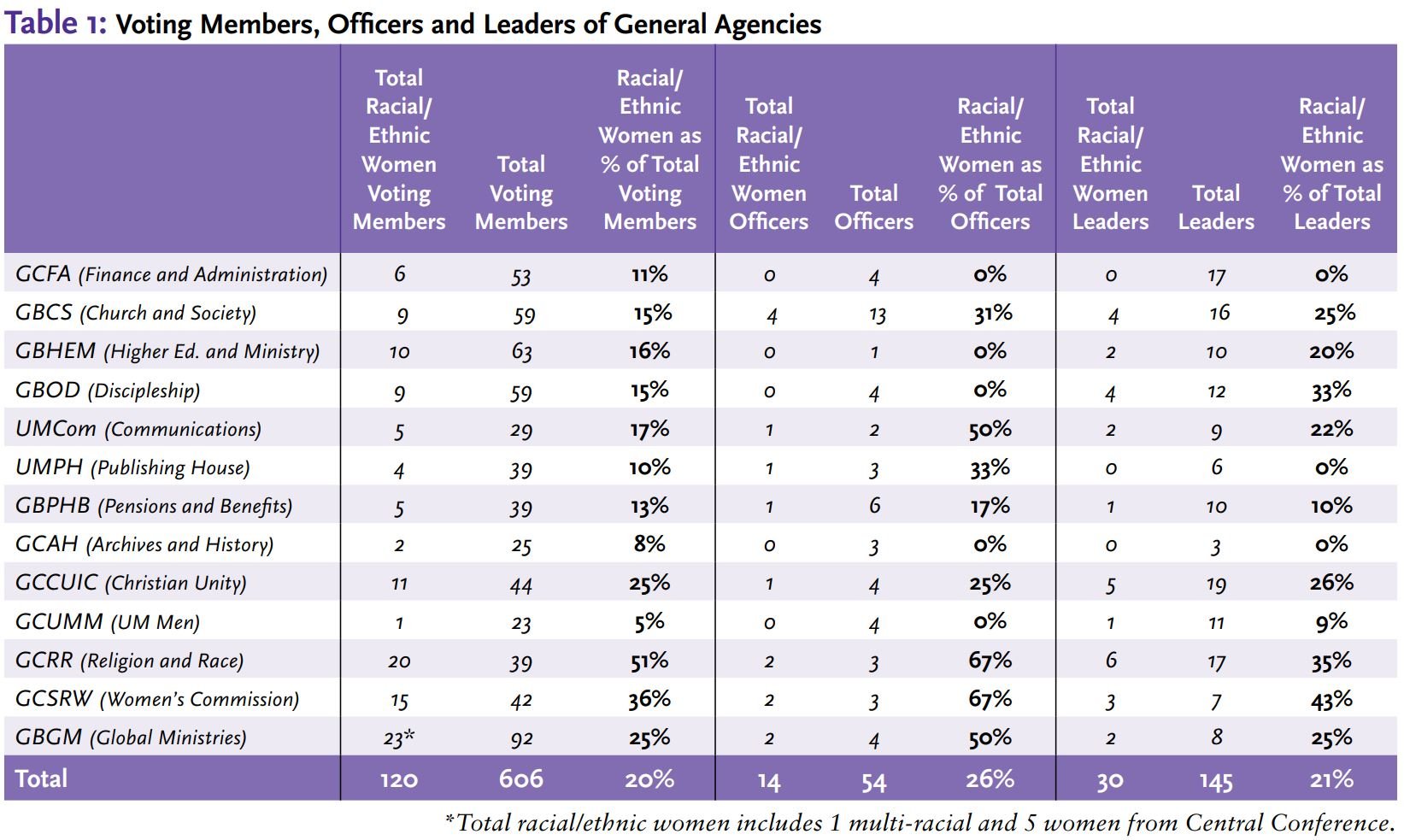 “I was encouraged by many mentors who helped to prepare me for success and to encourage me along the way to see my gifts.”

The four biggest United Methodist program boards (General Board of Discipleship, General Board of Church and Society, General Board of Higher Education and Ministry, and General Board of Global Ministries) provide 43% of the racial/ethnic women serving as members of the boards and agencies. These boards are charged with the educating and training of lay and clergy leaders, worldwide missions and social justice.

The General Council on Finance and Administration (GCFA) has 11% racial/ethnic women serving as members of the board. The Council manages financial and administrative concerns for the denomination.1

(The Connectional Table, not a general agency, is a group that brings together bishops, staff executives and presidents of general agencies, and representatives from caucuses and conferences from around the world to help guide the mission and ministries of the church. Currently it has 18% racial/ethnic women on its board. See Table 2 for more details.)

Racial/ethnic persons currently comprise 31% of the population in the United States. Religion and Race and GCSRW have representation above parity (51% and 36%, respectively); women of color comprise 25% of members on the Global Ministries and Christian Unity agencies. The remaining agencies have percentages of between 5% and 17%. A high percentage of racial/ethnic women serving in two or three general agencies does not provide the diversity that is needed at all levels of the church. Such diversity would help the denomination better understand the context and culture of the various racial/ethnic groups that it is reaching.

While racial/ethnic women comprise 20% of the membership of the agencies, they comprise 26% of the officers and 21% of the leaders (see Table 1). Again, however, the numbers are misleading.

The two commissions (Religion and Race and GCSRW) charged with monitoring racial and gender inclusiveness have racial/ethnic women as officers (67% each). Women of color comprise 50% of the officers for both Global Ministries and Communications. The percentage of racial/ethnic women officers is 33% for the UM Publishing House, 31% for Church and Society, 25% for Christian Unity, and 17% for Pensions and Benefits. The remaining five agencies have no women of color as officers.

The percentage of racial/ethnic women in leadership positions (comprised of chairpersons of committees and task forces) is 21% overall.

“I would advise women to… attend educational conferences or workshops, and take advantage of training opportunities provided by general agencies.”

Joyce Jordan, affirmative action officer for the General Board of Discipleship, Nashville, Tenn. 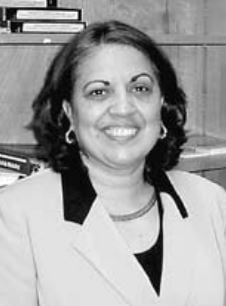 “There are many good people across our connectional church who have never sat with a Native American or heard their story.”

Beyond labels and stigmas

To increase the participation of women of color, U.S. jurisdictional conferences should expand their criteria for choosing agency representatives. For example, what criteria (if any) are being used to nominate the board members? Is it consistent across each of the general agencies? Are there trends of who is serving on which agencies? Do we need to reevaluate how we place people? How can each of the general agencies fulfill its mandate if they don’t have a diverse board to help guide them into what the church can become?

Table 2: Make-up of the Connectional Table

Craig This is a faculty member of the Department of Sociology, Geography and Social Work at Sinclair Community College.