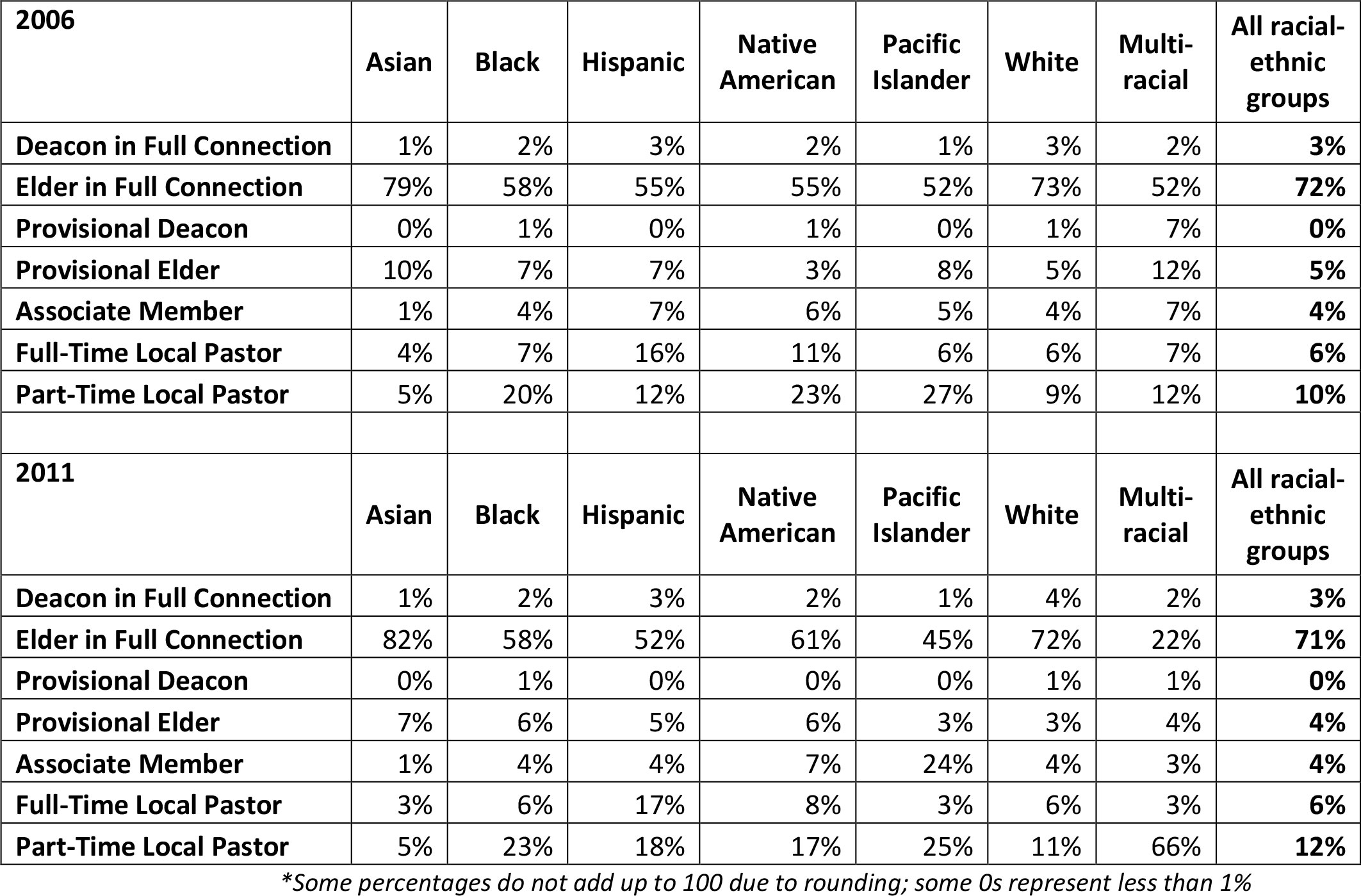 As Table 1 shows, clergy from nearly every racial-ethnic group are most likely to be ordained as Elders in Full Connection, reflecting the national pattern of ordination for the church; however, many groups are over- or under-represented compared to the total numbers. The second largest clergy status for nearly all racial-ethnic groups is that of Part-Time Local Pastors (and is the largest for multiracial clergy), again reflecting the total trend. However, clergy ordained as Elders in Full Connection dropped from 2006 to 2011, while Part-Time Local Pastors’ numbers rose.

When we look to see how each clergy category is made up by Racial-Ethnic group, we see another picture of diversity in leadership. Table 2 shows that Deacons in Full Connection make up the least diverse category of clergy within The United Methodist Church. In 2011, the mix became even more homogenous (of all the Deacons in Full Connection in 2011, 94% are White, 4% are Black, 1% are Hispanic and 1% are Asian). The most diverse category of clergy in 2006 and 2011 was that of Part-Time Local Pastors. 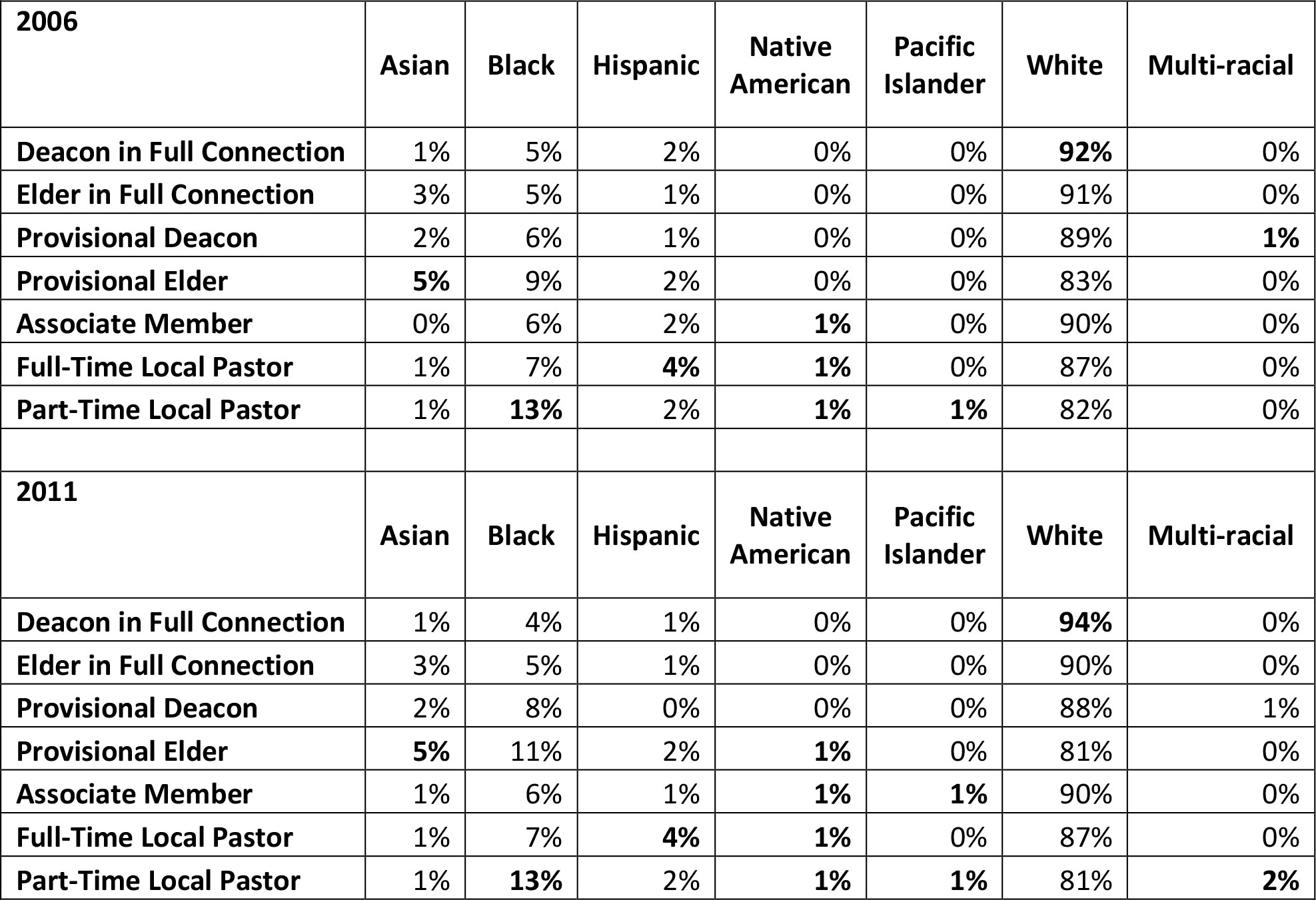 What do these numbers tell us about United Methodist leadership?

Why might Part Time Local Pastor numbers be growing in comparison to other clergy categories?

What factors might lead some racial-ethnic groups to be over or under represented among certain clergy categories? Do all people get the same encouragement/support to go into ministry?

Women by the Numbers examines clergy categories, compensation, and gender and racial diversity.