Percentage of women superintendents on par with clergywomen statistics

Twenty-three percent of the district superintendents serving The United Methodist Church in the United States are women. This compares favorably to the 21% of the clergy in denomination who are women (see table on facing page). From this vantage point, clergywomen are represented in positions of leadership across the denomination.

This lack of women in leadership positions can be seen most clearly when status-gender pyramids are constructed (see table below). These “pyramids” show the female and male breakdowns in each jurisdiction by status: lay, clergy, district superintendent, and bishop.

(from highest to lowest percentages of women DS’s)

By comparing the data side-by-side—as in a pyramid—it allows, at a glance, the ability to see if a particular status is balanced; that is, if percentages are nearly equal, and if not, to which side it leans.

The pyramids show that with the exception of the laity status, all the other statuses lean toward men rather than women. Although it is worth noting that the status of bishop in the Western Jurisdiction is an equal 50-50% split.

The number of United Methodist laywomen exceeds that of laymen in each jurisdiction. The difference, though, is at most 20 percentage points, with both the Northeast Jurisdiction and Western Jurisdiction leading the way 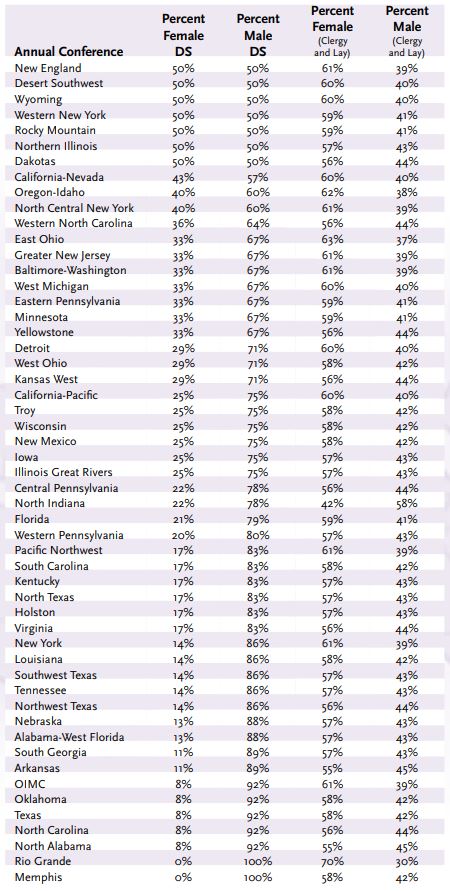