By Erin Kane Director of Research and Monitoring

GCSRW is happy to report that in 2011, the year of the most recent available data (from the General Council on Finance and Administration), The United Methodist Church in the United States has experienced a 13% growth in the number of women clergy, to 11,368 from 10,128 in 2006. The growth comes despite a net decline in overall clergy (men and women) of 53 people in the same time frame, a 0.1 percent decline.

The table to the right illustrates the profound gains of women clergy in the UMC. (The full table is available at the end of the article) 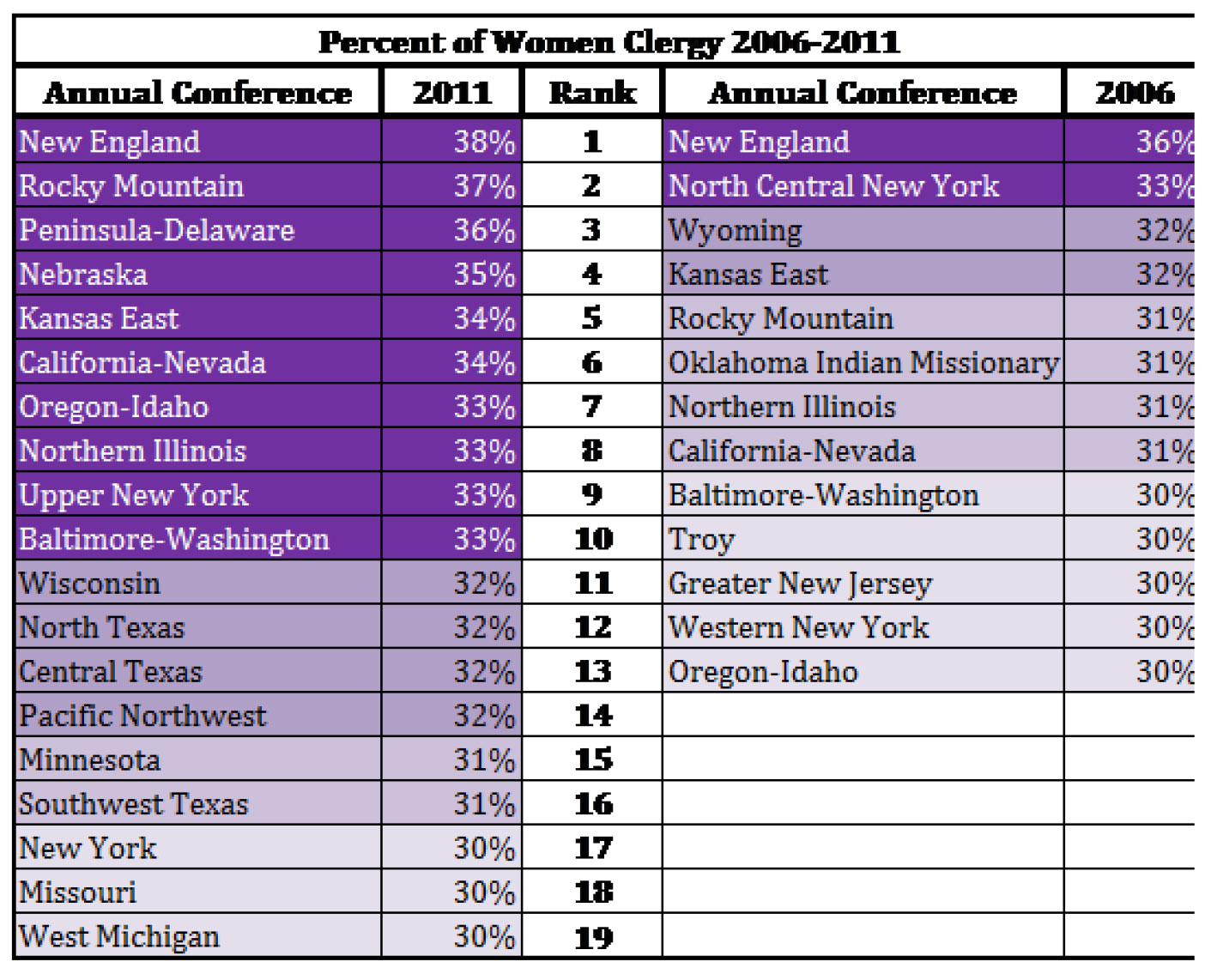 What affected the numbers?

Paragraph 142 of the 2012 Book of Discipline defines clergy as ‘individuals who serve as commissioned ministers, deacons, elders, and local pastors under appointment of a bishop (full- and part-time), who hold membership in an annual conference, and who are commissioned, ordained, or licensed.” 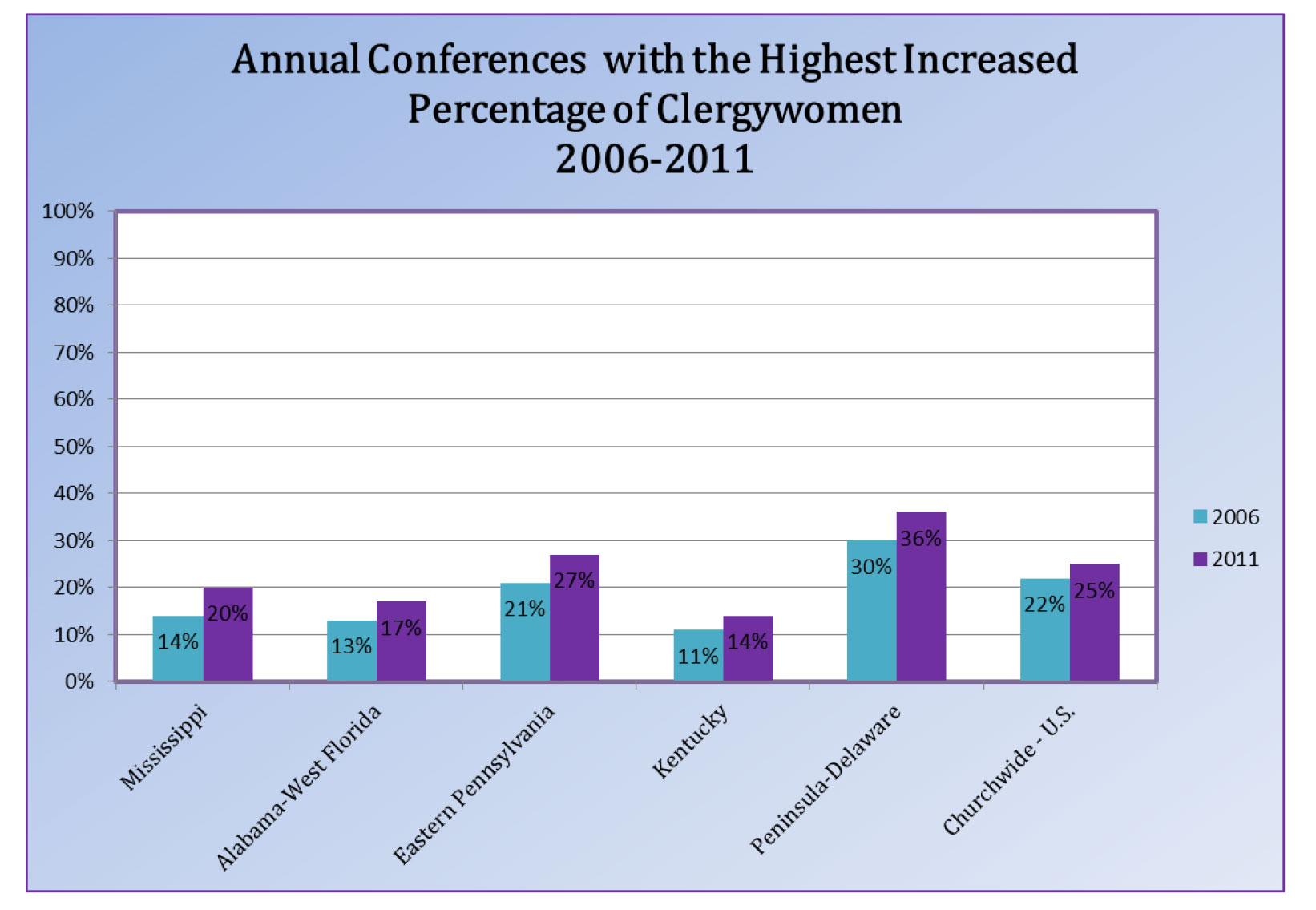 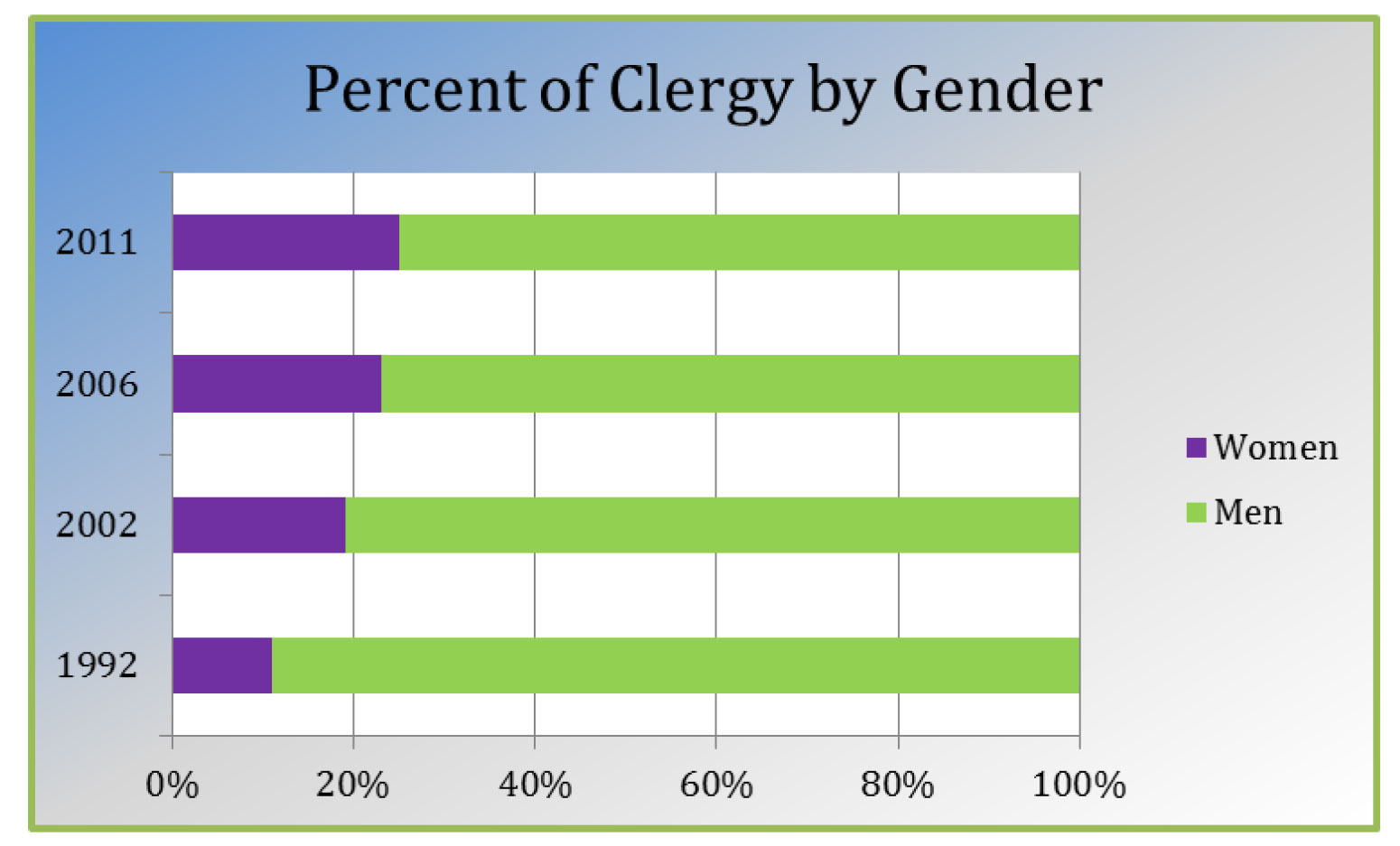 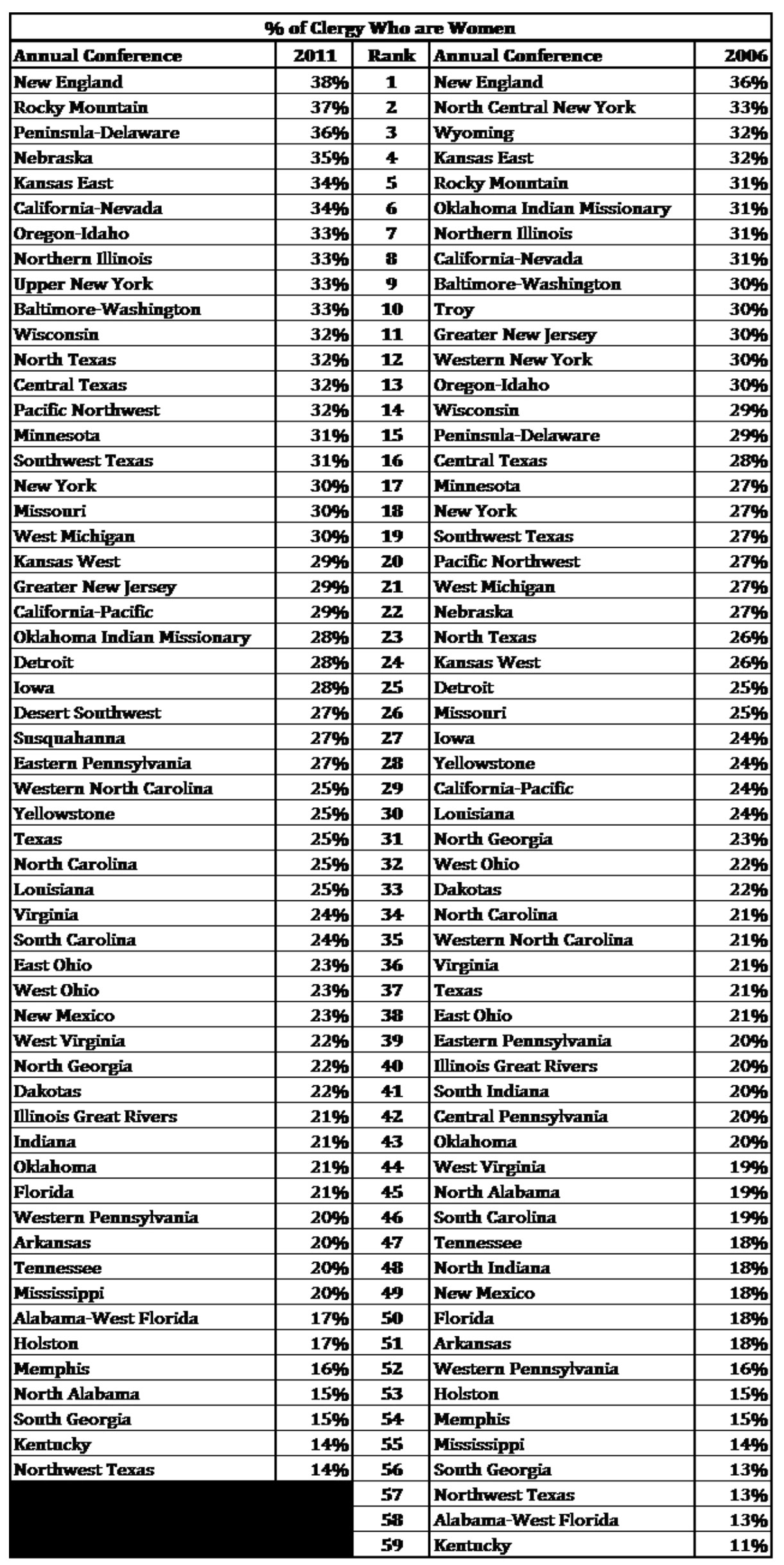