Who are the elected board members to United Methodist general agencies (part 2)?

By Lindsey Graham and Craig This 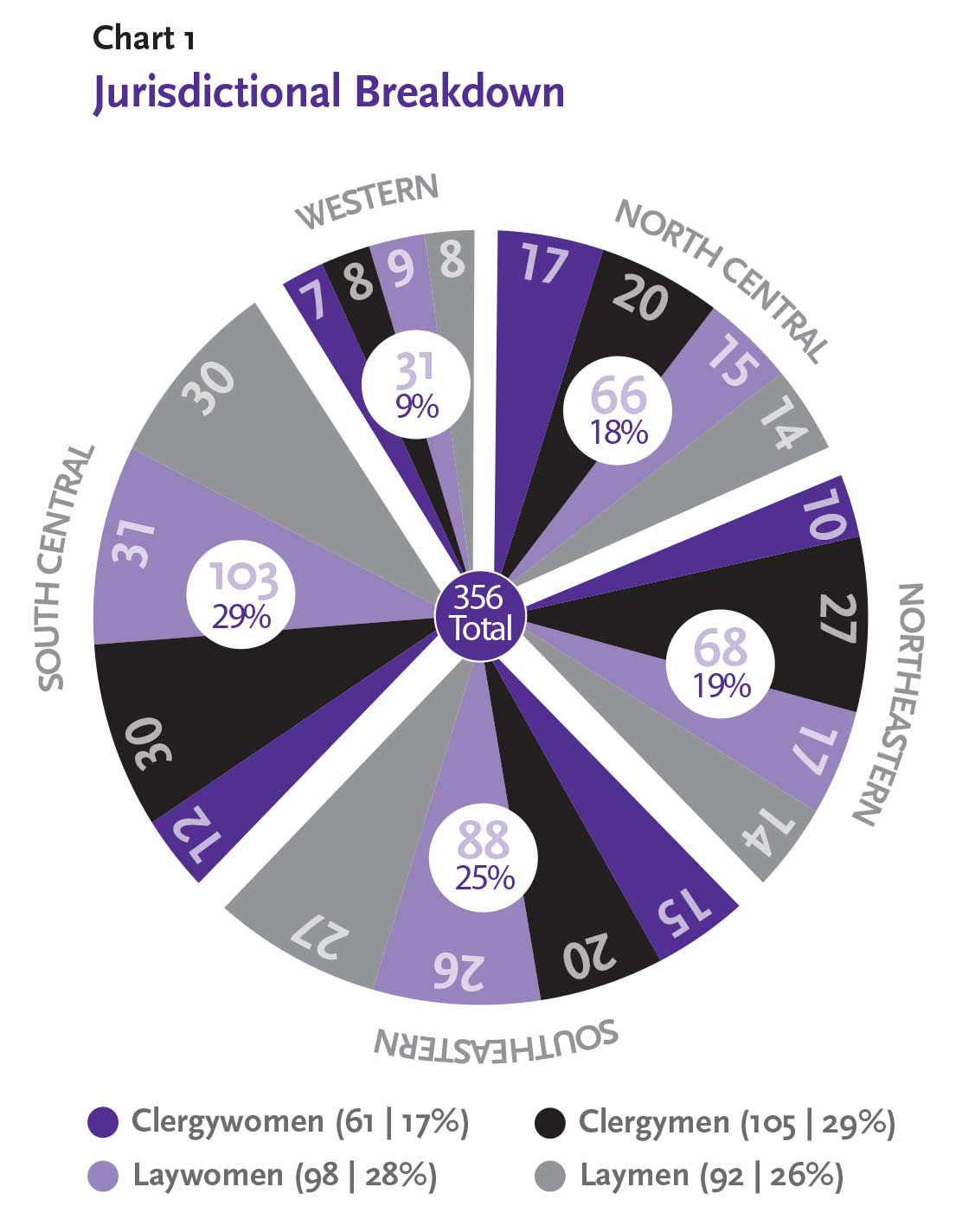 Clergywomen have less representation than clergymen in all agencies, except the General Commission on the Status and Role of Women (GCSRW) (see Table 1). In some agencies, the malefemale representation is almost even. In others, such as General Board of Discipleship (GBOD), there are two clergymen for every clergywoman as a voting member. And the governing boards of the General Council on Finance and Administration (GCFA) and United Methodist Publishing House (UMPH), have five clergymen for each clergywoman. No clergywomen serve on the General Board of Pensions and Health Benefits.

Laywomen fair better. GCFA and General Board of Church and Society (GBCS) have an equal number of laywomen and laymen on their governing boards. Laywomen have a numerical advantage to laymen at the GBOD, the Publishing House, the General Commission on Christian Unity and Interreligious Concerns (GCCUIC), General Commission on Religion and Race (GCORR) and GCSRW.

The question is do these numerical advantages translate into leadership positions at the general agency level? 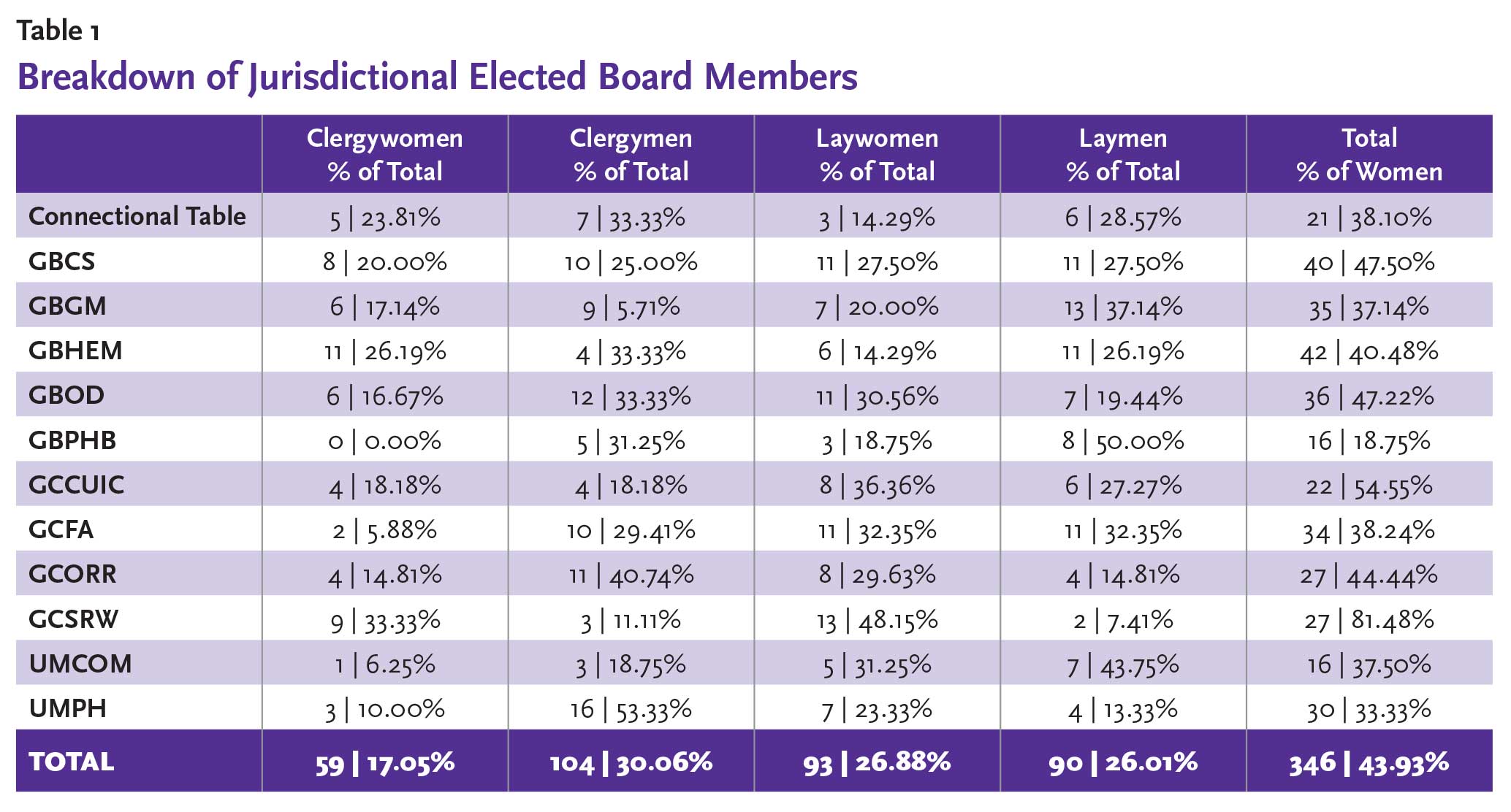 Are the jurisdictional pools the problem?

Laywomen make up 28% of the total membership of the general agencies and, as such, tend to have better representation than laymen in most jurisdictions. Except for the South Central Jurisdiction, laywomen outnumber laymen. However, the laywomen’s numerical advantage is nothing like that of the clergymen’s numerical advantage of clergywomen. Laywomen outnumber laymen in most jurisdictions by a total of two persons and not two times as many.

Paragraph 705 of the 2008 Book of Discipline recommends that the jurisdictional membership on each program board incorporate one-third clergy, one-third laymen and one-third laywomen. The general agency membership numbers show that this is not the case.

Clergy make up 47% of the total general agency membership and neither laywomen (28%) nor laymen (26%) approach one-third representation. The problem lies with the jurisdictions and their inability to provide a greater diversity of representation of individuals to serve at the general agency level. It is time to challenge all U.S. jurisdictions to claim our denominational call to be a more diverse and inclusive church at all levels.

Lindsey Graham is website coordinator for GCSRW.
Craig This is data analyst in the Department of Institutional Research at Wright State University in Ohio.