Within the month of June in American Methodism, a large majority of annual conferences gather for the business of the denomination. Perhaps the idea of connexionalism shines brightest during this time, as every regional body connects and collaborates to focus on the mission and ministry of local churches, while also deliberating about the future of the denomination at its next quadrennial general conference. Each time Methodists meet, they represent the variation of hierarchies that the Church has in an array of ministries. During this month, the General Commission on the Status and Role of Women celebrates its connexion within Methodism and the value that it brings to the United Methodist Church’s ministry to and with the world. For the past fifty years, GCSRW brought significant ministry to the denomination, and it will continue to do so in its future!

In the earliest days of the Methodist movement, John Wesley and countless others described their work as a connexion (emphasis on the Old English spelling). The idea of connexion is one in which “all leaders and congregations are connected in a network of loyalties and commitments that support, yet supersede, local concerns.” (1)  These connexions signified a different kind of collective ministry built on the episcopal style of polity but differentiated from congregational polity. Within these connexions, Methodists gave their offerings to establish retirement possibilities for aging circuit riders, provide educational opportunities for orphaned and impoverished children, and educate the circuit riders with doctrinal materials so that they could continue to spread the message of prevenient, justifying, and sanctifying grace. This type of connexionalism grew into a worldwide denomination of the United Methodist Church and offered a unique type of collaborative ministry for Methodists across the globe. 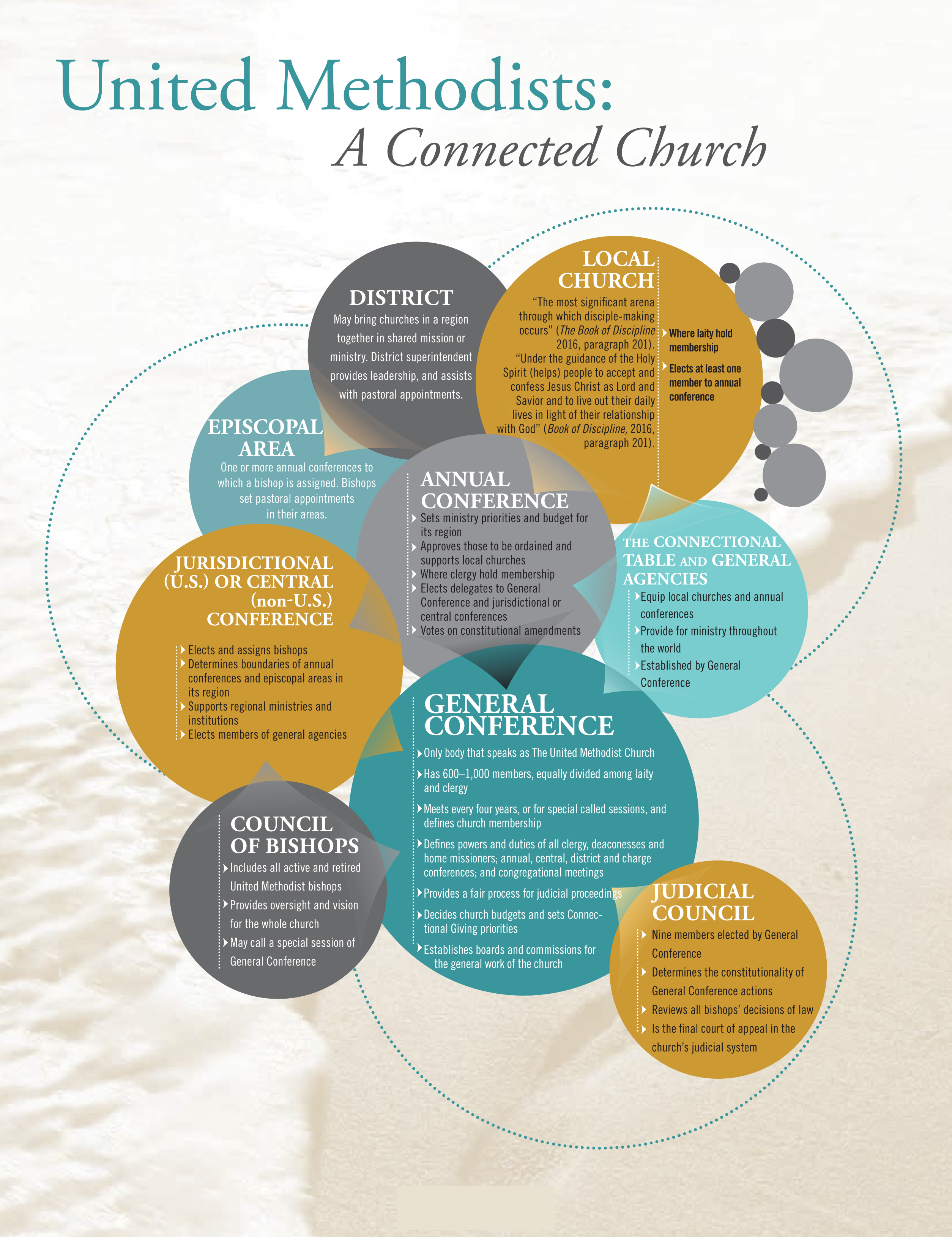 GCSRW’s ministry focuses on the connexional nature of the denomination. In just the last quadrennium, GCSRW expressed connexion with its global partners. Connexionalism allows the collaboration of all UMC agencies on the Interagency Sexual Ethics Task Force, which facilitates the quadrennial event, “Do No Harm,” and also focuses on the key issues arising within the denomination in regards to sexual ethics. Most UMC agencies also committed to cutting their negative impact on climate change and working toward net-zero emissions in their offices and travel.

GCSRW facilitated a “Do No Harm” training in the Philippines for conference leaders to learn how to prevent sexual misconduct and how to provide healing as our UMC values dictate, as the #metoo movement is global and not an isolated issue. Similar training occurred in Africa covering sexual ethics boundaries training events and the prevention of misconduct, as well as how to establish and follow the complaint process within a contextualized legal system. GCSRW has stood by and will continue to stand by survivors of sexual misconduct within the United States and across the globe. In GCSRW’s work with women, it created spaces for sharing personal narratives, encouragement, and safe spaces, including for the women bishops in the denomination. Further, GCSRW offered all of these connexional opportunities on top of simply being present to listen to one another, both in celebration with one another and in a supportive community.

As a general agency of the United Methodist Church, GCSRW’s services are available to all levels of the UMC’s denominational governance. Here is just a sample of how a variety of Methodist levels can implement and utilize GCSRW’s resources and services:

The relationship of connexionalism brings Methodism to life in a multitude of ways, from personal relationships to polity. Because of the connexionalism within the United Methodist Church and its focus on the full participation of women and minorities in the church, the general agency of GCSRW received its charter fifty years ago and continues its work now and into the future. These networks allow the denomination to address the most pressing contextual and contemporary issues from a standpoint of grace and social holiness. In 2022, we give thanks to those General Conference delegates that saw the contextual need for women’s fuller participation in the denomination and the necessity of the creation of GCSRW.